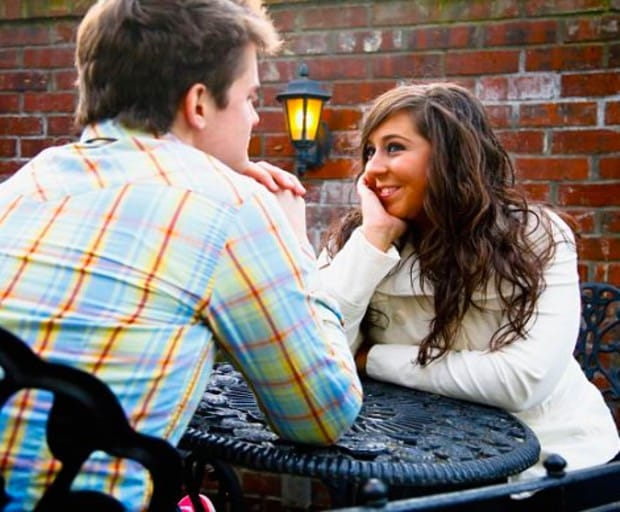 Have you ever wondered why certain people get together, or why some people are attracted to a specific type of person?

RELATED Why Do Men Think Mature Women Are So Hot?

For example, let’s take a look at men who are specifically attracted to capable women. These ladies seem to manage having a fulfilling carer, friendships, their family and perhaps a couple of kids. While other women may be in awe of exceptionally capable women, why don’t all men find them appealing? What makes others seek the damsel in distress instead?

I’ve done some research on this topic and like any form of attraction,it all comes down to personal preference. Yet, where does this preference come from?

The psychology of attraction

The psychology of attraction is really interesting stuff and has been studied for years. There’s a lot to it. Actually, a heck of a lot to it with many different theories. I always found one of the most intriguing theories of attraction based upon how people end up with a particular who are so much like their opposite sex parent. Not in looks necessarily but in traits and personality. Seriously, how on earth does this happen?

Obviously, this isn’t a conscious thing. People don’t intentionally seek out a surrogate of their opposite sex parent and the mere mention of the similarity is a total turn off. Dear old Sigmund Freud didn’t think so, though – he studied this theory for years. But perhaps old Sigmund had some serious mummy issues!

In reality, there’s much more evidence to support this attraction being based upon familiarly. This is why certain men will be attracted to capable women and why others won’t find them appealing. Sure, she may be gorgeous, sexy as all hell and have a super appealing personality, but something deep down inside a man will tell him that this lady, despite her obvious beauty, really isn’t for him.

Like it or not we generally seek out partners with whom we feel familiar. That feeling begins when we are babies and for most of us our first familiar bond is to our mothers. We hear her voice, heartbeat and body working while we’re inside the womb and we seek this familiarity out once we are born. This provides us comfort as babies and why this initial bond is such a significant one. It’s been studied relentlessly and has been found as a key determinate in all prior relationships.

Bonding is helped along by the release of oxycontin, the love hormone. Hopefully you can see where I’m going with this. This hormone makes us feel good, and like anything that makes us feel good, we want more! So basically, when a man meets a lady with similar personality and traits to his mother, oxycontin is released and it makes him feel good, hence, attraction begins.

Obviously there’s way more to attraction than mothers, bonding and oxycontin. There has also got to be physical attraction, compatibility and a whole range of other factors. However, this does help us understand why certain people find particular traits more appealing than others.