Are You Having An Emotional Affair?

Cheating can start earlier than you think.

I’m no stranger to the destructive power of emotional cheating.

I met a guy when I was 16 and was instantly besotted, in a 16-year-old kind of way. He was charming, funny, incredibly handsome, and he made me feel I was the most extraordinary girl on the planet. He spoke to me like I was sublime, beautiful, valuable; all the things a woman of any age wants to feel.

He lived in another state, but it didn’t matter; we texted constantly. He called me nearly every night, and we discussed everything from how our respective days were to the mysterious formation of the universe. When we were in the same city, I was beside myself with excitement to see him. When we met, I’d run to him and he’d hold me tight, like nobody else existed. Just us, in our own world, sheltered from everything else. Disgustingly cliched, right?

He had a girlfriend.

I never considered it an issue; we were just good friends. Nothing had ever happened between us aside from hours of idle conversation, laughter, and spine-tingling hugs. I was totaled, hopeless, unspeakably addicted, but I would never admit it to myself. In constant denial, I insisted the affection was purely platonic.

I could dismiss this as a simple adolescent infatuation, if it hadn’t continued until well into my 20s. I bore painful witness to not one, but three of his relationships, from their initial honeymoon stages to the cataclysmic downfalls. He revealed details to me that make my teenage self blush and my adult self decidedly titillated. Things no girlfriend would ever want their boyfriend to share with another woman.

As for the breakups; I was his first port of call. For months, when each girlfriend went on the downhill spiral, he would call me in tears, begging for my comfort and advice. I cried along with him, telling myself it was because I was sorry for his suffering. Really it was because of my own desperate love for him, and devastation he wasn’t crying over me.

But still, I insisted we were, ‘just good friends’. 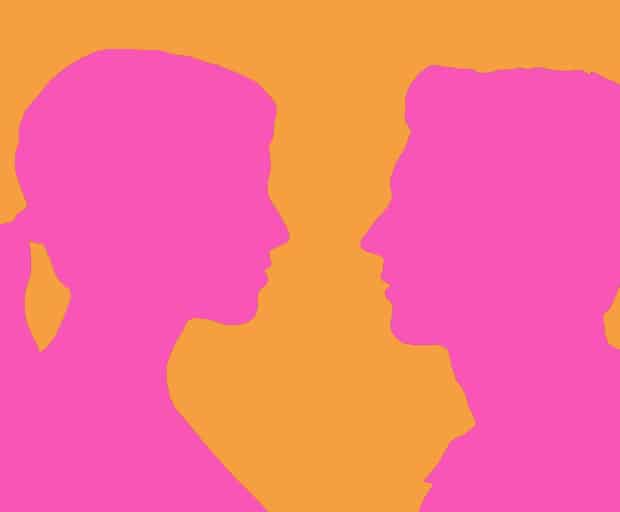 By my early 20s I knew I was in love with him. So in love. The great toxicity was he knew it as well. Fully aware of the emotional flood-tide I was presenting him with, he couldn’t resist the blanket of comfort I so willingly provided for him in his hour of need. Every hour of need. It was beyond torturous.

Finally, after his third relationship went spectacularly south, we met up. Both single, both exhausted, both entirely emotionally spent. We prattled on about topics too banal for me to even register. The emotional stakes were so high it frightened me even thinking about them. We knew what was on the table; the question was who would play the first card. In the end he played the hand.

We slept together that night, and he told me he loved me “a little bit”. The 16 year-old me would have fallen to her knees with joy, but the 23 year-old me knew it wasn’t enough. I deserved more. Although my heart had been split in half, that night provided the bizarre sort of closure I needed to let him go. Not in the sense of a conquest accomplished; I just knew I had experienced the most I could ever have from him.

I haven’t seen him since then, and I’d be lying if I said my feelings for him had completely vanished. But the lesson I learnt was that an emotional affair, regardless of whether you are the cheater or the cheatee, can be just as destructive as a physical one. If we’d slept together while he was in a relationship, I think the effect would have been less catastrophic. I would have known instantly it was wrong and moved on much quicker than I did, for his sake as well as my own.

While most emotional affairs are never consummated, emotional cheating is a legitimate concern in the world of psychology.

“Many people maintain secret or semi-secret friendships when there is a clear mutual interest or attraction, while others may not be interested but encourage others’ interest in them for the sake of boosting their own ego or distracting themselves from a sense of boredom with their partner.”

For that reason, there’s a significant chance you may either be in one right now and not be aware of it, or have been in one in the past. It’s an surprisingly easy trap to fall into, whether you’re the cheater or the cheatee.

So if you’re in a committed relationship, look out for the warning signs. Texting or talking that reveals too much of your emotional life to someone on the outer can be the first red flag. Spending more time alone with someone you’re attracted to than you do with your partner can be another.

You may not be ‘just friends’, but you are also not first in their heart. All you are doing is entertaining a situation that leads to self-destruction, not to mention the potential downfall of a relationship not initially doomed to fail. Wise up and get out of there. You have the emotional discipline, use it. Talk to your partner, see a relationship therapist, and above all, break it off your dangerous liaison before it consumes you.

Emotional affairs are a treacherous path to tread, and nobody emerges the happier from them. However, with a little mental discipline, courage, and honesty, you can eventually clamber your way out of the woods.

Comment: Have you ever been in an emotional affair, or do you know someone who has?