Why Are Assertive Women Labeled ‘Bossy’?

I am the type of person whose mind is constantly ticking. Politics, religion, feminism, fascism, socialism – really any kind of ism – they all race through my mind at an alarming rate.

To feed this thirst for thought, I spend entire afternoons Googling every scrap of information I can find about whichever topic I’m currently fixated on, from one end to the other of the argument spectrum. I try to live by Aristotle’s timeless saying, “It is the mark of an educated mind to be able to entertain a thought without accepting it.”

I’m a leader. When I believe in something I’m entirely outspoken about it. When I have a good idea, I’ll make sure it’s acted upon. And above all else, I have the confidence in my own mental capacity to assert myself without even a whiff of self-consciousness.

However, this was not always the case. Up until the start of last year, I had about one tenth of the conviction I have now. Although I was still a confident girl, I avoided taking the lead unless I absolutely had to. If I expressed an opinion and someone contradicted it, I would laugh nervously, tell them I was mistaken, and go along with whatever they said. It didn’t matter if every moral fibre of my being screamed ‘No!’, I feigned submissiveness.

Because no matter how good my ideas were, no matter how convincing my thoughts, and no matter how strong I was in a leadership role, I was subject to a particular label. It’s the word I am least enamoured with in all of the English language; the other ‘b’ word women endure if they show more than a shred of intellectual autonomy: ‘bossy’.

Assertiveness, being self-assured, and strong leadership skills are seen as traditionally male qualities; claimed by men and unwittingly handed over by women. If women display these qualities, we are called ‘bossy’, another way of saying we need to get back in line and adhere to outdated sexist preconceptions demanding submissiveness and docility.

This is actually a common trend, especially in business. According to an online survey Deloitte Global conducted in February and March of more than 1,700 professionals, 40 per cent of the women surveyed said they occasionally held back opinions to avoid being considered ‘bossy’ or ‘aggressive’. Even our sexuality is attacked; if we have killer careers it’s assumed we must be single, lonely, and sexually frustrated.

“She needs a good lay,” is a saying I’ve heard one too many times from co-workers trying to justify an assertive woman with good leadership skills.

It’s certainly not just men who perpetuate this; women are absolutely instrumental to the stigma. From my observation, men and women have two separate reactions to voicing a strong opinion. Women will be snarky and sneer at their compatriot, whereas men will laugh and attempt to cut the offending woman down. 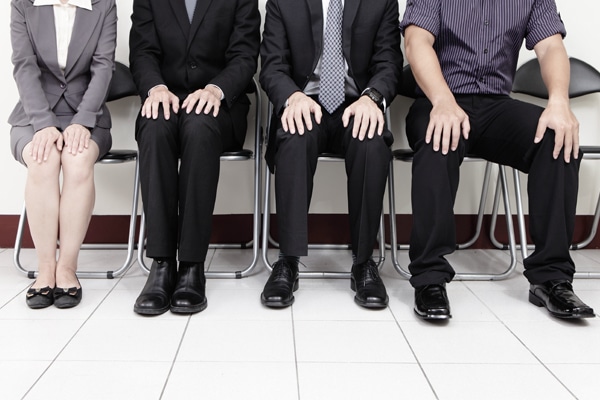 A perfect example of this happened to me not too long ago. I had conversation at work with a good male friend of mine, and a couple of new staff who had started the week prior. The chat centered around me one day potentially going into politics; a whimsical notion I was only half serious about. We discussed what policies I would introduce, what I would push for most, even what I would wear during my maiden speech. The banter was jovial and genuinely friendly, until another male friend decided to butt in.

“Politics?” he scoffed. “What kind of qualifications do you have to do that?”

I was a little nonplussed by this reaction. He and I were genuinely good friends (or so I thought). He’s a smart, well-spoken guy with opinions of his own. I knew he didn’t agree with my political views, but it had never been a problem.

“I’ve got three degrees,” I said, surprised at his tone.

“Pfft, whatever,” he said, and gave me a filthy glare. The other staff looked at me, puzzled, but we continued our banter.

However, the atmosphere was now decidedly different. Over the next half hour, regardless of my continual attempts to remain diplomatic, this particular co-worker continued to nonsensically insult my education, interrupt me constantly, and laugh whenever I gave him a challenge he couldn’t answer. He even made a dig at my age.

“When did you graduate high school?” he asked me condescendingly.

“2006,” I replied, my blood simmering. I could barely keep a lid on it, but somehow I managed to remain polite.

“What about you?” he asked one of the new staff.

My tormentor grinned and looked at me with contempt, “Exactly,” he snapped, folding his arms.

Aside from the blatant ageism he was displaying, this was a ridiculous play as we are both very much in our 20s.

I was becoming angrier and angrier as he continued trying to show off to the new staff by systematically cutting me down. I had dared to express an ambition and opinion, and he was trying to embarrass me because his perceived territory was threatened. However, what made me truly furious wasn’t the digs, interjecting, or sarcasm. I was seething because I knew for a fact he wouldn’t dare to do the same thing to one of the men on staff. He didn’t have the will or the guts.

After thinking this through, I identified other similar incidences where male friends had refused to listen to me, but egged on their buddies. I thought back to college, when girls would roll their eyes and complain whenever I (always perfectly politely) suggested a particular way of doing things in a group project. Finally, I even cast my mind to primary school, when teachers were constantly saying, “Daisy, stop being a bossy boots!” Did they ever say this to the little boys in my class? Nope, not once.

Over time, I’ve learnt to discern an intelligent debate, where all parties are listening and considering each other’s thoughts, from a sexist series of put-downs. Now, rather than giggle and succumb to avoid conflict, a little voice in the back of my head whispers, ‘Don’t back down.’ I’m no longer afraid to volunteer my leadership skills if I think I can be productive, and I will strategically debate anyone, male or female, into a corner if the occasion calls for it.

It is so important to have courage in our convictions whether at work, socially, or in the home. We must also be unafraid to take charge. If you’re passionate about something, instigate it. If you know you have a really good idea, say something. Don’t let the anxiety of being labelled the ‘b’ word get to you. The more we rally against it, the faster ‘bossy’ will be replaced by ‘leader’.

Comment: Have you ever been called ‘bossy’, and did you find it offensive?