One of Australia’s most interesting swimwear and apparel designers, Mosmann Underwear is seriously making waves (in all senses of the word) on both a domestic and international level. The Australian swimwear and apparel brand is known best for their trendy swim shorts which offer maximum relaxation and practicality – while still looking good.

Boasting a large selection of both mens and womens swimsuits and apparel, Mosmann Australia has gained a strong audience for it’s innovation and trendy designs.

RELATED: The Fine Art of Swimwear Design with Sara Winfield

Mosmann Australia started off with four friends carrying a special selection of mens underwear, which looks good, feels good, and most importantly reflects the relaxed yet sophisticated Australian lifestyle. 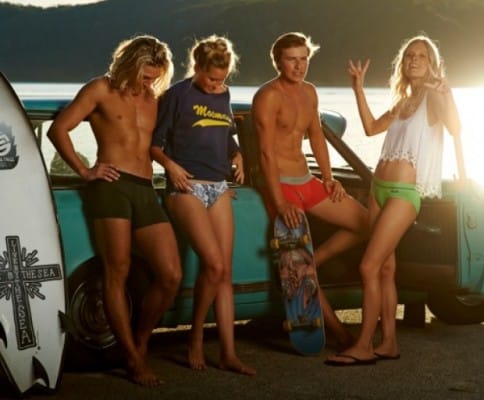 As a result of their ongoing success, the crew introduced a large selection of mens and womens underwear and apparel, which followed the same design ethos. With offices popping up in the United Kingdom, France, Brazil, USA, and Japan just to name a few, Mosmann Australia has become well known for their quality design and the ability to look and feel good in any garment.

You can shop the collection exclusively online, and enjoy free worldwide shipping on purchases over AU$49.