Avengers: Age Of Ultron Big On Effects, Short On Girlpower

If the world was ending tomorrow, we’d have to rely on a bunch of super-handsome and super-geeky superheroes – predominantly male – to save us; at least, according to the world of Disney’s and Marvel Studios’ red-hot, new movie release Avengers: Age of Ultron, that is.

RELATED: Date Night Movie: Furious 7 Is A Hell Of A Ride

This new blockbuster is both super entertaining and super long, but I also found it to be super lacking in women in powerful roles, it must be said (I’ll refrain from using any more “supers” now, I promise). My husband and I were fortunate enough to attend a media preview screening last week; our respective reviews are below for your reading pleasure. 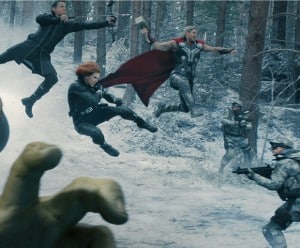 But it was the film’s performances by the female avengers – Scarlett Johansson and Elizabeth Olsen (pictured below) – which I found most interesting, intriguing, pleasurable and fun. Here, Scarjo rocks a black leather catsuit like no one’s business and I relished seeing a female actor in such a strong, central role. Also, is she actually pregnant in this movie? Maths isn’t my strong point, but it would seem so.

And the same goes for the equally freakishly beautiful, fabulous and kick-arse Elizabeth Olsen, who’s actually a very strong, central character at the heart of the film and far more deadly and sinister than most of her male counterparts, too. Thank God for these two characters, otherwise the film would get lost in an endless sea of ‘mine is bigger than yours’ male fisticuffs, yawn.

So, where the hell are the other strong female characters? Are we really to believe only men can perform superhero duties? Puh-lease – we women are hard-wired for birth, after all. But I know there’s a script to stick to, sure – it’s the sequel to 2012’s The Avengers and the 11th installment in the Marvel Cinematic Universe (MCU). 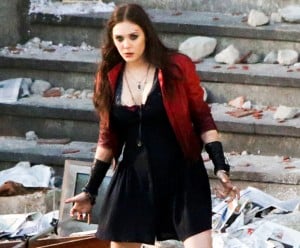 And while the film’s many, many fight scenes are spectacular, I started to grow weary of them in the second half of the movie; writer/director Joss Whedon’s film is epic – no doubt about it – but it’s also bloody long and bloated. If you shaved half an hour or so off that film, plus packed additional interesting lead female roles, it’d be a damn right better film, in my opinion.

And my favourite male avenger by far? The super-manly and charismatic Jeremy Renner, who plays a tough guy with all the best one-liners, yet a committed family man to boot. Now, that’s hot. Incidentally, in real life the US actor is a doting dad of two daughters with another on the way.

Avengers: Age of Ultron is breaking box-office records with colossal earnings around the globe; go see it if you like your action adventures big, bold, long and male-dominated.

I give it a solid two out of five robots. 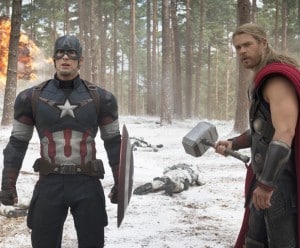 Short on story, big on effects, this 3D tale of good vs bad is a feast for the senses. The opening sequence alone is worth the admission price.

Massive fight scenes – which borrow a little from the X-men – are broken up with bite-size chunks of comedy and romance. Blink and you’ll miss the story line, but who cares! I’m having so much fun watching these superheroes interact and beat the hell out of the baddies that a complex plot might just get in the way.

I give it three out of five robots! 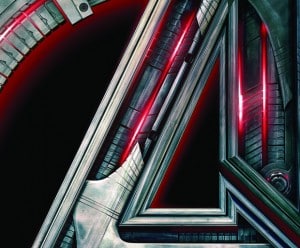 Avengers: Age of Ultron is in all good cinemas now.