Why The Bachelor Is Bad For Your Relationship

Confession time: I love The Bachelor – aired on Network Ten twice weekly. I adore its delicious schadenfreude; what woman (or man, although my husband hates it so much, he has to leave the room) hasn’t yelped, whooped and cringed at the TV every time The Bachelor’s Blake Garvey (pictured) – he of the gorgeous, chocolaty voice – gives that blank, shutters-down I’m-about-to-send-you-home look to one of his many poor, smitten lasses in the mansion!?

I’m addicted and I can’t wait to see whom Blake chooses – #teamsam all the way!

But behind this reality TV show’s ridiculous, over-the-top romance and glamour lies an ugly, well, reality which can ruin your relationship if you’ve not got your head screwed on right: I’m not even kidding.

For The Bachelor strongly perpetuates the I’m-a-princess/life-is-a-fairytale myths that are so hazardous to women’s emotional and mental well-being and relationships. Sure, what woman wouldn’t want to be whisked away for a romantic, champagne picnic date atop the Blue Mountains, or even taken in a limo to eat a #dirtystreetpie for that matter, but when the cameras stop rolling, what will all the rejected women be left with?

Are they all now going to expect to be carried off into the sunset on luxury dream dates every time with their future partners? “Where’s my helicopter/vintage car/limo!? Dammit, I just WANTED BLAKE!”

And every instance one of the poor, deluded lasses in the house utters the immortal words “I’m so touched Blake arranged this special date for me and wanted me to experience this…” my heart dies a thousand deaths.

Blake didn’t “arrange” anything, you silly lass!? Dude just shows up and I’m fairly certain does exactly what those dastardly producers tell him to do. Witness the rise and fall of model and fashion designer Laurina Fleure (pictured below), for example, she of the aforementioned #dirtystreetpie and #hetouchedhiseye Twitter infamy, who was booted off the show last Wednesday night. 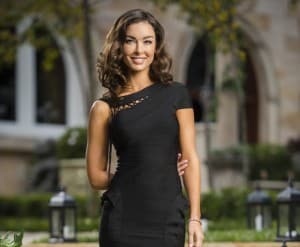 Her downfall came after she dared to be quite rightly offended when Blake gave her the ol’ blank, shutters-down I’m-about-to-send-you-home look, complete with a dirty eye scratch for good measure.

I cheered on Laurina as she left the mansion, head held high. And while she was a very divisive character – her “Melbourne is amazing” real estate rant at the end was priceless and cringe-worthy, and her extreme lack of empathy for the other women in the house was appalling at times – I still admired her for sticking to her guns.

What woman wouldn’t be a tad confused, even a little offended, if told to dress up to the nines then taken to a pie takeaway shop? I believe The Bachelor producers (and poor, old Blake for that matter) realised very early on that dramatic, out-there Laurina made for good TV, despite hers and Blake’s lack of compatibility, and so they strung her along right until the end – the final six, for that matter.

Even Laurina herself has recently said she and Blake were “flogging a dead horse” when it came to their “relationship” and I use the term loosely. The producers continually hung her out to dry in unwinnable situations and therein lies the danger of these heavily contrived TV dating shows. They’re entertainment, not reality. The fairytale is not real. And, as I’ll teach my daughters, if you go through life expecting to be treated like a princess, ala The Bachelor contestants, like some passive Cinderella-like character, waiting to be swept off your feet and not in charge of your own destiny, you are only setting yourself up for a fall. True love exists, but you need to be in the driver’s seat, not a passive participant expecting Prince Charming to find you.

And it’s barbaric and demeaning to say the least to see multiple women competing for the affections of one man. At times, while watching The Bachelor, I wish I could race to the women’s prison, sorry luxury mansion, and set them free!

“There’s a whole world of men out there, girlfriend, go get happy with a man of your own!” I’d yell at them, before feeding them cupcakes and champagne.

“Or, better still, get happy within yourself first, sister, then look for your partner.”

For life ain’t no fairytale. The romance and love part is easy – it’s the keeping the happily-ever-after bit alive in a marriage that takes deep love, trust, commitment, friendship and endless patience and forgiveness.

The Bachelor airs every Wednesday and Thursday nights at 7.30pm, with the finale on Thursday, October 2 at 7.30pm. 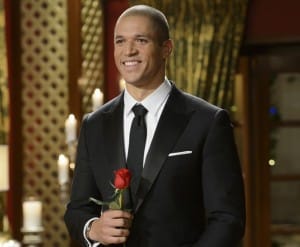