The Bachelor Ep 11+12 Recap: Intruder Rachel Gets The Arse

Few moments in life are as painfully awkward as the horror realisation that the person you’re smitten with really, really isn’t that into you, at ALL. And so it is for poor, hapless The Bachelor Australia “intruder” – food blogger Rachel, 29, who – aside from seemingly having an actual, bizarre aversion to food – woefully misinterpreted her fleeting moments with our Bachie Sam Wood, aka Woody, as being positive.

Of course, Rachel’s days were numbered in the previous episode 11, when she failed to show any maternal side at all when each of the six remaining contestants were charged with directing a bunch of actual, real live children – “eww!”  – in a sporting obstacle course. C’mon ladies, wise up – any fool can see kid-mad Woody’s looking for an instant breeder?!

Bizarrely, this episode was also characterised by Woody’s apparent meltdown, whereby shit got too real for the manly hair helmet and he flat out refused to send any of the final six women in his harem home in that night’s rose ceremony. After counselling a sweaty, upset Woody, has handsome host Osher actually clocked up enough clinical hours to quality as a practicing psychologist?

In this latest episode, Rachel’s bags were clearly already packed and sitting outside the mansion of misery, with her limo on stand-by, going in to this latest rose ceremony, when Woody finally sent her home. Seriously, what took him so long? Every time he interacted with Rachel he resembled a man who’d swallowed a fly. Or was the producers’ delight in seeing Rachel offend every other woman in the lady-prison too much and what ultimately saved her from eviction the previous night?

And, here’s the thing – we’re down to the final five women now before “home-town dates” and I feel like the series has started to lag. Sure, new “intruder” the very hot and accomplished Lana, 27,(pictured) has clearly turned Woody’s head, but is there any doubt he’s going down to the wire with hot favourites FTW: Heather, 29, Snezana, 34, and Sarah, 26? I could be wrong, but I reckon Nina’s next to get the big boot – there’s a reason she’s only had one date with Woody thus far. 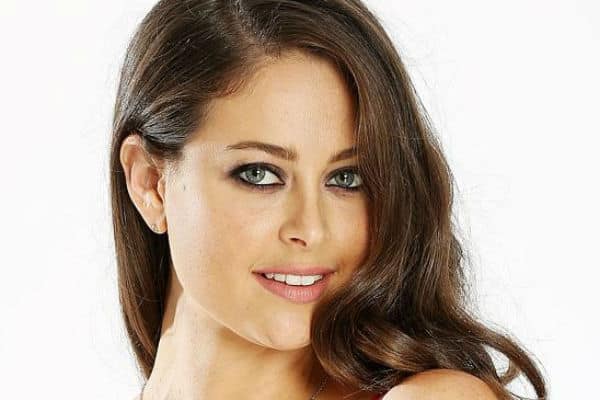 And, aside from the usual ridiculous amount of camera time devoted to Nina’s weird tongue action when she’s fired up and her general, eye-rolling rage, much else of note happened this Ep12. Er, aside from a gratuitous nudity grab where the women’s sexual frustration was further heightened by Woody stripping down to unbuttoned pants at an art gallery group date – hello group assignment hell! Dude does have a good torso and oddly alluring nipples, I’ll give him that.

In other news, WTF is with Heather’s bizarro grandma outfit which keeps flashing onscreen? Did the women also have to play fancy dress as their fave nanna? Our hipster dudess is wearing a furry cardi mess, pearls and ugly hat – where was the Network Ten stylist here? Did she make like Emily, and also do a runner?!

I’m also loving with some ridiculous degree of schadenfreude, the “original” four remaining women’s extreme discomfort at having to share Woody with newcomer Lana. It’s like: “How dare you come in late and think you can date our group boyfriend, bitch?!” And it’s not just the mansion of misery’s new resident bad gal, Nina, (pictured) who feels this way. The gorgeous Snezana has been giving Lana such seriously good side-eye game, that side-eye queen, Italian movie goddess Sophia Loren would be proud. 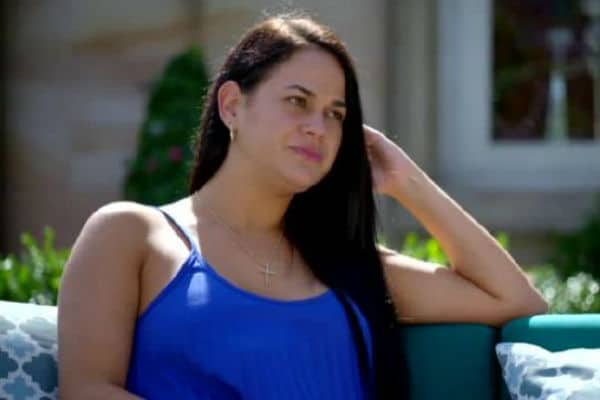 Ooh and cue much hilarity at watching the lovely luminous Sarah, now the series’ youngest contestant, fawn over Sam’s alleged romantic overtures in setting up a make-out couch overlooking Sydney Harbour and presenting her with alleged diamond earrings he picked out for her. “I can’t believe you did this?!” Um – well – he didn’t, on both counts. Well played, dastardly Bachelor producers. Oh and her cute, OTT declarations that a performance by an Opera Australia soloist “was the most incredible thing I’ve ever experienced” and “she made me feel things I’ve never felt before” left me wondering if she’s more in love with the Bachelor lavish date porn experience, than the actual Bachie Wood.

So, to wrap up, some answered questions: Can Woody actually handle – gasp – harem favourite Snezana having a nine-year-old daughter? When is someone going fix nice Osher up on a date? And can sourpuss Nina cause any more havoc and hate in the house before she too is sent packing? And, above all: when will Heather finally just take home the prize – Woody and his oddly hairless golden torso (pictured) – once and for all?! Stay tuned for more The Bachelor hilarity and humiliation galore… 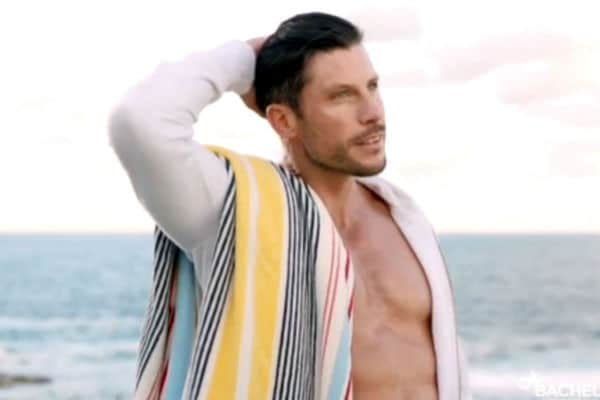