The Bachelor Ep5 + 6: The Battle Of The Brunettes Ends In Tears

Does anyone else feel like The Bachelor Australia has morphed into a The Hunger Games-style drama, whereby the reality dating TV show’s producers are striving to devise new, torturous and humiliating ways to kill off, although not quite literally, the contestants?

Ep6 quickly became a battle of the brunettes after Ebru, 31, and Jacinda, 33, and Bec, 28, are thrown into a “groundhog date” ala Groundhog Day to test how the girls “handle things when the chips are down,” to quote Bachie Sam Wood, aka Woody as I like to call him. Cue yet more humiliation galore as the poor lasses are each, in turn, subjected to the date no one wanted, all in order to ascertain who was this season’s most uptight lady, ala #dirtystreetpie Laurina, from Season 2.

What a mean-spirited way to whittle down the numbers? The scantily-clad ladies were all forced to endure a fake limo flat tyre test; a hair-raising and (dampening) jet boat ride on the Sydney Harbour; a flirty, OTT and rude waitress in a restaurant and a disgusting serving of inedible “delicacies” including fried crickets and duck tongue, I think, although my eyes were rolling back into my head and I can’t be sure. Yummy!

After much stoic, admirable and fake excitement at every twist and turn, you’ve got to hand it to the ladies – they each hold up well in the wake of Woody’s perverse pleasure, with him naturally in on the joke at the ladies expense.

And here’s the thing: I can’t work out if Woody is so emotionally retarded that he couldn’t foresee the women’s natural upset at this degrading scenario, or is he just a very, very good liar when it comes to soothing their ills? I mean, what a way to make women feel special, right?

And what the actual fuck: why is charity worker Rachel, 28, who’s barely been on screen the entire time and somehow made it through to the top 10 women seemingly without spending five seconds with Woody, now akin to the show’s narrator? Is she extra hot?

It quickly becomes apparent that Woody can well imagine getting, erm hard over Bec (pictured) and Ebru, despite the latter’s over-zealous baby talk, but he ain’t got no trouser love for poor, old Jacinda, who I both like and really feel for. Sigh. 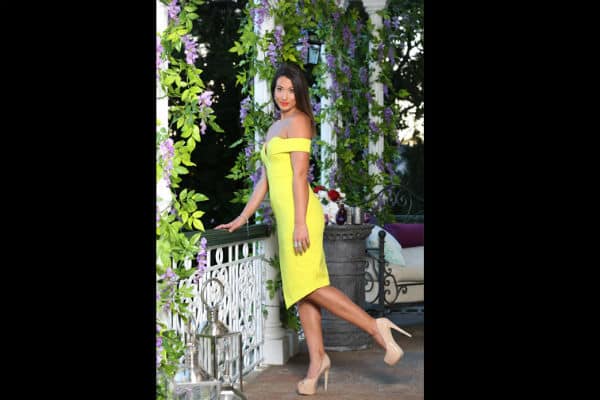 All the women fall apart to differing degrees – causing widespread drama, drama, drama in the mansion of 1000 tears – when they inevitably realise they’ve been set up when they each return to the house.

Woody then walks into a “lions den”, that is this estrogen-fuelled snake pit. Each woman expresses her dismay while Woody seemingly soothes their ills with compliments like: “But you’re really hot and I’d totally do you” to Bec (OK, not in those exact words).

The beautiful and lovely Jacinda, a rough diamond is there ever was one, wearing a very revealing crop top and skirt, then evicts herself as, heartbroken, she is forced to listen to Bachie lament he feels no chemistry between them.

Is Bachie the most empathetic and emotionally honest Bachelor to date? Hmmm. He says he feels genuine sadness saying goodbye to Jacinda (pictured) and it’s an important reminder as to why he’s on the show: he’s there to find a true friend, but also a genuine love he can totally sex until the cows come home. 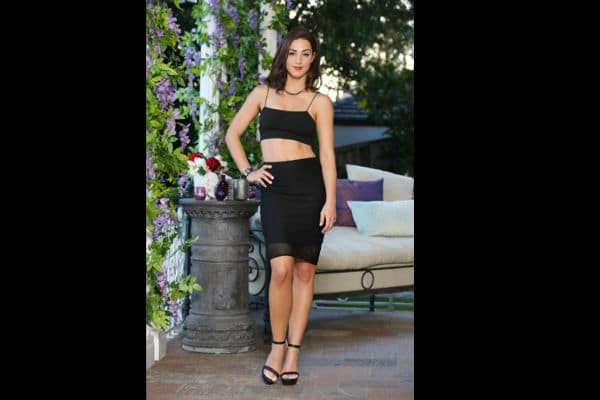 Osher glides in and announces to call Jacinda has evicted herself and Woody has aborted the rose ceremony in his apparent grief. And so ten women become nine. “It’s becoming really real,” says Heather, all hormonal rage and deep, deep sadness.

As for Ep5, if you missed it, these were the giddy highs and lows: Emily bitched to camera a lot; Heather looked equally simpering and sad at having finally realised she’s in dating hell; Osher’s shiny hair almost stole the show at various points; and busty wedding planner and yet another brunette, Nina, 28, (pictured below) worked her ta tas and an ugly grey jumpsuit with Woody to climb the Sydney Harbour Bridge and break the longest world record onscreen kissing attempt. They achieve it – cue awkward kiss that was less Hollywood heart-melt and more “Omg when will this end!? And gleeful, maybe someone will suffocate?!” They kiss for a record four mins 10 secs and she rewards Woody over dinner with an “almost” nip slip and the knowledge she’s been single for 4.5 years. Whoa!

An infamous gold date card then sends most of the already competitive ladies on a soccer match with a difference, whereby Woody has the time of his life watching the women try to outdo each other dressed in tiny shorts, sporting hilarious, giant bubbles. Mad, bad Sandra, 27, whom let us remind ourselves is a primary school teacher in charge of minors, disgraces herself by being loud and obnoxious and Woody soon sends her packing in the limo of despair. Poor love – I hope she gets some counselling. She looks like a sad clown.

Oh and one more thing: Heather may be a mastermind. She keeps her cards so close to chest, none of the other girls fully grasp the “deep connection” she and Woody seemingly share, although he does single her out for a one-on-one chat, where he jokes he may never be able to let her go. Both express how much they miss each other. Cute. I still have my money on these two to go the distance.

So, with Sandra gone, who will become the mansion of misery’s resident nutter now? And will Heather actually risk slipping into the “friendship zone” if she continues with her weird and stupid penchant for calling Woody “man” and “dude”? Stay tuned for yet more humiliation galore… 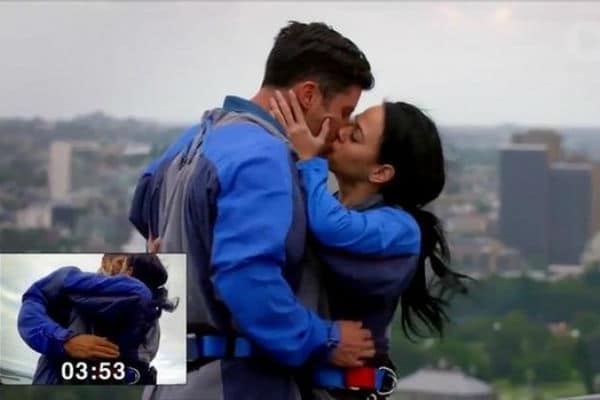