I’m all agog, I am aghast: the “fairytale” that was The Bachelor has in fact turned into a heinous nightmare, after Network Ten confirmed today Blake Garvey and Sam Frost have in fact split.
As a shocked and outraged nation mourns the demise of Blake and Sam’s “relationship” and social media bays for Garvey’s blood, some background if you’re one of only a handful of people (including my husband) who boycotted the blood sport that was this year’s The Bachelor reality TV show.

Related: Why The Bachelor Is Bad For Your Relationship

So, to sum up: after 10 weeks of dates, dramas and dirty street pies, tall, dark handsome Perth auctioneer Blake – whom I always found extremely beige in personality and emotionally vacant – got to pash and fondle; humiliate in various degrading circumstances; and force some 30 women to declare their undying love for him at a Sydney prison, sorry mansion, for the nation’s vast amusement, entertainment and schadenfreude.

And of the 30 women, six were “intruders” sent in for the producers’ and ours’ collective enjoyment, only to be quickly voted off over the course of a few episodes. Blake then whittled the remaining women down to the top four of Jessica, Louise, Lisa and Sam, with the latter the favourite from the start to win the heart of “Blake the Snake”.

Fast forward to last night’s thrilling The Bachelor final rose finale in South Africa, where only the eternally-smitten, aforementioned Sam, 25, and Lisa, 27, remained. Lisa, who had previously wisely held back on saying the “L-word”, unfortunately did end up confessing her undying love for Blake firstly to his aunty and mum (as you do) and then to him, only to be booted off the show at the final hour when Blake the Snake declared his one, true love was in fact Sam.

Of course, mere hours before Australia found out who the final “lucky” chosen one was on The Bachelor, the shit hit the fan and social media went nuts over the news that Network Ten had cancelled all Blake, Sam and Lisa’s media interviews today and in the lead-up to the finale.

Then, Twitter conspiracy theories peaked with the one about Blake fathering a baby with one of the previously rejected Bachelorettes (obvs not Sam).

Well, I can confirm SHE SAID readers that while there is no Bachelor baby (bugger), as I said above, you may need some counselling, wine and chocolate, for it is true that Blake and Sam are splitsville.

Today, Network Ten issued this curt presser, along with a caveat, “There will be no further comment at this time.”

“Network Ten can confirm that Blake and Sam have sadly ended their engagement. When Blake proposed to Sam in South Africa, he did so because he had genuinely fallen in love with her. He was excited to start a life with Sam and was very much looking forward to their future together.
Unfortunately, not all relationships are meant to be, and feelings invariably change. Once Blake returned to his everyday life, he realised that they both wanted different things from a relationship and had different priorities. Blake has the greatest love and respect for Sam, but has made the difficult decision to end the relationship.” 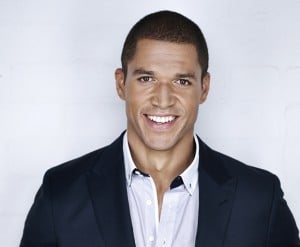 But wait, there’s more! Interestingly, Sam broke her silence, on her Twitter account @fro_001 earlier today, saying: “People need to stop asking why we broke up. Trust me, I’m just as in the dark as you all are.. Blake is the one calling all the shots here.”

So, what gives Blakey baby? If the poor dude hasn’t already fled overseas to avoid the lynch mob on social media, he may be in need of some bodyguards. And, speaking of Twitter, my favourite analysis of the situation has been from the very smart and funny Todd Sampson, @toddsampsonOz who said: “perhaps Sam realised she was dating a production company for the last 8 weeks not Blake. #TheBachelorAu.

So, what can we all learn from this debacle, aside from the fact that TV reality shows are, in fact, not based on reality? And that if you go on a TV reality show to find true love, you need your head read?!

On a more serious note, the sinister I’m-a-princess/life-is-a-fairytale myths perpetuated by such TV shows as The Bachelor, which are so hazardous to women’s emotional and mental well-being and relationships, are still alive and well in our society.

So, I don’t know about you, but I’ll be teaching my daughters to: beware of tall, dark and handsome auctioneers who appear too good to be true; never seek true love on a TV reality show and above all, to find their own man – to never allow a love interest to pash/fondle and confess his feelings to 29 of their closest friends in a secluded mansion cut off from the world. How is that ever OK?!

And one final thing: who gets to keep the bloody $58,000 Bunda diamond engagement ring?! Should it actually go to The Bachelor’s most dastardly, devious and evil producer?