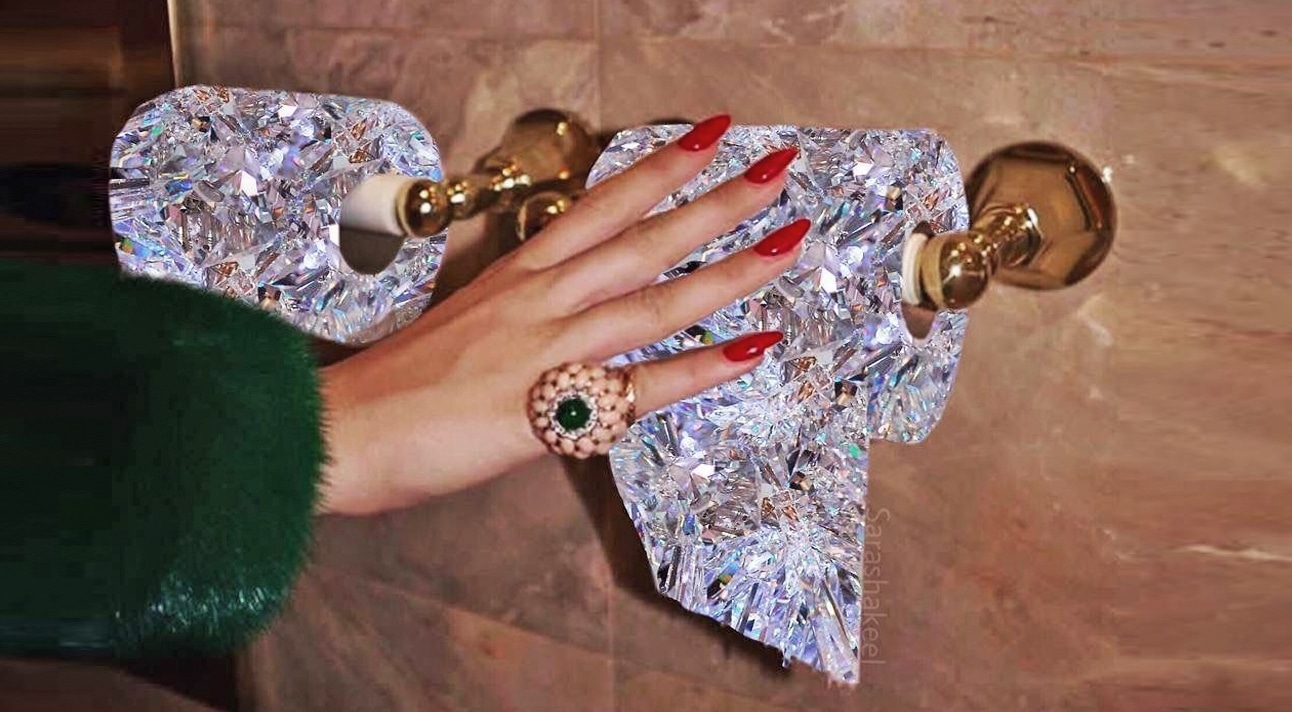 At Age 11, I Got Engaged To A Man Nine Years Older Than Me

Have you entered…The Roommate Zone?

Donald Trump once famously claimed he’d never seen any evidence that his wife, Melania, has the normal bodily functions all humans do.

During an appearance on Howard Stern’s radio show in 2003, Trump and Stern discussed the bathroom habits of their then-girlfriends, now-wives, and bonded over the fact neither of them had heard their partners pass gas or use the bathroom. “I’ve never seen any of that,” said Trump, calling it “amazing.” Trump suggested maybe Melania was saving it “for after marriage.”

Of course, no one wants to model their relationship after the Trumps, but it’s true that many of us make some effort to reign in our bodily functions in front of a boyfriend or girlfriend. A 2005 study published in the journal Social Problems showed that more than half of women were uncomfortable passing gas or having a bowel movement around their partner, believing it made them less attractive. “The worse it stinks, the nastier they think I am,” said one study participant.

Coming as a surprise to no one, men were more likely to find farts and pooping funny and even do it on purpose, no matter who was around. Still – can we learn something about the status of our relationships by the way we behave around each other in the bathroom?

Do you still get butterflies around your boyfriend? Or is your stomach just hurting because you’re clenching so hard in an attempt to hold everything in? In the early days of a relationship, you’re not only petrified of accidentally passing gas within earshot of your beloved, you lock the bathroom door and run the faucet when you pee, so he won’t hear anything.

Who are we kidding, anyway? Do we think he’ll be fooled into believing we don’t have bladders? But we’ve all done it. And there’s nothing wrong with it, really. It’s just how it goes, when we’re still trying hard to impress someone and still don’t feel entirely at ease around them yet.

Once a few weeks or months have passed, most of us are on pretty intimate terms with each other’s bodies – enough so that we’re no longer embarrassed to admit we have bodily functions. It usually starts with him peeing in front of you; guys are generally pretty shameless about that.

At some point you might graduate to peeing in front of him, or at least not turning the faucet on anymore. At this stage, you’ll probably even be able to do a Number Two in his apartment – as long as the door is closed and he’s playing music in the other room. Maybe you even start to joke about your pooping habits, warning each other that you’ll be in the bathroom for a while and they might want to give it a few minutes afterward. Or maybe not. Either way, at least you’re not having stomachaches anymore.

Once you’ve really gotten relaxed around each other, things can go from casual and fun to graphic and disgusting pretty quickly. It’s a slippery slope: one minute you’re peeing in front of each other, and before you know what happened, he’s barging in to take a dump while you’re trying to put your mascara on.

If you’ve reached the stage where he’s seen you put a tampon in (or even worse, take one out), it might be time to think about reintroducing a little mystery into your relationship. Because as nice as it is to be comfortable around one another, there’s something to be said for preserving the romance, as well.

So, how do you go back, once you’ve crossed over into roommate territory? An easy way to start is simply by shutting the bathroom door. If he’s used to coming in anyway, lock it. Explain that you love him, but you want to reclaim your privacy, for the sake of your relationship. Follow it up with a smile and kiss for good measure. Then be sure and respect his privacy, too – don’t sneak in to grab your Naked palette when he’s peeing, no matter how tempting it is.

If you’re truly caught in the roommate zone, chances are your relationship could use an infusion of romance and mystery beyond the bathroom, as well. So along with closing the bathroom door, schedule a date night. Dress up, buy new underwear, and meet each other at the bar, first-date style. Make an effort. Before you know it, you’ll be running the faucet again when you pee.

Comment: Do you and your SO pee in front of each other, or are you still turning on the faucet?