How Becoming A Mother Changes You

I’m not the same person I was.

Being a mother was always on my agenda. So newly wed and keen to start a family, I fell pregnant at the tender age of 22. Looking back, I was so young and naive and nothing I had ever done or experienced could’ve prepared me for the journey motherhood brought with it.

Initially I thought I’d instinctively know what I was doing, but I became aware very early on that my assumption of competence was wrong. Completely wrong. I discovered this on my first day as a mother, from my inadequate ability to breastfeed, change a nappy or navigate my newborn’s tiny body into a jumpsuit.

Until my first baby was in arms, I’d watched other mothers whiz through these tasks like experts. Little did I know, in their baptism of fire as new parents, they too had felt overcome by anxiety as they wrestled with guilt over whether to switch to formula or continue enduring painful feeds and frustatedly tried to snatch moments of sleep in between tending to a dependent new life.

Apart from acquiring the skills of motherhood; emotionally, physically and financially it’s been one heck of a journey. Being a mother has taught me more about who I am as a person than any other experience ever could. Perhaps it’s because motherhood requires such complete selfless surrender, or because it forced me to look to my childhood, searching for ways to parent. Whatever it was, I can honestly say I’m not the same person I was before I became a mother.

Until I had kids I had no idea how clueless and selfish I was, and like most 20 somethings, I thought I knew everything there was to know about myself, life and how it operated. Everything revolved around what I wanted to do. If I wanted to go out, I did. If I wanted to buy an expensive pair of shoes or meet up with a friend on a whim, I had nothing stopping me.

At the time I fell pregnant my husband and I didn’t contemplate whether we could afford it or not. I’d always wanted kids and having just been diagnosed with osteoarthritis of the spine, my doctor advised if I wanted children, I should do so before it put too much additional pressure on my back. Medically it made sense, but financially and emotionally; now that was something else. 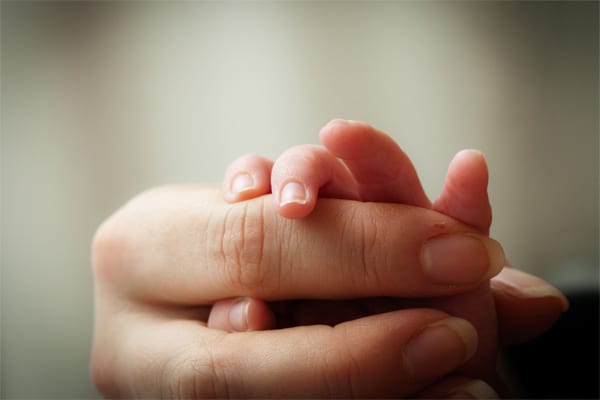 So with a bank balance resembling that of most 20 somethings and minimal maturity behind me, I gave birth to our first son. We took him home to our one bedroom apartment, adjacent to my grandmother’s house. It wasn’t ideal, but the price was right, so for two years we endured endless unsolicited parenting advice from family, dealt with our lack of privacy and stayed until the situation became unbearable.

During this time I was finding my feet as a new wife and mother. I’d learned some vital parenting skills like feeding, bathing and dressing my child. I even learned how to function despite his intermittent sleeping pattern. It wasn’t until our son began to move around on his own faster than the speed of light, posting everything he could find into the slot of our DVD player, requiring constant attention, that it dawned on me life as I knew it would never be the same again.

Every waking moment he was there, right by my side. It didn’t matter if I needed to go to the toilet or have shower, because low and behold as soon as I got him settled with something, the door would open and there he was. If said door wouldn’t open, then the shriek of his screams would suggest to neighbors I was killing him, so I learned quite rapidly it was best if the door was left ajar when I showered just in case my constant companion demanded entry.

Obviously it was impossible to remain selfish and self-centered when I had a small being demanding all my attention. Instead, my life began to revolve around what he needed, emotionally, physically and financially.

Until I had children, I often wondered how this came about. Yet incredibly, during his first year of life, this tiny being constantly by my side had wormed his way into my very soul. He’d successfully taken over and ironically became the focus of my every life decision.

Three years later, baby number two confirmed my identity as a selfless mother. It was actually easier than I’d thought because having two of them three years apart gave them some company. Together we would go to the park and they’d laugh in unison for hours. It was one of my most treasured times as a mother, because everything was exciting to them then. It was easy to get caught up in their enthusiasm for life. As a person, it made me appreciate the simple things even more.

I didn’t always have a lot of money to lavish my kids with everything they wanted. Instead I’ve offered them my time – even when I’ve been exhausted – unconditional love, and as much undivided attention as I can manage.

The one thing I can say with surety is if I had my time over I’d definitely do it again, warts and all. I might have saved a bit of extra cash beforehand, brushed up on my breastfeeding skills or told myself not to feel so guilty for needing ‘me time’ every so often, but being such a young mother ultimately meant I was able to have fun, learn and grow with my kids. In effect they became the young men they are today partly because of me. And quite by accident, I’m the person I am today, wholly because of them.