What Does It Mean If I End Up Being Alone For The Rest Of My Life?

I always thought being married would make me happy. It didn’t. Now what?

Ever since I was little, I’ve dreamed about being married.

Maybe it’s because my mom leaned too much on me after her divorce, filling me up with stories about how all she’d ever wanted to be was a wife and mother, and how my father broke her heart and ruined her life by leaving her. I got the message very young that having a man is what it’s all about – the ultimate validation of a woman’s worth – and decided I was going to succeed where my mother had failed. (Because from my childish Daddy’s-girl perspective, the divorce was due to my mom’s failure to hold on to my dad, rather than my dad’s failure to keep it in his pants around his students.)

I became marriage-obsessed. Until I was older than I’d like to admit, I staged elaborate weddings for my Barbie dolls, fashioning gowns out of Kleenex and Scotch tape and playing “One Hand, One Heart” from the West Side Story soundtrack on a loop. When the JC Penney catalog arrived in the mail, I stashed it in my room and dog-eared the pages of the wedding section; I spent my allowance on glossy bridal magazines and debated the merits of Barbados vs Hawaii as a honeymoon destination.

It’s embarrassing to admit all of that. After all, I was born in 1975, not 1950. My generation isn’t supposed to depend on men, or relationships, as proof of our worth. We’re supposed to be enlightened, independent, and career-driven. We’re feminists. And I am a feminist. I would never want my daughters to think they have to be married in order to have a fulfilling life.

But let’s be real. Feminism hasn’t put a damper on women’s wedding-fever. We still squeal and grab each other’s hands to check out engagement rings. Couples spend tens of thousands of dollars on photographers and dresses and catering. We work hard to come up with the perfect cute-but-not-cutesy wedding hashtags. If anything, the advent of social media has made weddings an even bigger deal than they used to be. When I was a kid, weddings were held on Saturday mornings at the church. Afterward, there was a cake in the fellowship hall, along with a bowl of punch and maybe some dishes of nuts and mints. No one danced at the weddings of my youth. And yet somehow, this was still my life goal.

When I got married, I got everything I’d wanted. I got the diamond ring, the tulle skirt, and the tiered cake. But most important, I got the husband to prove I was worthy of being loved. Someone had claimed me for the rest of time – someone I was sure would never leave me. And he didn’t. I left him.

Marriage is not a cure for loneliness 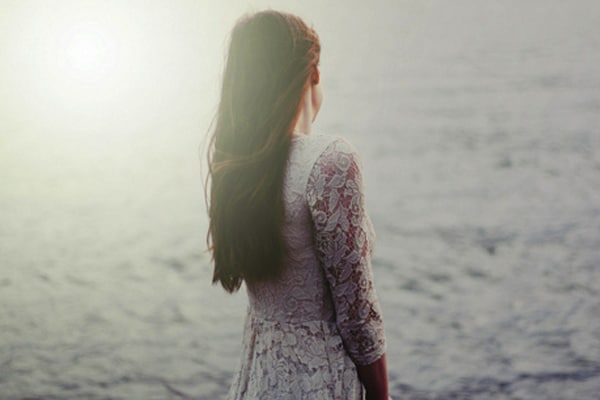 The thing I didn’t understand when I was younger is that being married doesn’t mean you won’t be lonely anymore. It doesn’t mean you’ll feel like you’re finally good enough, if you didn’t think you were good enough before. You’ll look around at your married friends and think they must have it all figured out – they must have real marriages – while yours is a sham that you settled for out of desperation.

I don’t mean to say that my entire marriage was miserable. It wasn’t. I was very much in love with my husband for a very long time, and I think he would say the same about me. Our children are a testament to our love for each other, something beautiful we created together, who brought us – and still bring us – endless joy and love. But in the end, being married just couldn’t live up to my expectations, because my expectations were all wrong. I thought marriage would cure my loneliness and low self-esteem. I thought it would make me happy. Instead, my unhappiness poisoned my marriage, and my loneliness grew even sharper.

After my divorce, I told anyone who asked that I had no regrets whatsoever about leaving. Getting divorced is brutal, especially when you have kids, and there were some terrible days. Still, I never looked back – until recently. Five years after we signed our divorce papers, regret finally wormed its way in. Things were not going according to plan; my 40th birthday had passed, and I wasn’t yet remarried. I’m going to be alone forever, I thought. I realized I’d have been celebrating my 16th wedding anniversary and felt a deep sadness. Every time one of my friends posted a social media brag about their anniversary, I felt like a quitter. 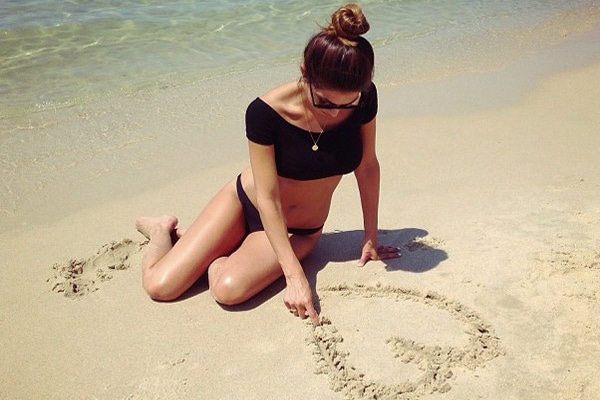 This summer, I traveled by myself more than I ever have before. At first, I hated it. I slept alone every night, boarded airplanes alone, went on long drives alone, went running alone, and worked alone.

Gradually, I got used to it, and at some point, I started to feel like myself in a way I hadn’t for a long time. I thought of the line from my favorite Derek Walcott poem – “Give back your heart to itself, to the stranger who has loved you all your life, whom you ignored for another, who knows you by heart.” I made friends with myself again, and I felt a sense of happiness and peace that had been eluding me for months.

When I came home, I was different. For one thing, the regret I’d been feeling about my divorce had evaporated. I remembered the way I’d felt near the end of my marriage – the hopelessness that things would ever get better, the feeling of being trapped. I left my husband because I needed to believe there was something else out there for me; I couldn’t be stuck in that marriage forever, when I’d entered into it for the wrong reasons. It wasn’t fair to me, or my husband, or our kids. But I realized I was looking for that “something else” outside of myself, in a partner, without stopping to consider that that’s how I went wrong the first time. Did I want to simply trade in one problematic relationship for another one? Or did I want to stop and think about what I want for my life – what I really want, outside of acting out childhood wedding fantasies and attempting to redeem my parents’ mistakes?

I still wouldn’t say that I want to be alone for the rest of my life. But, what if I am? I have to admit that none of my own plans for my life have turned out very well. I like to be in control – I like getting my way. But “my way” has all too often ended in heartache. So why do I keep insisting on it? And so, I’m trying to listen. I’m trying to be patient. I’m trying to “take my sticky fingers off the control panel,” as Anne Lamott puts it. If I get to wear a big dress and have a fancy cake and come up with a cute wedding hashtag someday, great. If not, great. Either way, I’m okay. Because if life has taught me anything, it’s that I’m not very good at knowing what will make me happy. And just maybe, being alone is not so bad after all.

Comment: Do you feel pressure to be coupled up, or would you be happy to be single forever?