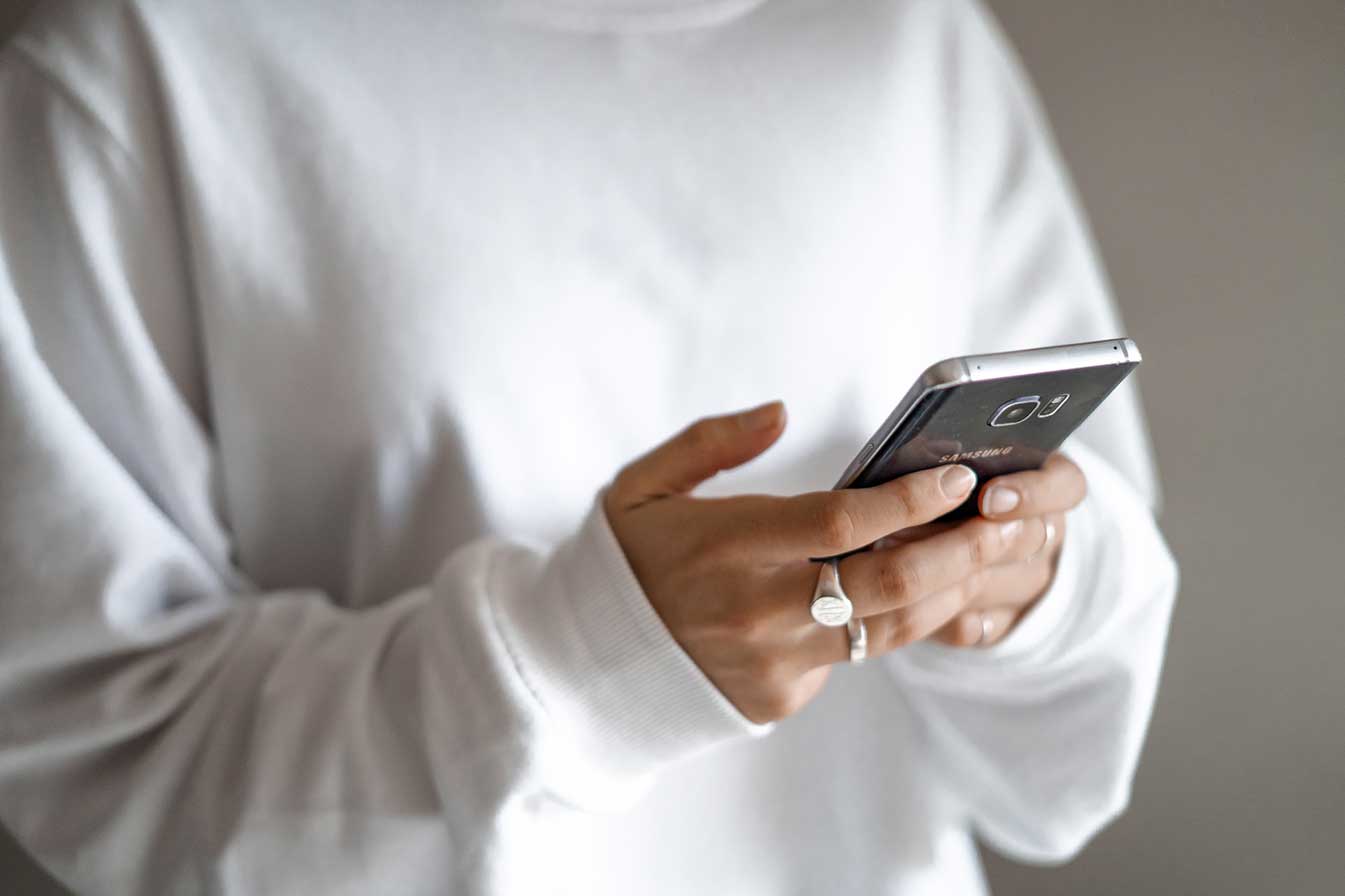 Our first date was lovely. It exceeded my expectations, which, in hindsight, weren’t particularly high. After a few years of singledom spent swiping left on men posing with dead kingfish, I’d learned to not expect much from anyone I met online. This particular date took the lead in organising a picnic, arrived with a bottle of my favourite rose and listened thoughtfully while I rambled on about crate-training my puppy. “What a catch”, I thought to myself. Our first date turned into a second date, and our second date turned into me being left on “read” just three weeks later.

Naturally, after only two dates, an unreturned message didn’t result in a Bridget Jones-style singalong on my couch. But, it stung nonetheless. My ego was bruised, my heart was discouraged, and my brain was confused—we’d had such a great time on our dates, surely I at least deserved an “it’s not you, it’s me” message?

He was probably busy with work, I reasoned. Perhaps he’d dropped his phone in the toilet right after he opened my message and was unable to reply. Or, maybe some tragic accident had happened and Picnic Boy was no longer. But, alas, the next time I posted an Instagram Story, his name popped up in my viewer list, proving that both he and his phone were still very much alive.

When I told my friends about Picnic Boy’s vanishing act, the single ones commiserated and shared their own stories about being left on “read”. It seems that this form of ghosting is an unavoidable fate in the dystopian reality that is the modern dating world.

What does being left on “read” mean?

Once upon a time, we would send a text from our Nokia 3315 with little to no expectation about how quickly our texting buddy would reply. We simply weren’t attached to our phones in the way that we are today. As messaging became our main method of communicating, more and more instant messaging apps decided that it would be a great idea to tell us when someone has read our last message.

On Instagram, it’s a simple “seen” in small text. On WhatsApp, it’s two blue ticks. On iMessage, it tells you what time your message was read (and, so, how long the other person has been ignoring you).

Being left on “read” simply means that the person you’re messaging has read your message, but hasn’t replied to you. It’s painful enough when the person you’re selling your raggedy old couch to decides to ghost you in favour of a mint condition three-piece with chaise. In a romantic context, it might leave you questioning whether there’s something wrong with your phone or your internet connection. There isn’t.

When Picnic Boy still hadn’t replied after a few weeks, I assumed I’d been ghosted. I parked him in the graveyard of men who could’ve been “the one” but weren’t. However, this being modern dating, it would be too simple for the story to end there. The plot twist? A few months later, we finally had that third date.

Why do people leave you on “read”?

It might be hard to believe (especially if this isn’t your first rodeo), but being left on “read” has very little to do with you. Unless you’re a walking bouquet of red flags—we’ve all had our moments—it’s unlikely that you did or said anything wrong. If you’re wondering, what does it mean to get left on “read”, here are the two main reasons someone might leave you on “read”:

1. They don’t want to commit to anyone

I met Picnic Boy on Hinge, I rationalised. Surely this meant that, like me, he wanted to delete his dating apps forever? And, maybe he thought this was what he wanted, but subconsciously he wasn’t ready to give up his single life. Maybe he was fresh out of a serious relationship. Maybe he was too focused on work to share his life with someone else.

2. They don’t want to commit to you

Maybe they’ve realised you’re not their penguin and don’t want to have the difficult conversation with you—or maybe they aren’t that interested, but still want to keep you around in case they change their mind later down the track.

Related: Here’s How To Respond to Breadcrumbing–The One Thing Worse Than Being Ghosted

It’s hard not to take rejection personally, I know. But still, this doesn’t mean there’s anything wrong with you, it simply means that they don’t think you’d be a good fit for each other.

Many of us go into dating with the expectation that we’ll be rejected, ghosted, catfished, orbited or breadcrumbed, which naturally makes us want to put up walls. If you can keep people out then you won’t get hurt, right? If you care, you might make a fool of yourself. If you open your heart, someone might rip it out. And so, we do our best to avoid caring or, *gasp*, catching feelings. Modern dating has sadly become a game of being the one who cares less, and there’s no faster way to gain the upper hand than by leaving someone on “read”.

Why being left on “read” hurts so bad

Despite keeping your walls up, it’s not fun when someone leaves you on “read”. When you’ve made someone important to you, and they don’t reply to you, it hurts knowing that you don’t matter to them as much as they do to you. The rejection feels like a kick in the gut. As journalist and author, Olivia Petter, wrote in her book Millennial Love, “the main issue with read receipts is that they have made it possible for us to see when we are being ignored. It is the equivalent of going up to someone, asking them a question, and then watching them walk away from you with no explanation at all…leaving your message on ‘read’ implies that they have something better to do. And so it makes you want their attention more.”

When someone leaves you on “read”, there’s still a glimmer of hope that they might reply. This can make it harder to close that particular chapter and move forward with your life than if they tell you, point-blank, that they aren’t interested in you. For many of the perpetrators, this is why they do it. They want to keep you around, just in case their other options don’t work out. It’s a symptom of dating app culture more generally too–when you’ve got so many options, how do you know if the person you’re choosing is the right one?

First up, know that being left on “read” says more about them than it does about you. Nothing you could have said or done would’ve changed the eventual outcome. Rather than sitting around, waiting for a reply or some form of closure, the best thing you can do is to create your own closure. You have the power to set standards for how you expect to be treated. You can decide to only date people who choose you.

If you find yourself constantly attracting people who ghost you or leave you on “read”, it could be worthwhile to get curious about your beliefs around dating. Our brains like to be right, so if you believe that everyone you date ghosts you, you might unconsciously choose people who will ghost you. It’s one of the many ways we self-sabotage, a topic which Brianna Wiest covers in-depth in her excellent book, The Mountain Is You.

Another way you might be secretly self-sabotaging is if you subconsciously love being left on “read”. Yes, you read that correctly—you enjoy being left on “read” because you get some kind of kinky thrill out of dating people who aren’t interested in you.

In case you’re wondering how things with Picnic Boy ended up, I can tell you that no, we did not ride off into the sunset together. After our third date, we began a back-and-forth dance of him leaving me on “read” a few times over three more months. All of the anxiety, anticipation and expectation came to an end in the most anti-climactic way. He left me on “unread”.