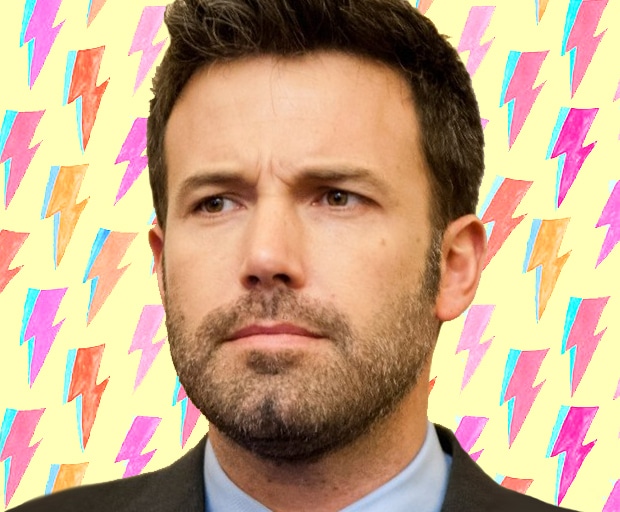 17 Pics That Prove Men With Beards Are Sexy AF

Even if you don’t like Ben Affleck as an actor, it’s undeniable he’s very entertaining in interviews.

The hilarious ‘Sad Affleck‘ YouTube clip mocking his Batman v Superman: Dawn Of Justice interview in March may have racked up over 22 million views, but it already looks like the actor’s latest gaff on sports talk-show Any Given Wednesday, might just break that record.

During the interview, Affleck inexplicably goes into a five-minute-long expletive-ridden rant about ‘Deflategate’, a football tampering scandal in the US involving NFL superstar and Gisele Bundchen’s husband, Tom Brady.

“Deflategate is the ultimate bulls**t f**king outrage of sports ever,” Affleck blasts, going on to express his outrage over the NFL’s request for Brady to hand over his cell phone.

“I would never give an organization as leak prone as the NFL my f**king cellphone so you can just look through my emails and listen to my voice mails. Maybe it’s just funny, lovely sex messages from his wife. Maybe Tom Brady is just so f**king classy and such a f**king gentleman that he doesn’t want people to know that he may have reflected on his real opinion of some of his coworkers.”

As the number of F-bombs dropped rises to 18, Affleck’s speech becomes increasingly slurred and agitated, as his interviewer Bill Simmons sits back, internally doing a happy dance he’s just guaranteed himself great ratings.

Soon after the obscenity-laden interview, the 43 year-old actor and director took to Twitter to comment on his R-rated diatribe.

‘For those of you keeping score at home, I gave exactly 18 f*cks about my Pats. Upon reflection, 12 probably would have been sufficient,’ Affleck tweeted.

(1/2) For those of you keeping score at home, I gave exactly 18 f*cks about my Pats. Upon reflection, 12 probably would have been sufficient

But sports isn’t the only thing Affleck discussed during the interview; he also reflected on the infamous ‘Bennifer’ period, his relationship to Jennifer Lopez and their flopped movie Gigli, which was widely made fun of at the time.

“I was the lowest rung of cool and talented that you could possibly be in the public consciousness,” Affleck recounted.

“I had broken up with Jennifer Lopez and I had three or four movies in a row that bombed. I was so uncool, I was literally punchline in [comedian Robert Wuhl’s] straight-to-United Airlines video stand-up bit. That guy had to look around and go, ‘Who’s below me, that I can s**t on?’ And he picked me.”

Oh boy, we love candid interviews, but maybe Affleck should take a Xanax before his next TV appearance.

Until then, enjoy watching his explosive rant below…

Comment: What are your thoughts on Ben Affleck – do you love him or hate him?