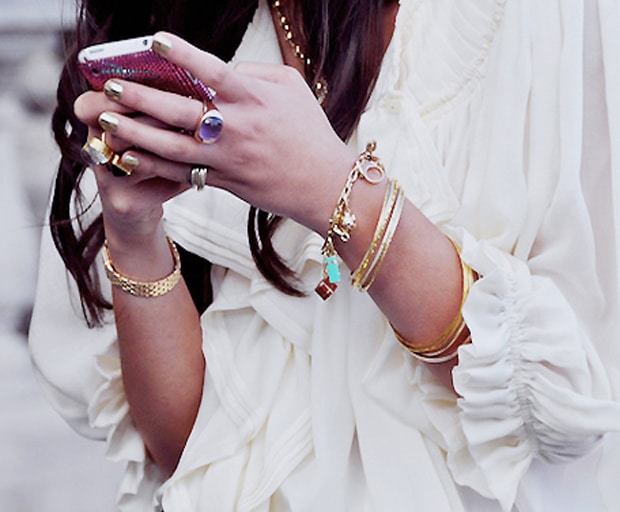 6 Hacks That Will Make Applying Fake Lashes A Breeze

Want to know when Aunt Flo is coming to town? There’s an app for that.

The very first time I got my period, I wasn’t ready.

Looking back, I have no idea how I was caught off guard; I’d been eagerly anticipating the day I’d finally ‘get it,’ just like Margaret from Judy Blume’s classic, Are You There God, It’s Me, Margaret? I must have put together an emergency kit to take to school. Still, when the time came, I ended up in the office, sheepishly watching as the school secretary rooted through her purse and came up empty. Apparently no one was prepared for a surprise visit from Aunt Flo that day.

In the intervening 20-odd years, I’ve mostly always had supplies at the ready when I needed them; but those few times your period shows up when you’re unprepared sure do stick in your memory, don’t they? So when app developers came up with a way for me to track my menstrual cycle via smartphone, I was all over it.

I’ve used the same app for a few years now, but after a recent study showed that period-tracking apps aren’t as effective as one might hope, I started to wonder if it was time to switch things up and try a few different ones, in hopes of getting even more in touch with my cycle – and maybe even figuring out why I’m attracted to certain guys at different times of the month.

Here’s a roundup of some of the most popular apps out there now, to help you decide which one is right for you…. 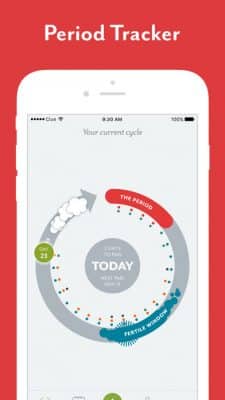 Clue is rated number one in period-tracking apps by Obstetrics & Gynecology, the official journal of the American College of Obstetricians and Gynecologists (ACOG), and it’s one of the most popular apps in the App Store. People appreciate its sleek, non-girly design, its user-friendly interface, and the way it incorporates your data so that it ‘learns’ more about you the more you use it. And ‘Clue Connect’ lets you share your data with a partner or friend, in case you’re trying to conceive, or just want to see if you’re in sync with your bestie. 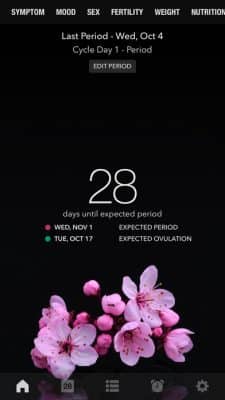 At first, I was afraid this app was going to turn out to be some sort of pro-life conservative propoganda, but no. This is a pretty standard period-tracking app; its hook is that it tries to upsell you to premium, so you can access a host of other features, including nutrition, fitness, and sleep tracking. Because it’s not just for your period, it’s for your whole life…get it? But even without shelling out for premium, there’s plenty to like here: the interface is pretty clean, you don’t have to put in your email to use it, and it’s ad-free. 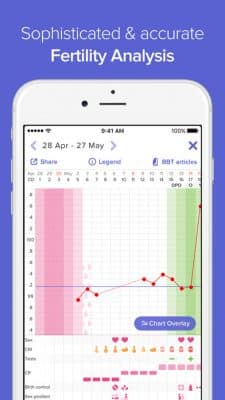 If you’re hoping to get knocked up, this is the app for you. If not, then…not so much. Billing itself as your “fertility companion,” Glow is specifically designed for the baby-makers among us. Log your period, your cervical position and fluid quality, your moods, your temperature, frequency of intercourse, and even your cravings, and Glow will help you figure out when you’re most fertile. You can even upgrade to the premium version for access to a whole community of women also trying to get pregnant. Good times. 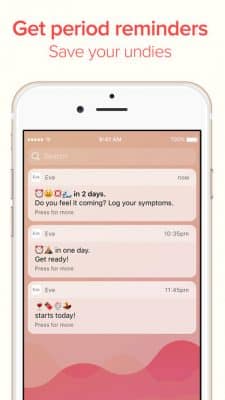 Made by the same folks who created Glow, this app is geared toward the no-babies-please crowd, focusing more on sex and birth control. It lets you take sex quizzes and even offers horoscopes based on where you are in your menstrual cycle. The emoji-heavy aesthetic of this one seems to target a teenage crowd though, and with all the sex talk here, the phrase ‘barely legal’ comes to mind. Ew. 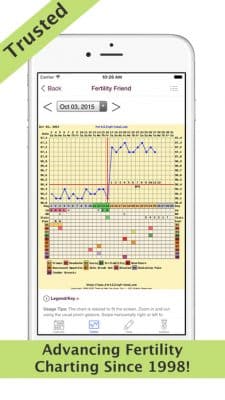 Another one for the hard-core trying-to-conceive, or TTC, crowd, Fertility Friend takes credit for more than 650,000 pregnancies. There are charts and graphs aplenty, enough that I feel like I should be wearing a lab coat when I open this up. I’m not even trying to get pregnant, and this app fills me with anxiety. Definitely not recommended for your run-of-the-mill period tracking needs, but if you’re serious about making a baby, go for it. 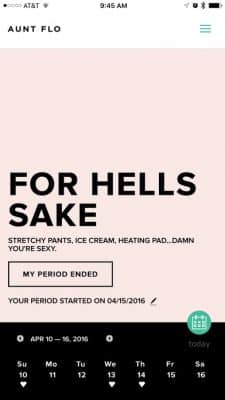 With the tag line, “we hate your period as much as you do,” Aunt Flo sets itself apart from the get-go. Their marketing copy says it better than I can. “Let’s get real. We help women track their period, but without all the crap. No flowers, no gimmicks, just reality.” There aren’t any bells and whistles here, just wry commentary that will make you LOL. It seems to have recently struggled with some tech issues, and the reviews reflect that – but the designers say the latest update has cleared all that up. So if sarcasm and profanity are more your speed than flowers and hearts, this might be the app for you. 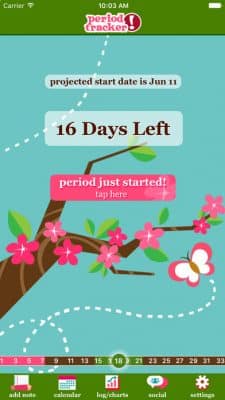 This is the app I’ve been using for the past several years with no real complaints. It’s no-frills and serviceable enough, making it easy to count the days since my last period and estimate, roughly, when my next one will come. It’s on the girly side, with little pink hearts popping up on the screen when you’re in your fertile window, and lots of flowers. There are different settings depending on whether you’re trying to conceive, or if you’re pregnant, and there’s a way to invite your partner to data-share with you – but if I were planning to do that, I think I’d go with a less flowery option.

Images via thatscoop.com and the App Store.

Tales Of A F*ckgirl: I Get My Vagina Tightened And Try Butthole Cream

21 Things Every Boss Babe Needs In Her Life