We started the week with The Governors Awards in Hollywood, and boy did it draw some incredible celebrity red carpet dresses. 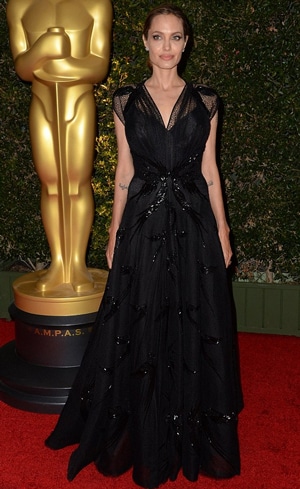 Angelina Jolie was as beautiful as ever in her dramatic sparkly black Atelier Versace gown, taking home the Jean Hersholt Humanitarian Award.

But Raquel Welch was the real head-turner in her bombastic red figure-hugging dress. Can you believe she’s 73?

It was a busy week for the Hunger Games crew, continuing their whirlwind promotional world tour for the Catching Fire sequel, and Jennifer Lawrence stunned in this unique Dior creation. Perfect for the Paris premiere. 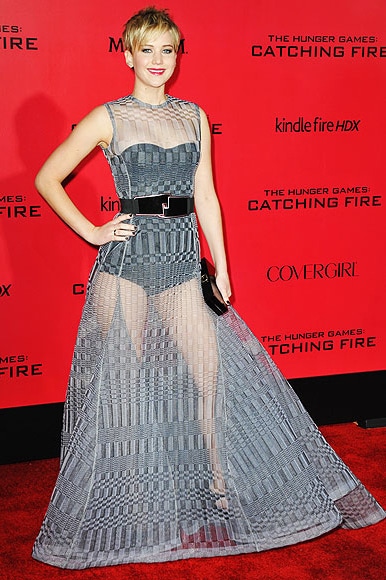 Another city, another Dior Haute Couture gown. We love the prom-inspired neckline and sexy billowing skirt worn over a black basque pulled together with a thick belt.

Meanwhile co-star Elizabeth Banks was radiant in this sculptured hot orange gown with sparkly embellishments at the L.A. premiere.

And if there’s any doubt purple is going to be a big fashion trend, here’s Girls’ star Allison Williams in a royal purple off-the-shoulder L’Wren Scott dress at the CNN Heroes: An All Star Tribute evening in NYC.

Who is your celebrity style all-star this week?