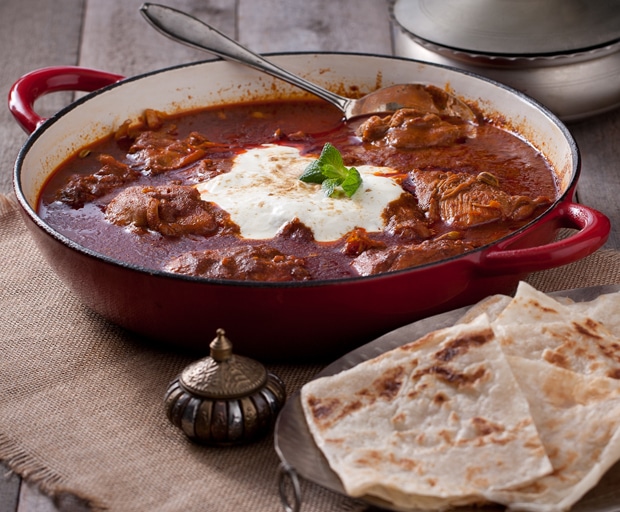 3 Totally Weird Anti-Ageing Treatments (And Why They Work)

Who doesn’t love butter chicken, but instead of ordering one from your local takeaway (with that appetising layer of oil on top!), making your own couldn’t be easier or healthier. This recipe uses Greek yoghurt in the aromatic sauce instead of fattening cream and you wouldn’t notice the difference (well, your hips will!).

It might look like a lot of ingredients, but don’t let that put you off, as you’ll have most of them in your pantry already. Look for organic chicken thigh cutlets which taste so much better, and don’t forget to serve with warm naan or roti for dipping into the beautiful brick-red sauce.

2. Melt butter in a saucepan over a medium heat and cook chicken until browned.

3. Add cardamom pods, vinegar, chicken stock, cinnamon, tomatoes, tomato paste and mix well. Bring to the boil then simmer for 40 minutes (or until the sauce starts to thicken).

4. Stir in five:am Greek Style organic yoghurt and simmer for a further 5-10 minutes.

If you don’t have time to marinate the chicken, just follow these instructions:

1. Dust chicken with a little flour and cook in butter until browned.

2. Remove chicken from pan and brown spices until fragrant.

3. Stir in remaining ingredients, including chicken and bring to the boil.

4. Cook over a low heat for 1 hour, stirring occasionally.

Make Your Own Dumplings From Scratch