And it’s a wrap! Yesterday, anyone who’s anyone in the music, film, and fashion industry walked the red carpet of the 2015 Met Gala. There really is no other event – except for maybe the Oscars – with an impressive guest list like the Met Gala.

RELATED: Best And Worst Dressed On The Grammys Red Carpet

Every year has a different theme, this year it was “China: Through The Looking Glass” and even though guests don’t necessarily have to go with the theme when it comes to their red carpet outfits, we could see Asian influences in a lot of celebrities’ styles.

As with every big red carpet event, you always get the good, the bad, and the ugly. So let’s take a look at the best and worst dressed at the Met Gala 2015: 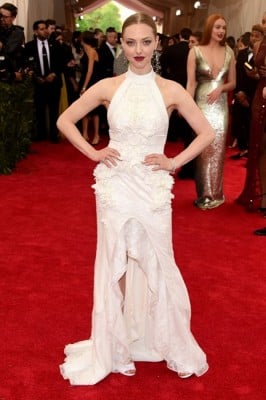 Amanda Seyfried looked stunning in a white Givenchy Haute Couture gown with lots of delicate embroidery and ruffling. It could have easily have been too much, but thanks to the simple colour and sleeked back hair, it was perfection. 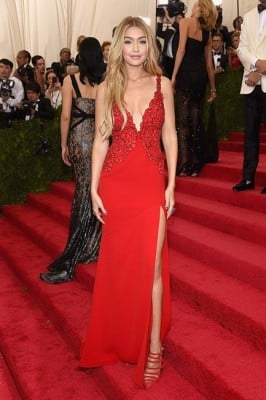 Gigi Hadid has had an amazing year so far and is quickly becoming a red carpet pro. Her red Diane von Furstenberg dress fitted her like a glove and showed just the right amount of skin to be sexy but not cheap. 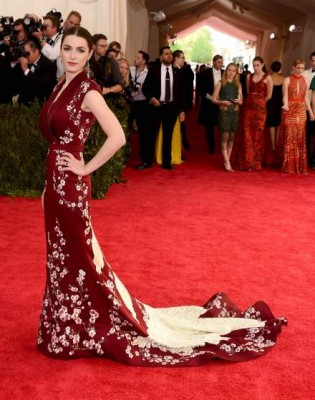 You might not have heard of Bee Schaffer, but the daughter of Anna Wintour proves that style is in her DNA with this dark red Alexander McQueen gown – clearly inspired by traditional Chinese fashion. 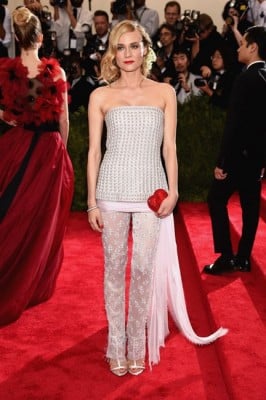 Nobody wears pants on a red carpet better than Diane Kruger. Her embellished Chanel two-piece looked a million dollars on her (the price might not be too far off actually). 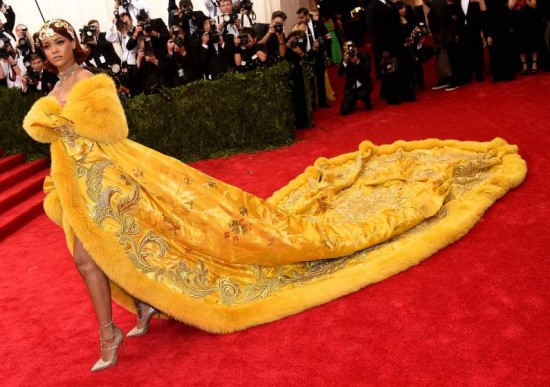 Rihanna completely stole the show in her over-the-top yellow gown which required several people to carry it every time she wanted to move. The reason we love it is the fact that Rihanna put some thought into her outfit choice by going with Chinese designer Guo Pei, who actually took 2 years to make this outfit. It definitely deserves all the attention it’s getting. 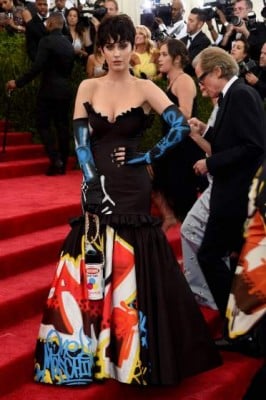 Katy Perry is arguably one of the most beautiful women on this planet, but unfortunately her outfit choice for this year’s Met Gala was all kinds of wrong. The graffiti inspired Moschino dress is neither elegant, nor cool, and definitely has nothing to do with the theme of the night. And don’t even get us started on her hair… 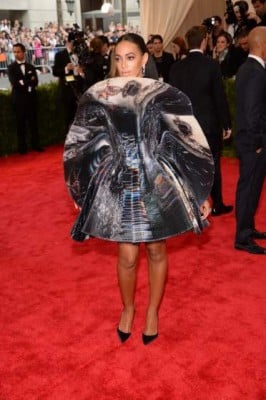 Is Solange Knowles wearing one of those funny mirrors that you can find at carnivals? Is it a satellite dish? Or ist it just a weird print? If a dress evokes that many questions, don’t wear it. 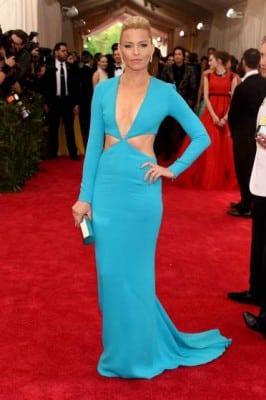 Elizabeth Banks unfortunately chose a dress that just doesn’t do her any favours. Wrong colour combined with the wrong cut, plus boring styling. 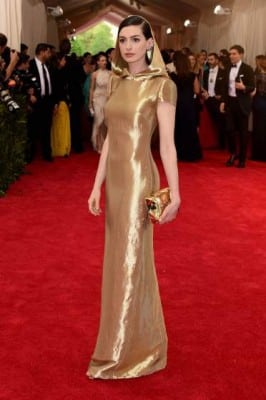 Gold is a good colour on Anne Hathaway, however we just don’t get the hood. It would have been a better look without it. 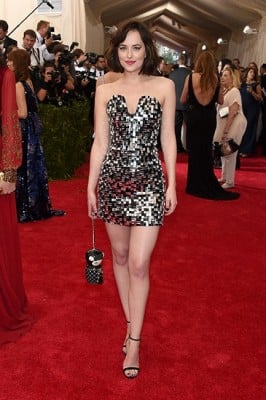 The notion that ‘less is more’ is not always right, especially when it comes to the length of a dress. Unfortunately, Dakota Johnson’s sparkly mini dress is simply not appropriate for a red carpet and should have been saved for the after-party.

Images via Time and Elle