Big Vs Aidan: Are You Dating The Wrong Type Of Man?

Did you, like me, ever want to slap Carrie in Sex and the City for choosing commitment-phobic, rich “suit” Mr. Big over artistic, soulful, hard-working and downright sexy carpenter Aidan? Look, if you’re Team Mr. Big, from the iconic American TV series, power to you sister. I get his appeal – he’s suave, broody, powerful, rich and attractive. But, let’s face it – dude had a pretty ugly heart and it took him AGES to commit.

By stark contrast, Aidan was the marrying kind – even if Carrie really didn’t truly love him (stupid Carrie!) – he was warm, loyal and would have offered her sensitivity, passion, and a stable home and children (pictured below), if indeed she decided she ever wanted the latter.

And while it’s been a decade since HBO’s beloved series went off the air, and word is still out on whether there will be a third Sex and the City movie, I still think the Mr. Big Vs Aidan argument is highly relevant to today’s dating woman.

For, as single women, we’re often conditioned into thinking who we should date – based on status or looks – rather than who would actually be good and right for us as life partners. Are you dating the wrong type of man? Case in point: growing up, I met many girls who “only dated white collar”.

Did this rigid and uncompromising dating rule ultimately work out for a lot of them? No.

Love comes in all shapes and sizes and by cutting yourself off from dating someone who doesn’t necessarily fit into the classic, perfect Mr. Big-type mould you could be denying yourself someone imperfectly perfect, who could well be the love of your life.

When I met my future husband, he was anything but the “IT guy” mould I’d been guilty myself of dating in the past. And it was imperfectly perfect from the start – this gorgeous, soulful professional musician had the emotional and spiritual depth I’d really been missing from my previous relationships. And there were no Mr. Big type cat-and-mouse games for a change – just emotional honesty and openness, ala Aidan.

Relationship counsellors advise women to think about the core values and attributes that you are looking for in a partner – such as honesty, kindness and a sense of humour. These are the most important factors to focus on. Other factors like a high income, job status and a man’s level of education are part of the equation, but much less important. 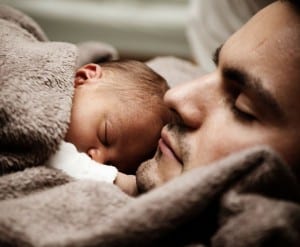 After all, clearly a relationship is not going to work if you choose to be with someone because of their status and ignore the fact that the person is not a kind, thoughtful, decent human being. Focussing on status and income above all else might cause you to miss out on someone who would be perfect for you in terms of both personality and character.

What do you think? Are you Team Mr Big or Team Aidan?

Main image via howimetyourfatherblog.blogspot.com and secondary image via www.pixabay.com