To The Birth Mother Who Broke My Heart: I Wanted To Matter To You

Did you stop for one second to think about the pain I might be in?

It was 1966 and a woman was pregnant with her second child. After much deliberating (and many unsuccessful attempts to convince the father of the child to keep it), she signed the adoption papers.

Soon after, the child she wanted to keep so badly was sent to a transition home awaiting placement.

Three months later, this child was placed and the woman could rest easy that her child would have a better life.

The child was a girl and that girl was me. I did not have a better life.

Of course, to outsiders, all was great. With family close by, a big house on the lake, and regular holidays, I was provided for. My adoptive parents were upstanding members of society and they had great jobs.

I had a brother who was also adopted. He was the favorite. Unfortunately, I wasn’t able to fit into that idealized family. I was an outsider always looking in, wondering and waiting for the moment someone would see me, really see me for who I am — or that I was there at all.

I wanted to matter.

I still want to matter. I lived in the shadow of my brother and my parents’ deceased child. I never measured up and I refused to conform to who they expected me to be.

My entire childhood existed of wishing someone would love me. And when they didn’t, it was confirmation of what I believed all along: I’m not good enough. I’m unlovable. 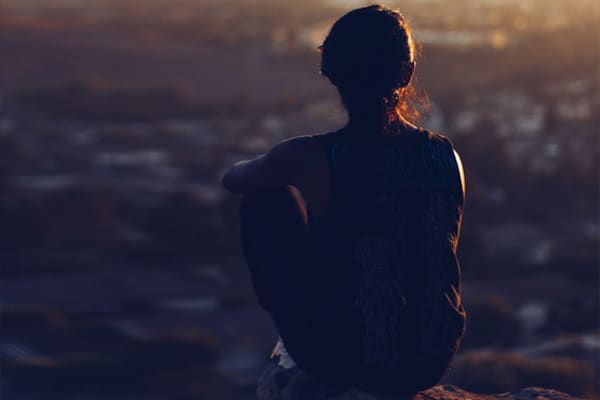 This is a letter to my birth mother.

To you, my biological mother:

I wondered what I did so wrong to be given away by you and be put into a family that did not love me.

I made stories up about you.

So, I called my adoption agency to see if you’d like to meet. I got the call back stating they found you and that you rejected my request.

You said you didn’t want to re-open an old wound, that it would be too painful.

Too painful? You mean like the sting I got through the telephone when I heard I’d been rejected yet again?

Did you stop for one second to think about the pain I might be in? Have you considered what it may feel like to be rejected a second time by you, my biological mother? Did you consider the implications of what adoption would do to me? No. You didn’t then and you aren’t now. Thank you for making this all about you. Again.

Were you scared maybe I wouldn’t measure up? Maybe your long lost daughter is a drug addict and will sponge off you. Or perhaps I will remind you of what was then but isn’t now?

It could have been a new beginning.

You gave me up once and we could have tried for a second chance, but you said no.  You thought only of yourself. You broke my heart. You confirmed for me again what I had felt (and was repeatedly) told growing up: that I’m useless and will never amount to anything.

Well, I’m proud to announce that’s not the case. I’ve succeeded in ways I never thought possible and to the outside world, I appear unscathed. But I am not unscathed, I just choose to use my experience to help others not be a victim like I ‘ve been for so long.

I want you to know I have empathy for you, though. I have 3 biological kids (your grandchildren) and I could not ever imagine giving them up.

Not knowing anything about them, their personalities, well-being, who they look like, mannerisms, their likes and dislikes, their views of the world and if, in fact, they have a good life: I could never have stood it. Were they heard and understood? Did they follow a path that supports their purpose in life?

I can imagine the heartbreak you must feel but there are two of us who experience heartbreak.

So, to the woman who broke my heart: It’s not all about you.

Image via weheartit.com and tumblr.com.