Why The BMI Formula Is Grossly Outdated

If you’ve ever faced the somewhat daunting prospect of a personal trainer or GP calculating your body mass index (BMI) – be warned – for what they often won’t tell you is that this formula is seriously flawed and outdated.

BMI is calculated by taking your weight (in kilograms) and dividing it by your height squared (in metres). It is meant to be a simple way to compare the weights of groups of people of different heights.

But far from being an accurate measure of whether a person is of normal weight, underweight, overweight, or obese – your BMI is seriously bunkum for the simple reason that it doesn’t distinguish between fat and muscle and different body builds.

That’s right ladies – a muscle-bound Adonis like the recently married Brad Pitt (pictured above) was, at the time he filmed Fight Club, famously declared “overweight” according to his BMI. And even ol’ bodybuilder and Hollywood legend Arnold Schwarzenegger is another fine example of a super-fit celebrity whom health experts say would be declared “obese” according to the outdated BMI formula.

My own new, muscle-bound, ex-army commando PT (whom I call The General, among other names, behind his back) is also “overweight” according to the BMI system. What’s more, did you know this BMI system was devised by Belgian astronomer Adolphe Quetelet up to 180 years ago? That’s a hell of a long time ago!

Professor of Numerical Analysis at Oxford University, mathematician Nick Trefethe, is an open critic of the BMI formula. He believes people put too much trust in it in part because it looks so precise, akin to Einstein’s famous equation E=MC².

“That’s an equation of physics and it’s really right. The BMI formula looks similar. It seems to have the same character, but it doesn’t reflect a precise truth about our world, it’s an approximation to a very complicated reality,” he recently told the BBC.

So, what does this all mean if you’re a woman? Well, for a start, according to my PT, if you’re not stick-thin and fairly fit and muscular, with lots of lean muscle mass, your BMI could come up as “overweight” even if you are anything but.

Far, far more important and a better measure of your health and fitness – even more so than that pesky number on the scales – are body fat and measurements, he says. And this was recently backed by Sydney PT, Blake Worrall-Thompson, ‎owner/director at Ministry of Wellbeing, who recently told Marie Claire Australia: “Don’t worry too much about your BMI – it’s completely out of date (I’m in the obese category)… Instead, focus on measurements, body fat and whether you’re feeling healthy, strong and energetic.” 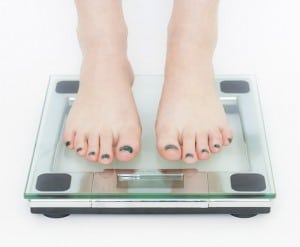