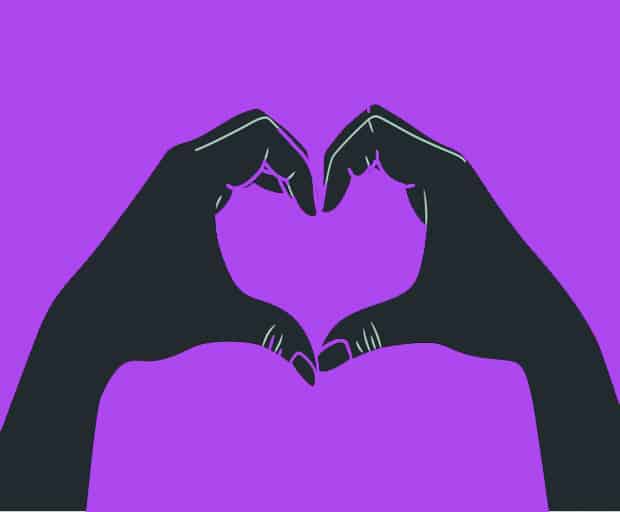 We Put The Latest Beauty Gadgets To The Test

Because who doesn’t want to win in the game of love?

In today’s world, vast amounts of communication are conducted electronically. As such, our main form of communication has become the tap-tap-tapping of our thumbs on a touch screen. While this may be terrific for the sake of speed, it doesn’t help us decipher what motives are behind the words (or texts) of whoever we’re chatting to, in whatever context. Reading body language is a useful skill if you want to get ahead, not just in a business, but also in the lore of love.

Renowned body language pro Allan Pease of Pease International is a world-renowned expert in the game of attraction. Unsurprisingly, he asserts men are different to women when it comes to communication; we read into things differently, and have different inherent physical ways of expressing our attraction.

“If you’re a woman, you’ll probably be disappointed with our summary of male courtship signals because there aren’t too many,” Pease says. However, here are six key signs men do display when their intentions are or more than platonic. May you use this knowledge for good, not evil… 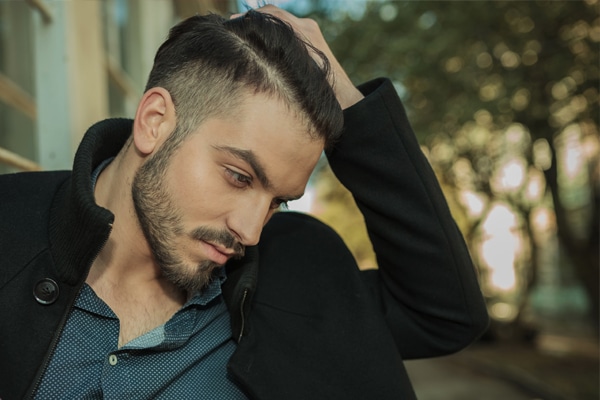 Yep; just like us, guys are prone to a bit of preening in the presence of someone they’re interested in.

“He will straighten his tie, smooth his collar, brush imaginary dust from his shoulder, touch his cuff-links or watch, and rearrange his shirt and other clothing if he’s attracted to you,” says Pease.

“Male displays involve the show of power, wealth and status. Men rev their car engines, brag about how much they earn and challenge other men.”

A far cry from how women compete with each other, wouldn’t you say? 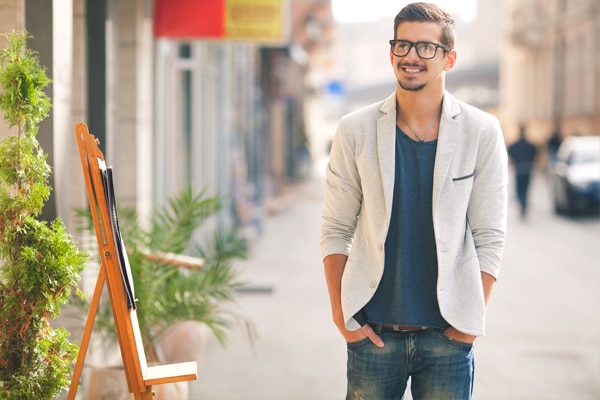 “Thumbs are used to display dominance and assertiveness. A man will use protruding thumbs around women to whom he is attracted. Thumbs sometimes protrude from the back pockets as if the person is trying to hide their dominant attitude.”

3. Rocking on the balls of his feet 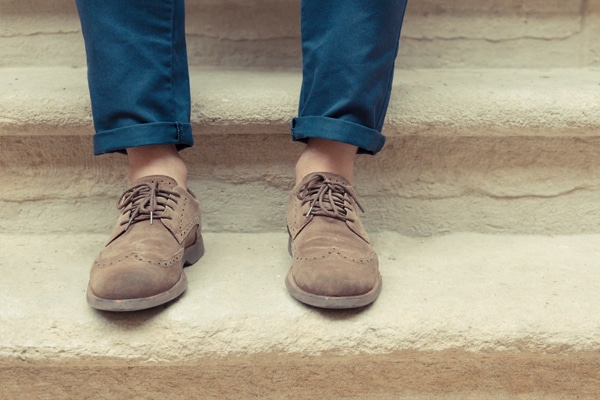 This one goes hand in hand with protruding thumbs (see what we did there?). Turns out shifting around while you’re standing can be much more than just boredom.

“Thumb-displayers also often rock on the balls of their feet to give the impression of extra height,” says Pease. So if you notice a guy rocking backwards and forwards while smiling and maintaining eye-contact, chances are, he’s interested. 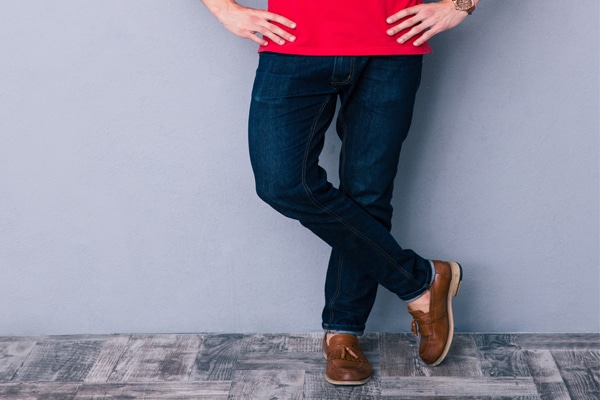 This one is so obvious you wouldn’t bother to think it, but it’s a very good indicator of sexual attraction.

“The crotch display is used by macho men and tough guys,” says Pease.

“The crotch displayer plants both feet firmly on the ground, making a clear statement that he has no intention of leaving. It highlights the genitals, giving him a macho-looking attitude. He may also turn his body towards you, point his foot at you and hold your gaze for longer than usual. When he’s seated or leaning against a wall, he may spread his legs to display his crotch. Monkeys and chimps do it too.” 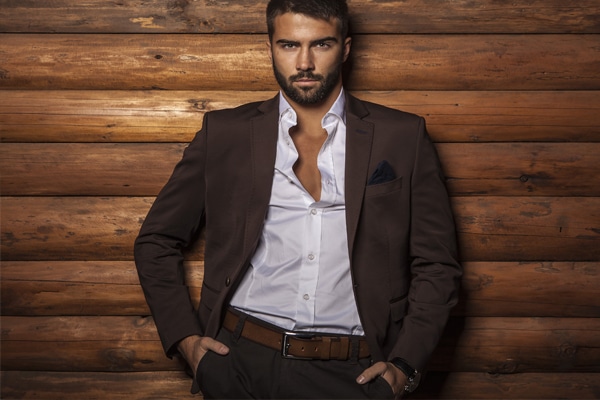 So it turns out sexy cowboys don’t just exist in 1950s shoot-’em-up westerns. Standing like a cowboy is actually a thing, and can give away an awful lot about a guy’s intentions.

“Thumbs tucked into the belt or into the tops of the pockets frames the genital area and is a display used mainly by men to show a sexually aggressive attitude,” Pease asserts.

“Also, jokingly called the Man-of-the-Long-Thumbs gesture, the arms take the readiness position and the hands serve as central indicators, highlighting the crotch. Men use this gesture to stake their territory or to show other men that they are unafraid. This gesture tells others, ‘I am virile – I can dominate,’ which is why it’s a regular for men on the prowl. Apes use the same gesture, but without a belt or trousers.” 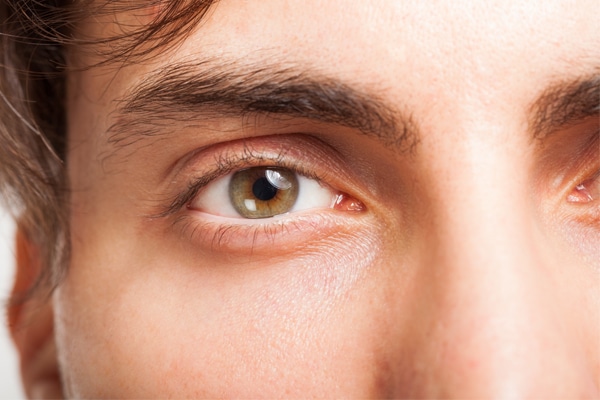 Pupils enlarging is a very common occurrence in human beings when we see something we enjoy. This applies to food, clothes, places, and of course, people.

“Any man talking to a woman while he’s standing in the cowboy stance – with his pupils dilated and one foot pointing towards her – is easily read by most women,” says Pease.

“It’s one of the things that gives the game away for men, as they unwittingly declare what’s on their mind.”

So if you’re talking to a man and he’s in equal parts cowboy, chimp, pupil-enlarging, rocking back and forth, with thumbs out and bits on display, you’ve probably got a winner. Happy hunting!

Comment: Do you think you can tell when a guy is into you, or are you usually pretty clueless?