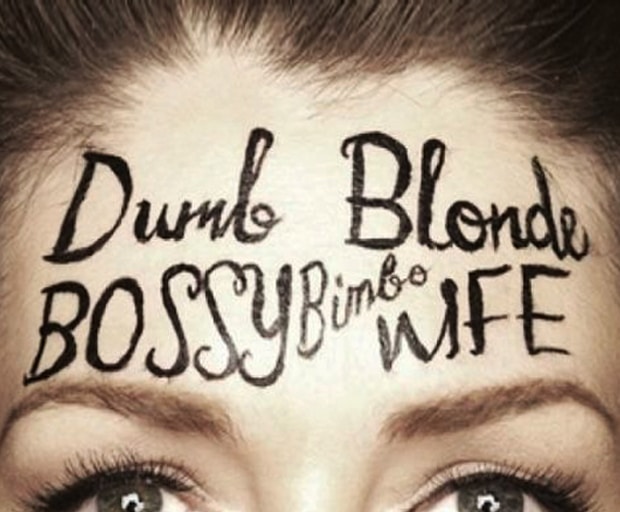 I love reading about women who lived their lives way outside the lines; whose journeys were so different from mine, and yet whom I find a little of myself in, in each story.

While I’ll likely never sing Happy Birthday to a president or have a musical made about my life, I related to Marilyn Monroe’s soul-destroying perfectionism, and Gypsy Rose Lee’s unstoppable ambition when reading their biographies.

There’s few better catalysts for personal development than delving into the inspiring lives of women who left a permanent mark on the world; from modern influencers to historical icons. The following books are a must-read, if not for the reminder to live your own unique, badass life, then for the revelation that these women also struggled with the universally relatable feeling of never quite having ‘made it’ in spite of great achievements, because their goal posts were always moving… 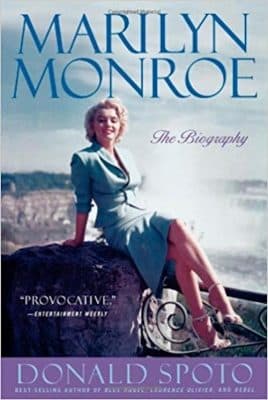 A good biography shows the complexities and contradictions of the subject. This is especially true of Marilyn Monroe. During a time when Hollywood film studios rewrote the lives of their stars to make them more beloved by the public, it’s difficult to say who the real Marilyn Monroe was. Especially since she herself twisted the tale of her life perhaps even more than her home studio, Twentieth Century Fox.

Donald Spoto’s biography is considered one of the truest accounts of the star’s life. Be it long and incredibly detailed, and while questions do remain, the book clearly shows a woman grappling with different desires and identities. There was something about Monroe so entrancing and vivacious on camera, in direct contrast with her behind-the-scenes persona: an anxious perfectionist working tirelessly to be loved and taken seriously. 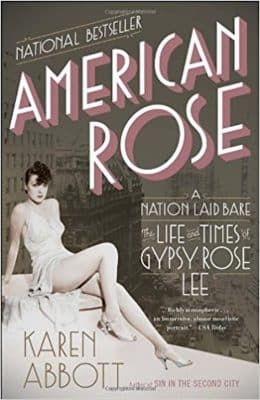 This book is full on Gatsby. Set in the roaring twenties when Gypsy Rose Lee made her debut in burlesque and brought out the ‘tease’ in ‘striptease’, it illustrates how the inspiring actress changed the art form forever. Lee became known for her style of mixing comedy with masterful storytelling, all the while slowly shimming her way out of stockings.

The book jumps back and forth from her childhood in vaudeville, growing up with a dramatic and violent mother and dancing prodigy of a sister, to her adult life – fighting her emotions during an affair with a film producer. The story truly takes you to another time and into the incredible life of a true star, with all of the sex, money, and murder you could want.

3. I Feel Bad About My Neck: And Other Thoughts on Being a Woman
by Nora Ephron 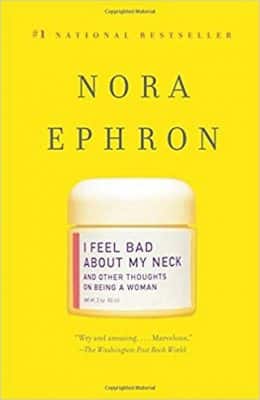 Enter: self-deprecating comedy and one of the most thought-provoking dialogues on how women age in our society; which, as hinted at in title, is impossible to hide in your neck. The book’s author, Nora Ephron first made her mark as a successful journalist before enjoying a prolific screenwriting career writing iconic rom-coms, including When Harry Met Sally, Sleepless in Seattle, You’ve Got Mail, and Julie & Julia, the venturing into directing in the 90s, where she proved herself to be a formidable all-round filmmaker.

This book is more a collection of essays reawakening her distinct voice and talent for quirky observations, and less a chronological tale of her life. But it includes some great nuggets you can imagine being said in her Jewish New Yorker accent: “Don’t buy anything 100 per cent wool, even if it seems to be very soft and not particularly itchy when you try it on in the store.” 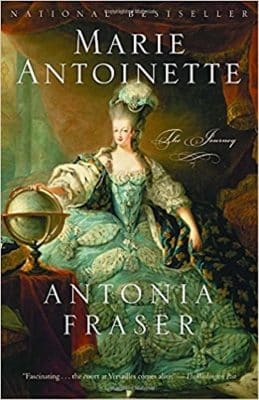 She’s the most famous queen of France, wrongly accused of proclaiming, “Let them eat cake” in response to the starving working class during the beginning of the revolution. In reality, Marie Antionette was a pawn in her mother’s political plans that resulted in her marriage at age 14. She suffered under constant pressure from her family because of her husband’s inability to consummate their marriage for seven years due to what Fraser says was laziness and disinterest. And when she and the king attempted to flee the country as the revolution threatened their safety, it stamped them for a sure death by the republic.

There have been many biographies about Marie Antionette, challenging the myths and searching for the truth. And while many discuss the events in her life, Fraser attempts to find out who this woman truly was at her core, making this book arguably one of the greatest biographies ever written about the enigmatic queen.

5. The Art of Asking: How I Learned to Stop Worrying and Let People Help
by Amanda Palmer 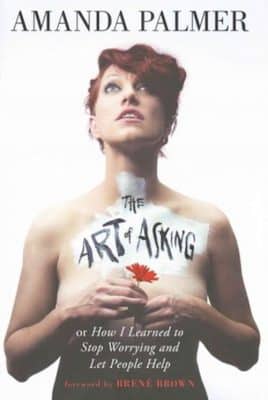 Amanda Palmer is many things: a musician, human statue, Indie rockstar, songwriter, loud talker, often hairy, and sometimes nude. In her memoir, she jumps back and forth on her life’s timeline, chronicling snippets of her budding relationship (now marriage with one son) to Neil Gaiman, and the beginning of her career elbowing her way into the music industry when they weren’t sure what to do with her.

This book could be a go-to guide for how to network and build a business. As suggested by her unshaven armpit hair, Palmer’s approach is admirably shameless and self-assured. Throughout her story, she asks fans for a couch to sleep on, spare tampons, and money. It was her campaign to produce her own album that pioneered crowdfunding. For all of the many mixed feelings about Amanda Palmer, one thing she does well is ask for involvement, and her fans respond.

6. The Fictional Woman
by Tara Moss 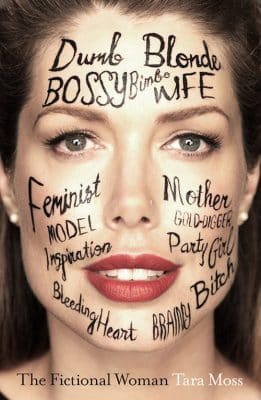 Someone I’ve truly admired for years is Tara Moss; with her ability to dress in gorgeous vintage, be a brave outspoken activist, and manage seamless career changes, it’s hard not to read about this woman’s life without developing a hell of a girl crush. In an effort to escape her small home town and see the world, Moss began a career as a model at age 14. Refreshingly and often startlingly, the author/activist speaks openly about the industry’s ups and many downsides throughout her memoir, including her rape by a Canadian actor.

Moss later left the modeling world to follow her passion for writing; the success of her crime novels leading many to suspect that they were ghost written (because how could someone so gorgeous think deep thoughts and write well?). But in response, she took a lie-detector test to prove her authorship. Mixed with her personal stories, she also writes about her activism work and passion for promoting greater gender equality, making The Fictional Woman a must-read for anyone looking for the facts.

Liked this? Stay up to date with everything SHESAID and score a chance to win tickets for you and four friends to the Caribbean by signing up to our newsletter right here!
Tags
Gender Equality women
Josie Gleave June 8, 2017
Share
Tweet
Pin
Share