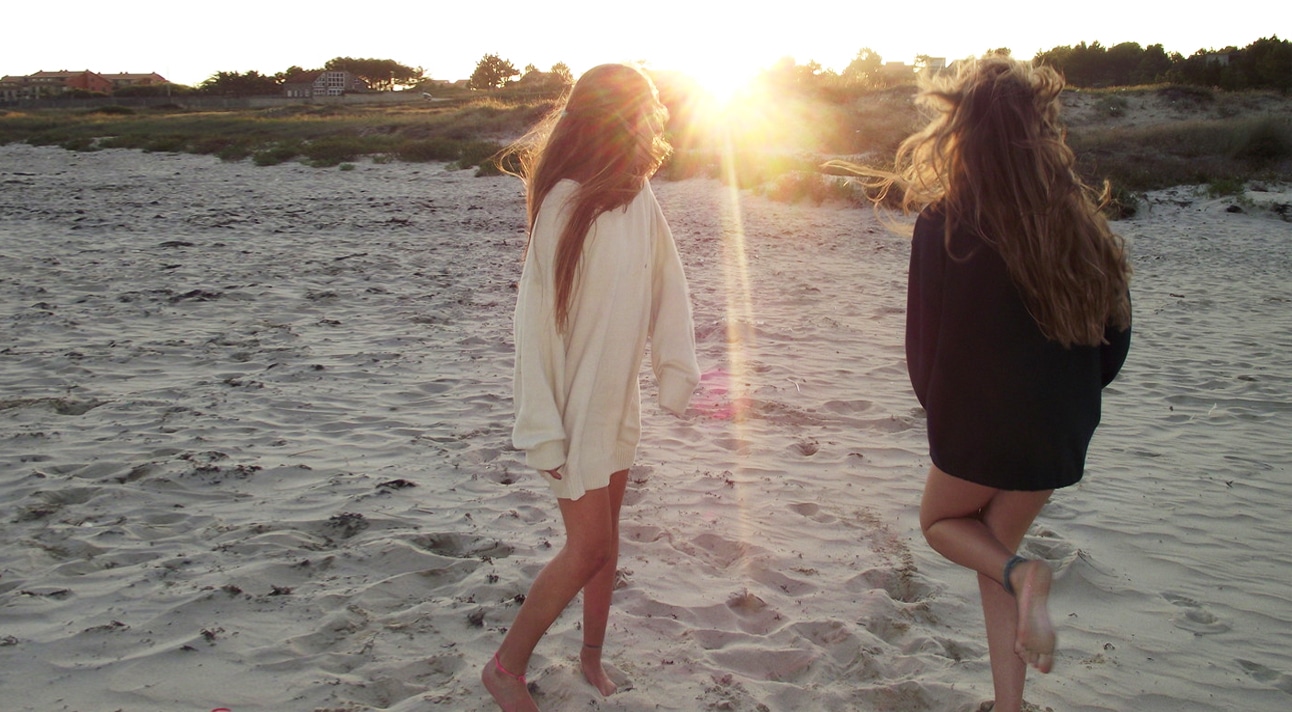 Not all of our friendships were meant to last.

Some days it feels like the world is crumbling around us, and it’s hard to do much more than go home and crawl under our bedsheets to shut everything out. As hard as it might seem, on these days self-care is more vital than ever.

Sometimes self-care means taking a long bath, making a nice meal for yourself, or tuning out of social media for a while. Taking the time to check in with yourself can help guide you towards whatever you need to get your psyche on balance. But what happens when you figure out that the one thing you need to do in order to get your sanity back on track is something you’d rather step on broken Legos than actually do?

Toxic friendships are incredibly, impossibly painful to deal with. They teach us that things are going badly because of something we did, and the longer we’re friends, the more guilty we usually feel about ending a relationship because we can’t fix our supposed shortcoming.

One friend in particular used to wake me up at midnight so I could drive her to the store so she could get something with caffeine in it when she had withdrawal headaches.

This friend and I had been a duo since I was 15. We’d been through a lot together. The death of my partner, domestic abuse from her family, the loss of friends, and abandonment of family members – it’d been a road nearly a decade long, paved with sleepovers and books and heartache. That’s why moving in together seemed like such a good idea. She’d been so supportive. She’d encouraged me to go to therapy, supported my efforts to construct boundaries in my life. Right up until they impacted her.

I told her I couldn’t drive her to the store at midnight anymore; I was going to make grocery runs in the afternoons on Saturdays, and she was welcome to join me then. She was a little annoyed, but agreed readily enough. Come Saturday afternoon, she didn’t show up, so I assumed she didn’t need to go to the store. Later that night, she showed up, smiling, informing me she was ready to go now.

And I didn’t take her. I stopped putting up with requests to drive her around when I had to wake up the next morning, stopped bearing the financial burden of her friendship. I stopped letting her use my phone number on applications – a choice that even now, years later, resulted in creditors repeatedly calling my line for bills she still hasn’t paid. Friends and my therapist told me I needed to put my foot down and have a serious talk with her, but I was afraid. She’d been my friend for so long, and moreover, she’d been with me through so much. Surely this was just a rough patch? I couldn’t just abandon her.

It came to a head when she was fired a week before rent was due. She sent me a message telling me she wouldn’t be able to pay rent, expecting me to cover her half for her. Not only could I not afford to do this, I was floored at the expectation. “But you should get a final check. That should cover rent, right?”

The truth eventually came out. She’d blown all of her cash at an anime convention and that’s why she was short for rent. My years of taking care of her led her to believe that this situation would be no different. She was wrong this time. I told her she was going to need to find the money somehow because I didn’t have it. That’s when the bottom fell out.

The messages she sent me were full of a kind of rage I’d never seen her direct at me before. She wanted to know what she’d done to earn such a terrible friend. My suggestions that she go to pawn shops or sell off some of her things online fell on deaf ears – she wasn’t interested in being helped. She was interested in being saved. And when I couldn’t provide that service for her, my worth expired.

Even still, I fought to save our relationship. I suggested we try to salvage our friendship by moving apart, splitting the cost of severing our lease, and seeing where that took us. She was livid. She cried, threw things around her room, asked me how I could expect her to go through the expense. Eventually she calmed a bit, suggested that she stay the night at a friend’s house to cool down. I was going out of town for the weekend, and we agreed to speak when I came back on Sunday.

When I came back on Sunday, she was gone. She moved out, leaving me with the entirety of all of our bills and expenses. As it turned out, I was the only one worried about losing our years of friendship. That stopped being important to her when I stopped being her personal doormat.

If I’d cut off the friendship years before, I may have saved myself some pain, but it’s a lesson well learned. Breaking apart a friendship is hard, but sometimes it’s one of the best things you can do for yourself.

Months later she tried to get in touch with me again, to offer me a non-apology and reconnect. She wanted to move out of her mother’s house and wanted to know if I was in a position to sign on with a roommate. She regretted that our long friendship had broken apart because she “took bad advice from friends,” her explanation for what had happened.

My reply was short. I was also sorry that our long friendship ended over something so petty. I was sorry that it’d meant so little to her. I wished her well in the future, and I meant that. I still hope she finds where she needs to be, and I hope she has a good life. I just know I can’t, and don’t want to be, a part of it.

Comment: Have you ever had to end a friendship in order to take care of your own wellbeing?