Breaking Up With My Best Friend Was Harder Than A Divorce

I still think of her daily. And it still hurts.

Jessica and I had been inseparable since high school.

As if we were joined at the hip, we did everything together. We sported matching leather backpacks, and even accidentally got the same haircut and color done one Saturday afternoon before meeting up for dinner, the two of us laughing hysterically upon discovering our matching bobs with chunky blonde highlights. We’d even unintentionally worn the very same pair of underwear when we’d lost our virginities (same underwear, two different boys, and two different occasions, just to be clear).

Where I was, Jessica was.

We shared everything: food, clothes, makeup, books. The only thing we didn’t share was ex-boyfriends. Our girl code was solid like that.

In our early twenties, although we chose very different paths, we still spoke every day. When she was traveling for work, I’d sit on the phone with her for hours, which eventually drove a wedge between me and my boyfriend at the time. He said that she was manipulative and possessive. Jessica maintained he was just jealous. Of course, I sided with Jessica. Bye-bye went my boyfriend. After all, if he didn’t like my soul sister, then he wasn’t my soulmate.

Jessica and I weren’t without our tiffs. We had plenty. She lived with me on and off throughout our early twenties, and her free-spirited, deal-with-it-later approach made my organized, clean-freak blood boil at times. We’d eventually hash it out, our tempers getting the better of us. After a brief period of silence, one of us would call the other, and we’d pick up again, as if our fight had never happened. Our friendship always restarted right where it left off, and our fight would then be filed away in the archives that all long friendships have, never to be spoken of again.

But by our mid-twenties, change had come about for both of us.

I left my retail job to go to college, and my newfound education seemed to irritate Jessica. She often made chastising remarks about my student debt, as if to suggest going to study had been a bad decision on my part. Around the same time, she was promoted in her job. Suddenly her whole life became about networking with the big execs, work functions and her new group of work drinking buddies. I’d been working in healthcare and had taken an interest in nutrition and wellbeing, so I didn’t find her drunken tales all that entertaining anymore. My stories of homemade sauerkraut and meditation eventually led to her making up excuses to get off the phone during our regular calls.

We began seeing each other less and less. I assumed it was a stage ― we had been together for over 10 years now. Most friendship couples who’d been together for a decade found that their interest in one another waned every now and then. Surely we would just pick up where we left off as always, after Jessica’s new corporate-martini phase wore off…right?

Little things she did started to grate on me. Coffee dates were canceled at the last minute, or if they weren’t, she’d run two hours late. The odd condescending comment escaped her lips, the hint of sarcasm sounded in her voice, the raising of an eyebrow, too obvious to ignore. Yet I did. I pretended those little things didn’t matter. Really, they were the first subtle signs that something was changing between us.

Jessica dropped off the face of the earth for the three months leading up to my wedding. I had no idea whether I’d been some sort of Bridezilla (my sisters assured me I had not), or if I’d said something wrong.

Then, on my wedding day she showed up at my house at 7a.m. with her makeup bag and a tray of coffees, like she hadn’t been a ghost for months.

At the wedding she gave the most moving maid-of-honor speech ― it literally brought tears to my eyes.

Naturally, Jessica came along when my husband and I were house-hunting. She’d been there for every big decision in my life, so why not this one too? But instead of being supportive as we went from property to property, she turned up her nose at every renovator’s delight with brown shag carpet we walked into. “Horrendous,” she kept saying.

After we’d bought a house, she told me matter-of-factly that I’d been stupid to become a homeowner because the market was going to crash soon. She was only looking out for me, she said. Though I didn’t see it at the time, I think the fact I had something she didn’t have was too much for her to bear. Even with Jessica’s exorbitant paycheck, she never saved a single dollar. For so many years we’d been on the same page in our lives, but now I was moving ahead into settled adulthood while she was still spending her weekends at bars, living as though she were still in college. The little differences were beginning to creep in, in very big ways. 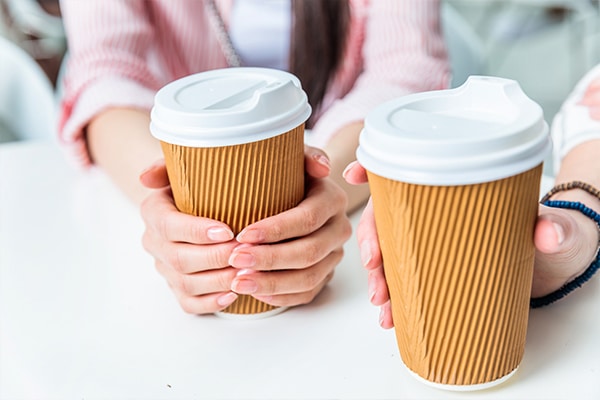 Despite these differences, Jessica still called me most days. Except now, the phone calls weren’t for us to chat about our lives ― they were for her to talk about her day, the daily vent of sorts. I found myself half-listening to her lengthy work stories, feigning interest while I chopped vegetables for dinner. Over time I began to notice she had stopped asking me about my life altogether.

She was bored of me, that much was clear, and at this stage I was starting to find her opinions quite shallow. But we’d been best friends since forever! What was I meant to do? Dump her? The very notion made my stomach churn. Yes, she was egotistical and self-absorbed, but really, doesn’t everyone have flaws?

Except that, unlike old times, I couldn’t relate to Jessica’s point of view anymore, nor could she see mine. We were no longer soul-sisters, now, we were two very different souls treading two very different paths. And just like a bad marriage, the good times were becoming few and far in between, the ‘date nights’ long gone, the “love you” just a habitual parting phrase instead of the heartfelt declaration it had once been.

The last straw came one evening when I’d been listening to Jessica talk on the phone. One hour and ten minutes into the conversation, after she still hadn’t asked me how I was, I snapped.

We had discussed her job, her work friends, and her boyfriend. Her. Her. Her. I’d been planning to tell her that I’d just found out I was pregnant, but I hadn’t been able to get a word in. I made an excuse to get off the phone and hung up ― because in that moment, I realized I didn’t actually respect the person Jessica had grown into. I loved her, but I didn’t like her anymore. It was as if a veil had been lifted; I’d been blindsided all these years because she had been a good friend to me in the past, but take away all the history and I was left with present Jessica.

Present Jessica wasn’t a good friend. She wasn’t at all like the sweet and caring 14 year-old I’d loved and adored. She’d grown into a very selfish, narcissistic person, and I finally saw all those times she’d acted strangely in the past were out of jealousy. All those snippy comments weren’t because she was “looking out for” me, they were because she wanted to knock me down a peg. I hadn’t even noticed how dysfunctional we’d become. Just like an unhappy marriage, we were so accustomed to being together that we never took a moment to question why we were still actually together.

I never got to tell her I was pregnant. That was our last phone call.

Our friendship-ending fight broke out over Facebook, of all places. It almost seemed a fitting way to part ― we met when we were 14, so the two of us acting like 14 year-olds when we broke up made complete sense.

I opened by shooting the question “Are we even friends?” to her in a private message, then we both began typing in a venomous fury, finally revealing to each other what we really thought. I still remember typing the words “I’m done with you.” My chest still aches every time I think about it.

That was it. Just like that, my best friend and I were done. Finished. Separated. Divorced, even.

I often wonder if at some stage in the future our paths will cross again. I also wonder whether we would have simply fallen out of touch ― as many friendships do ― if it hadn’t have been for the dramatic online confrontation that took place. Nevertheless, I try to put her out of my mind. But it’s extremely hard. My photo albums are filled with her smiling face; she’s so integral to every picture that if I attempted to cut her out, I’d be left with confetti.

She was just that big a part of my life for so long. Around every corner of my home, something Jessica still stares at me. Even as I’m writing this, I look down to find that I’m wearing a pair of yoga pants she bought me.

Just like a marital divorce, there have been stages of grief over the loss of our friendship: anger, denial, resentment, blame, sadness.

I’m sad for the plans we made that will never be fulfilled, the children of hers I’ll never get to meet, the summer barbecues we’d talked about hosting as grown-ups since we were teenagers, where our kids would play outside long into night… Those plans will never take place now.

And just like a newly divorced woman, I’m trying to piece together my newly single life, trying to configure what it looks like now that I’m best friend-less. But unlike a romantic relationship, I haven’t eventually moved on to someone better suited to me. There hasn’t been another Jessica who has whisked me off my feet and wooed me and won my heart again, making me wonder why I wasted so much time on my ex-best friend.

If I could just tell everyone that I broke up with my best friend, it would be a load off my shoulders. Everyone would steer clear of the Jessica topic and try to set me up with their best friend-less cousin. But it doesn’t work like that. There’s no speed dating for best friends, no websites that connect you to a potential new best friend based on mutual interests, no swiping right to find a replacement.

That’s why breaking up with your best friend is the hardest breakup you’ll ever face. There’s no getting over it. Your mind is filled with memories of activities you did together, all your old stories contain them, every image of your old best friend is immortalized in your Facebook photo section, reminding you with every log-in of the gaping hole in your life. But you can’t delete the Jessica photos, because without the Jessica photos there are no photos at all.

Then, probably worst of all, there’s that same question at every social gathering, “So, where’s Jessica been lately?”

And just like that, you relive it all again.

Because you can’t say that you got divorced from your best friend. Nobody sends you a muffin basket for shit like that.

And at age 30, where does one even go to find a new best friend?

Sometimes when my cat Muppet is being a selfish asshole I look down at the fluffball and whisper, “Jessica”.*

*This post was originally published February 2018. Images via shutterstock.com.

Comment: Have you ever had to part ways with your closest friend in the world?