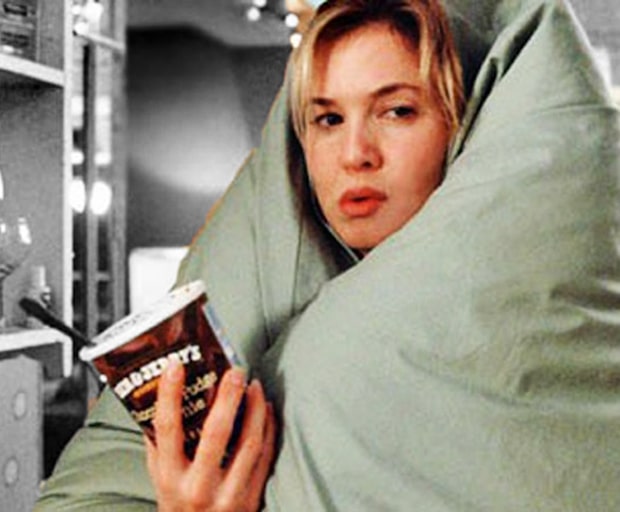 #ExplainAFilmPlotBadly Is Back And It’s Brilliant

Because there’s a little bit of Bridget in all of us.

We’ve all experienced the joys and sorrows of Bridget Jones; history’s most catastrophic heroine.

I first saw this whirlwind of a film when I was a teenager, and it annoyed the crap outa me. Who was this stupid woman, running around with some horrible (albeit hot AF) man who treats her like a used dishrag? Why the hell didn’t she just automatically go with D’Arcy? To my teenage self, he was such a glaringly obvious choice. I lost all respect for poor Bridget the minute she went on that first date with Daniel Cleaver.

Going to an all-girls school and having the most stable and loving of family lives didn’t leave much room for women like Bridget. Aside from her incessant worrying about weight, there was nothing in Bridget I related to. As such, I assumed this particular character was a completely inaccurate, anti-feminist representation of women in the real world. While I was ultimately happy for her when she ended up with Colin Firth, it was more of an eye-rolling, hand-throwing, “Oh finally, you stupid girl!”

Needless to say, I took the DVD out of the player and resolved never to watch Bridget Jones’ Diary again.

But of course I did. I was in my early 20s and had just had my heart dashed to pieces by some jerk. In a divinely bizarre twist of fate, the film happened to flicker onto my TV screen at 8:30 on a Friday night as I was stuffing my face full of Ben & Jerry’s. To be honest, the only reason I let this perceivably anti-feminist chick movie play was because I was too full of ice-cream to reach for the remote.

This time, something clicked. I looked at Hugh Grant in all his sexy glory, prancing around the screen as serial prick-face Daniel Cleaver, and mentally gasped. I now understood; it was the idea of Daniel that Bridget had fallen in love with. The rich, charismatic, funny, devastatingly handsome sex god who made her feel (at least for short intervals) like she was the most exquisite woman on the planet. As for poor old Colin Firth, the idea of that character was about as appealing as a wet sock in Winter.

I sat bolt upright in my chair. Here was this woman; chaotic, bewildered, and entirely unable to take care of herself like a normal human being, getting her heart broken in the worst possible way. However, rather than hiding it, or lying about it, or deflecting it in the name of being a strong, independent, 21st century woman, she was unashamedly spewing word vomit about her feels for all the viewers to see.

Bridget’s reaction was a clear portrayal of every single torturous thing I was feeling right at that moment, but was too ashamed to fully admit. Yes, she was making fat jokes, but rather than putting herself down, she was embracing the destruction of her physical self as an inherent byproduct of feeling really, really shitty.

I looked down at my Ben & Jerry’s, grabbed my spoon, and began shovelling it into my mouth faster than ever before. Screw it; if Bridget was doing it, so could I.

However, I still had my reservations about the film. After all, wasn’t it still a sexist portrayal of a career woman? Coming to work in skimpy clothes and being ungracefully seduced by the boss? She hardly fit the bill of one of the immaculate, charismatic, sexy-but-smart women of Boston Legal. But after watching the film again with my bestie after she’d broken up with her own personal Daniel Cleaver, I had an epiphany.

It had taken being in the work force for a good few years for me to comprehend my mistake. Of course Bridget wasn’t a ‘feminist’ representation of a career woman, because the kind of career woman you see on cop shows or lawyer shows or medical flicks actually doesn’t exist. At least, not in the vast numbers we’re programmed to believe. Bridget Jones, in her unassumingly inappropriate work attire, is the chaos bug we’re too afraid to acknowledge.

Women seem to have such difficulty admitting they’re drowning at work, or being sexually harassed by the boss, or even finding time to keep business gear clean because we’re so afraid of being seen as incapable in a world dominated by men. Yet here was little Bridget Jones, unashamedly coming to work in squalid glory, and still proving herself a valuable member of the team. She even nailed the story of the year during her stint as a journalist. And she didn’t have to look like something out of The West Wing to do it.

From that moment on, I was hooked. The movie had completely debunked everything I thought feminism should portray. Bridget was not only happily embracing her crazy, she also lived in joyful hope that one day she would pull herself out of the cycle of ice-cream and ill-fated love. With her tenacity, wit and will to survive, she grows some self esteem, starts killing it at her career, learns who she is as a person, and as byproduct of all this awesome, she nabs the guy she wants.

So here’s to Bridget Jones. She’s not Supergirl, or Buffy, or Katniss Everdeen. But she does represent a world of women who are battling through their hormones to make it in a man’s world, and provides the proof that we can all actually succeed…in a gritty, chaotic, but entirely realistic and relatable kinda way.

So next time you commiserate over red wine and chocolate with your bestie about your latest guy drama, pull out this sensational film. If Bridget can survive and thrive, you sure as hell can too.