I recently broke up with my best friend of 12 years.

While I’d like to say she was a mean-spirited person who slept with my boyfriend and spread vicious rumours about me, she wasn’t. She was quite the opposite, in fact.

Said friend, who I’ll call Jan, was one of the most loyal people I’d ever met. If I was feeling down in the dumps, she’d be the first to lend an ear. If I was short on cash, she’d wouldn’t hesitate to shout me a coffee. On paper, she was the best friend a person could ever ask for. However, exterior motives can be deceiving.

The problem was, Jan’s seemingly selfless acts of kindness almost always turned out to be for manipulative purposes. Sure, she’d lend me a few bucks and console me when I was upset, but she’d also never let me forget it, often holding it over my head when she saw it convenient.

“I’ve done this for you and I’ve done that for you,” was the phrase she’d pull out every time I wasn’t available when she needed to unload on me.

Up and down more times than a rollercoaster, her unloading took place nearly every day. It was exhausting. So much so that I’d often guiltily let the phone ring out when she’d call. I didn’t have the emotional capacity to be a sounding board 24/7, but it was something she could never quite comprehend. Jan’s constant need for comfort and support began to surpass my own needs.

“If over time you notice that the balance between giving and receiving leans heavily toward you giving, and your friendship rarely focuses on your needs, it’s time to have a talk,” Smith told Psychology Today.

“If after making it clear that you want a more equal relationship it is obvious that you have become a permanent caretaker to your ‘friend,’ you can either charge professional fees or gracefully move on.” 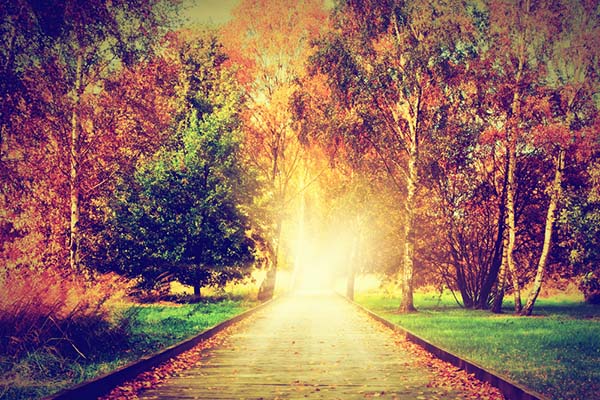 For me, the final straw came when we decided to rent an apartment together. I had a gut feeling Jan would be difficult to live with due to her emotional instability, however she sold the idea to me like a salesman selling candy to a kid. It’d save us both money. We could carpool. It’d be like an endless BFF slumber party… So sign the lease I did.

While sharing a home, it became apparent just how needy and insecure Jan was. More often than not, I stood accused of being inconsiderate and insensitive for things such as not extending a brunch invite, failing to be talkative enough when we were watching TV together, or closing my bedroom door (I kid you not). She also started to take aim at my confidence, often telling me I needed to work on myself or that I was losing my personality. It was as if she took pleasure in making my life as miserable as I could only assume hers was.

I began to feel depleted and resentful in her presence but could never understand why. I even entertained the idea that I was the bad friend for harbouring ill feelings towards her.

“Good-natured teasing is not unexpected in friendships, nor necessarily unwelcome, but when criticism and put-downs become a regular part of your conversations, it has stopped being a friendship that will enhance your emotional health,” says Smith.

“A friend’s digs may be aimed at lowering your status in the relationship in order to elevate their own… Speak up, tell your friend you want to be treated with respect, and if it is a person you would like to keep around, give him or her time to change. If the response to your request is more criticism, move on.”

It was only after seeing a counsellor that I began to see I was in an unhealthy friendship. Luckily, my therapist helped me devise a plan that consisted of setting boundaries and learning to say no to Jan’s unreasonable demands. At first it felt unnatural and almost wrong. But the more I started to push back, the more empowered and free I started to feel.

Obviously, my so-called BFF didn’t take to this very lightly, and eventually confronted me about my renewed independence from her. Sadly, it wasn’t in the way I’d expected. Instead of opting to work it out, she gave me an ultimatum: be the friend she wanted, or not be a friend at all. By this point I had had a gutful. So finally, exhausted and drained, I shrugged my shoulders and let 12 years of friendship wash over me.

It’s been three months since we broke up, and in that time I’ve rediscovered what healthy friendships feel like. While I will always wish Jan happiness no matter where in the world she might be, I’ve finally learnt that friendship needs to be a two-way street, even if that means sometimes I have to make the choice to turn off the road altogether.

Comment: Have you ever had a friendship breakup? How did it affect you?