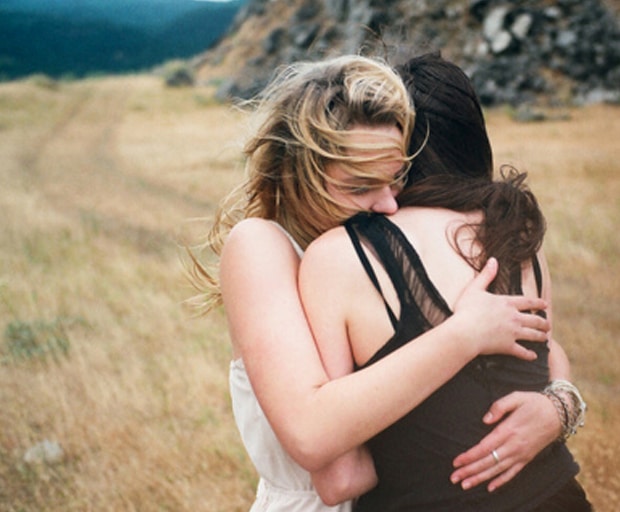 An Open Letter To All My Exes

I recently stepped up to end the romantic and sexual aspects of my relationship with my girlfriend.

Actually, she wasn’t only my girlfriend. She also was — and still remains — my husband’s girlfriend as well. I love both of the people in this situation and I knew that ending or changing things with one of the partners in our “poly triad” was going to hurt the other as well.

So with twice as much love involved, I’d spent over a year telling myself that I needed to try twice as hard to make it work for all of us.

Narrator: It wasn’t working for any of them.

I felt stuck in the pattern of feeling like a monster/robot/ice queen, which spurred a certain amount of resentment and increased avoidance toward someone I felt I should be able to give myself to. And the guilt I felt for having those feelings funneled into the angst and avoidance which fuelled the cycle in an ongoing process. Then we’d all have a really wonderful time together and I’d chide myself: “See! You don’t need to be such an ice queen. It’s all good.”

Then we’d have some really awkward time and ice queen mode would be activated hard and the cycle would begin again.

It was only when I was able to shake off enough of the self-hatred and shame for being who I am that I saw that the situation was unsustainable as it was and some form of a breakup was necessary. Not wanting to hurt anyone had me twisting myself into knots.

Love is about sacrifice, after all. A million memes tell us so.

But love for myself was what allowed me to decide to change the situation.

Regardless of whether you’re the one who needed things to change in a relationship or the person who is being dumped, it simply sucks when things end. There’s a mourning process for everyone involved over what you thought the relationship was going to be, even when you know these changes are in everyone’s best interest.

Sometimes love can get in the way of ending a relationship that is so obviously past its expiration date. Our society values love for others to be the most sacred emotion, but love often clouds our judgment.

Love is purported to be a fixer of all things, a salve that can soothe the worst circumstances and pain.

And I call bullsh*t.

It’s not that I’m anti-love. I’m a big fan of it. I’m in love with a couple of people at this very moment and it’s wonderful even when it’s complicated. Yet, love isn’t as simple as the romcoms and love songs would have us believe.

I’ve definitely been guilty of hanging onto someone for far too long because I loved them. We weren’t in the same place mentally and emotionally and I didn’t have it in me to be there for them with my whole heart. I was super-guarded and only let small pieces of myself out, yet I didn’t want to hurt them by ending things. With that pesky emotion hanging around, I’d convinced myself that if I could fix enough pieces of myself, I could be all the things that would make me a good partner to them — and I believed I owed them that.

All of this becomes even more complicated in non-monogamous relationships where multiple people are involved.

Relationships in polyamory and other styles of non-monogamy don’t always end as abruptly or conclusively as monogamous ones do.

The desire to stick the dismount and remain friends as you transition to being metamours — “the partner of one’s partner, with whom one does not share a direct sexual or loving relationship” — means that breakups are instead attempted as transitions to something that will work for everyone involved. This isn’t easy and it still requires time to get over the hurt feelings that naturally arise.

My husband and now-ex-girlfriend/still-his-girlfriend were hurt by my decision and both need to heal and mourn the loss of what could have been, but there is a sense of relief for each of us well as well. We’d all been feeling the ever-looming cloud of discomfort, and putting it to rest freed us all to explore the kind of relationship we could build without it.

We’re all constantly exposed to contradictory messages about how we’re supposed to love.

We’re expected to love and accept ourselves, but also to never to put our selfish interests above the nobler love for others. Run yourself a bath, but run yourself into the ground for your family.

I believe that shaking off the notion that loving someone means always putting their feelings first is the only way anyone can function daily in a sustainable way.

And I could only love her in a way that works not only for me but for all three of us, once I tossed out the idea of what love should be.

The One Thing That Makes Polyamorous Relationships Not Only Work, But Thrive
Why Polyamory Actuation Is Not The Opposite Of Monogamy
12 Principles Of Polyamory That Can Totally Benefit Monogamous Marriages Too