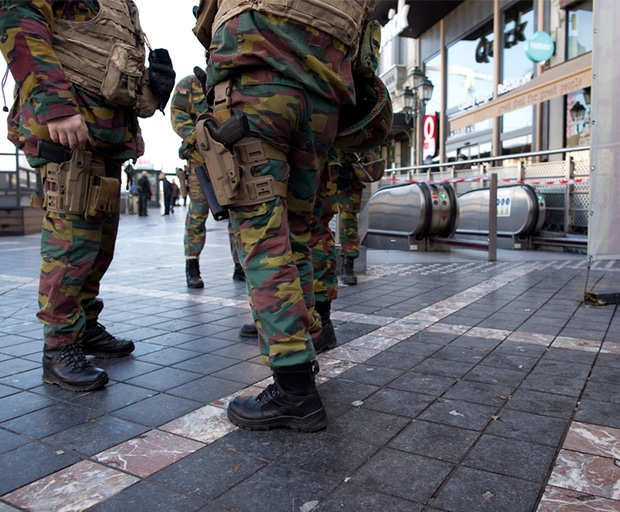 16 Puppies That Are Too Cute To Exist

“It is a common fight, it is a fight without boarders.”

Thirty-one people have died and another 250 have been injured after three bombs where detonated in Brussels, Belgium.

Shortly before 8AM local time on Tuesday, two explosions hit Zaventem airport in Brussels. Following the airport blast another was released inside Maalbeek metro station in the heart of the Belgium capital.

The airport attack killed 11 and injured at least 92 while the metro station blast killed 20 and injured another 130 people. There is growing concern due to the Maalbeek metro station’s proximity to predominant European Union buildings, which house the Council of the EU, the UN regional office and the EU Commission Headquarters.

ISIS has since claimed to have conducted both the airport and metro attacks.

CCTV footage has now been released of three suspected assailants, none of whom identities are known, inside Zaventem airport. Two of these men are wearing black gloves on their left hands which are believed to be concealing the detonators. Mayor of Zaventem, Francis Vermeiren has told reporters he suspects the bombs were carried in their bags.

The two men in black very likely “committed a suicide attack” according to federal prosecutor, Frederic van Leeuw. Belgian police have instigated a series of raids and extensive manhunt for the third man.

After a day of lock down some transport lines and routes have been reopened. According to an official statement from Brussels Airport it is unclear when the airport will open again.

“All flights and other operations at Brussels Airport have been cancelled for the day. The airport site has been entirely evacuated to give the public prosecutor and the police enough room to meticulously carry out their investigation into the explosions at the airport.”

“At this moment it is impossible for us to say when operations will be resumed. There is much damage and we do not have access to the building as the investigation is still underway. As soon as more information is available, we will inform the public.”

“What we feared has happened… It is a common fight, it is a fight without boarders.”

“We are determined to defend our freedom.” Michel concluded.

Vigils have been progressively taking place across the country, the most notable being in the famous Place de la Bourse.