Why Is The Burden Of Contraception Always On Women?

We need to stop letting men off easy.

I saw a commercial the other day for a new kind of birth control.

I’d heard of pills, patches, vaginal rings, even shots, but this one was new to me. This was a surgical implant inserted into the upper arm. It gave me a little bit of a shiver to think about, but the more options we have the better, right?

And then I stopped. It’s true women have a long, long list of birth control options, but how many do men have?

There are condoms, naturally. Vasectomies, which seem a little extreme to most men. Even a quick Google search provides a short list of options like the pull-out method, which isn’t super effective. 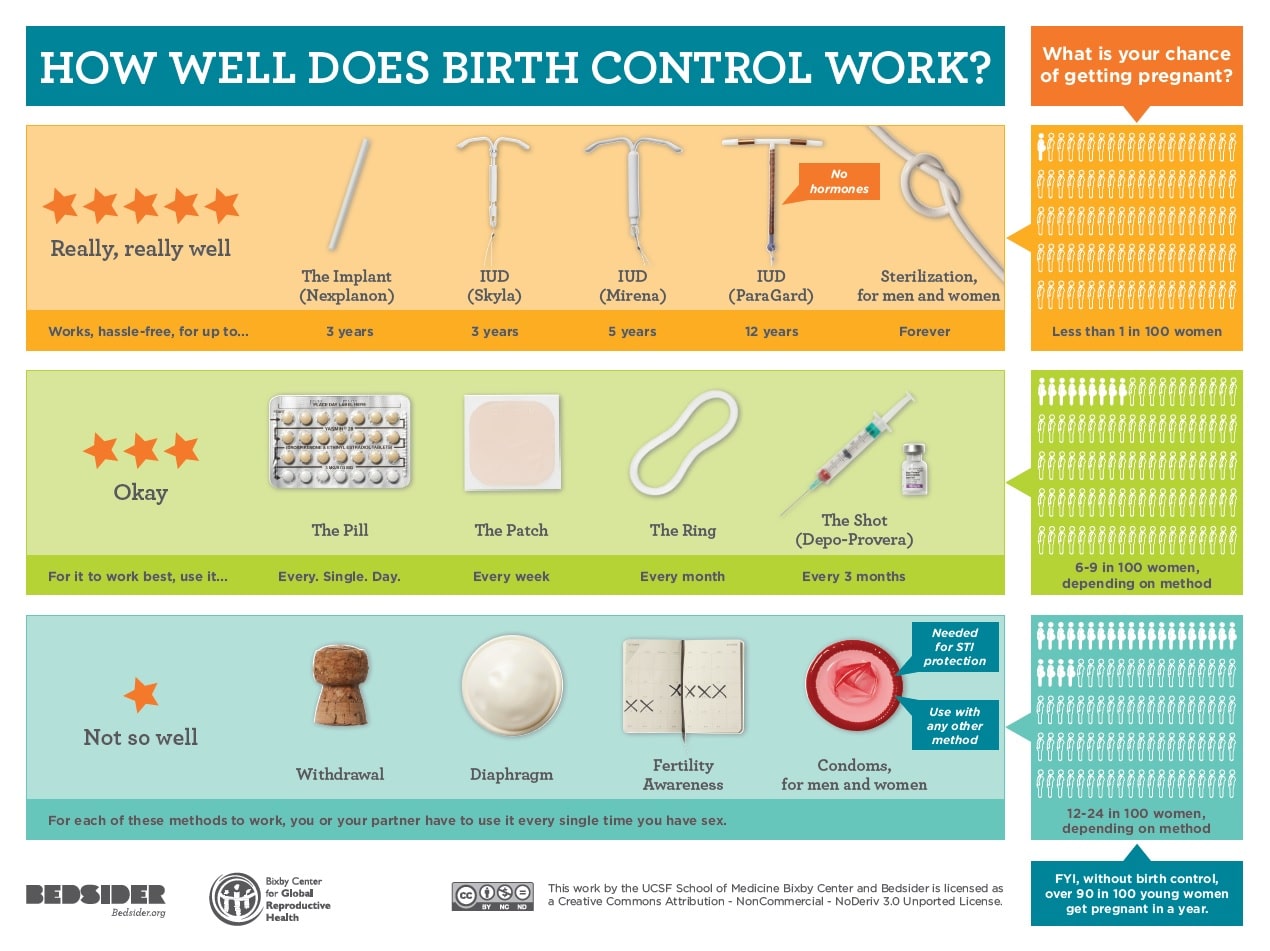 The majority of effective contraceptive methods place the burden on the woman, which makes little sense. To paraphrase a common quote, it makes more sense to unload a gun than to shoot at a bulletproof vest and cross your fingers. To put it in a quick list form, here are a handful of the contraceptive options for women:

And for men we have:

I can hear the cries now.

“Well of course women are expected to manage contraceptives, look at how many more options they have!” It’s true, we have far more options. But this is largely because men are so terrified of getting a zit that they’d rather their partner go through surgery to protect their fragile masculinity.

Awhile back news hit about a contraceptive option for men by way of a hormonal shot. It only needed to be applied once every eight weeks, and studies were showing positive results.

Unfortunately the studies were stopped early. Men were complaining about the side effects, including depression, acne, increased libido and muscle pain. And any woman who’s been on birth control is either laughing or rolling their eyes right now. Men don’t realize these are regularly listed for us expected side effects for just about every birth control we’ve ever been on.

Getting away from availability for a moment, it’s hard enough to get men to willingly use the options they have. A lot of men complain about condom usage, claiming sex doesn’t feel as good with one on. I bet it feels a lot better than female sterilization procedures, or the numerous side effects birth control is likely to give any woman. Go ahead, ask five of your female friends. I guarantee you’re going to walk away with a list of horror stories and a healthy dose of nausea.

And don’t even get men started on vasectomies, a procedure too terrifying for their masculine egos.

We need to stop letting men off the hook. It takes two to make a baby and there is absolutely no reason why the contraceptive burden should be overwhelmingly on the woman.

Comment: Do you agree there’s too much emphasis on women to always be prepared with contraceptives?