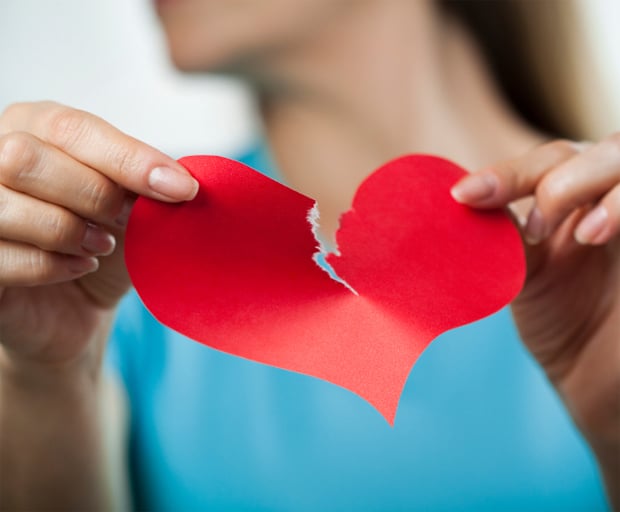 Are you staying in a loveless and unhappy marriage, or worse still, a violent one because you feel like you’ve got no rights?

RELATED: How The Art Of Forgiveness Can Save Your Marriage

Domestic violence is a scourge on our society; shockingly, the vast majority of dangerous, abusive and violent behaviour which occurs in the privacy of people’s homes is committed by men against women. And with one in three Australian marriages ending in divorce, many women often feel trapped because they aren’t aware of their entitlements and the processes involved in obtaining a divorce.

“Even in 2015, divorce remains a taboo subject with many people not considering one until it happens,” Brett says, “And there are numerous myths that continuously pop up online.” 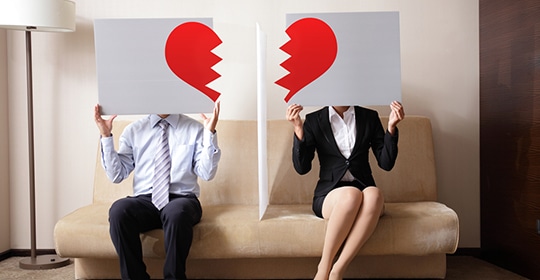 The 8 Most Common Divorce Myths:

FACT: The Family Law Act recognises contributions you have made; it is not restricted to financial contributions. Your contributions towards domestic and household chores, having children, raising children and otherwise to the welfare of the family are all taken into account by the court. In addition, the law recognises the fact that one parent staying in the home and looking after children frees up the other parent to not only earn an income, but to advance that parent’s career. Therefore, a contribution of caring for the children and staying at home is viewed as an indirect contribution towards the other one’s accumulation of wealth.

FACT:  The first step in any property settlement in family law requires a balance sheet of all assets and liabilities that exist at the current date to be taken into account. One must identify and value each and every asset and resource no matter when it was brought into the relationship. It doesn’t mean everything will be divided 50/50 in all cases and you will need to get advice from a specialist family lawyer as to your specific entitlements.

FACT: Superannuation is always considered during any property settlement.  Even though superannuation, in many cases, is not property (that is you cannot access it and spend it straight away), it is still notionally treated as property and included in the available assets for division. The law now allows for superannuation interests to be split between separating couples.

FACT: If you separate from a de facto relationship or from a marriage then the law regards your relationship as having started when you first started living together. Even if you are only married for a short period of time, the law will regard the commencement of cohabitation as being the starting date for looking at relevant contributions that you have both made.

FACT: Under Australian law, you can still enter into an agreement (even during marriage) to divide up your assets in the event of any future separation. You do not have to have the agreement finalised before you marry. In the US, they’re referred to as “pre-nuptial agreements,” but here in Australia, family law experts refer to them as “binding financial agreements” and they can be entered into prior to, during, or at the end of a marriage or de facto relationship.  A specialist family lawyer will know the best type of agreement to draft depending upon your particular circumstances.

FACT: In order to actually be divorced you need to lodge an Application for Divorce with the court. In most cases, you can do this without the necessity of a court appearance and it can also be done online. In order to obtain a property settlement, you don’t have to go to court and you should avoid fighting in court about property settlement if at all possible. If you and your partner come to an agreement, then that agreement can be documented, signed by you both and lodged in court and approved. In most cases, that won’t require an appearance in court at all.

FACT: There is no need to do this. Sometimes, financial advisors, accountants and other lawyers say that people should, by stealth and prior to separation, accumulate as much documentation and information as they can. There is simply no need to do this as the law requires disclosure of relevant financial documents by each party prior to going to court and your family law solicitor will know what documents and information to ask for and how to get it.