Most of us grew up with Barbie, but now a new Barbie is on the block – ‘normal’ Barbie.

Artist Nickolay Lamm wanted to create a Barbie that represented a real woman’s body and show that “average is beautiful.”

His Barbie has the proportions of an average 19-year-old woman, and not classic Barbie’s large head, giant boobs, tiny waist, and minuscule feet.

“A lot of kids and parents were asking me, where can I buy a doll like this?” Lamm said. 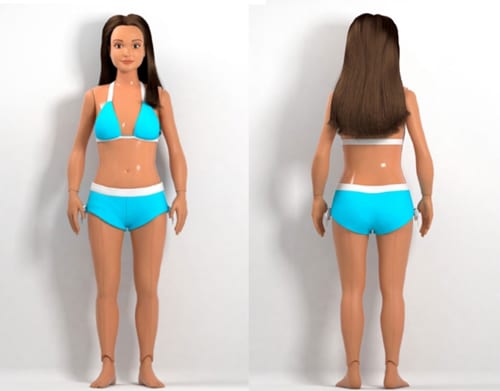 So he created the Lammily doll, with more natural makeup, brunette hair and yes, flat feet, so she can wear flats instead of Barbie’s stilettos. She also wears more sporty outfits.

Lamm explained his goal was to make these dolls “so that our girls can grow up to become happier, stronger women, truly confident and proud in their own bodies.”

Would you buy a Lammily doll or stick with Barbie?