Would You Buy Your Man Sexy Male Lingerie?

When it comes to wearing scantily clad outfits in the bedroom, it’s usually the female that gets to have all the fun. That was, until now – because apparently male lingerie is a growing trend!

No, we’re not talking about fancy boxer shorts or cut-out jocks, we’re reffering to the real deal – silk lined bras, racy G-strings and coloured lace briefs. So the question is: Would you be happy for your man to dress-up in the bedroom?

Well, according to Australian lingerie brand HommeMystere, the demand for male garments has increased so much in recent years that they’re expanding their business online just to keep up. What’s even more interesting is that 90 per cent of their customers are actually in heterosexual relationships, revealed an independent survey. 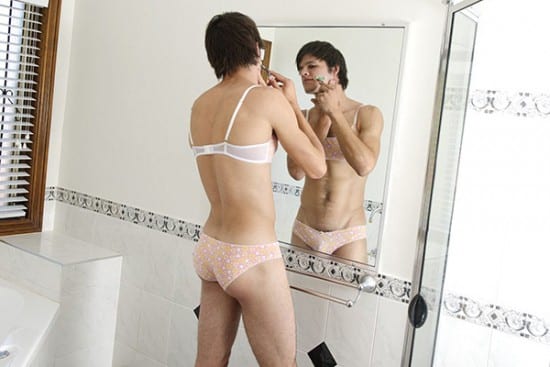 “A growing number of guys are discovering the comfort of lightweight lingerie style underwear,” the brand’s website reads. “HommeMystere understand that you want quality undergarments made with care, attention to detail and fits the male body perfectly.”

So, why exactly would men want to wear bras? “I think bras are just something they like the feel of,” the founder of the company Brent Krause told The Huffington Post. “I don’t know whether it’s the tightness around the chest or what it is, but it’s definitely the feeling that they’re after.” 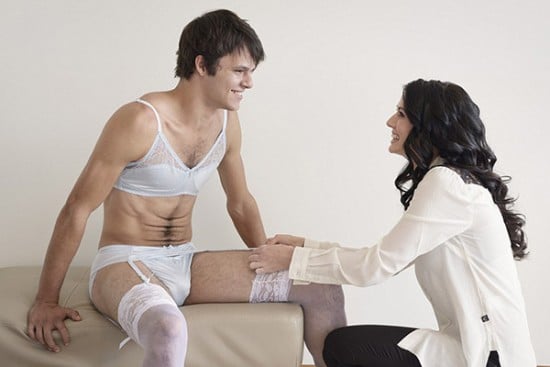 The company, which launched back in 2008, told The Daily Mail that the concept came from a gap in the market. They wanted to give males the option to buy sexy underwear that was tailored to their shape, so that they didn’t have to continue buying female undergarments from women’s stores.

While some consumers argue that the collection is targeted at the gay community – despite featuring a man and women in their campaign images – the brand insists that they’re “not concerned if you are gay, straight, vegetarian, republican, anglican, martian or any other persuasion,” They simply “just design and manufacture attractive luxury underwear for men.” 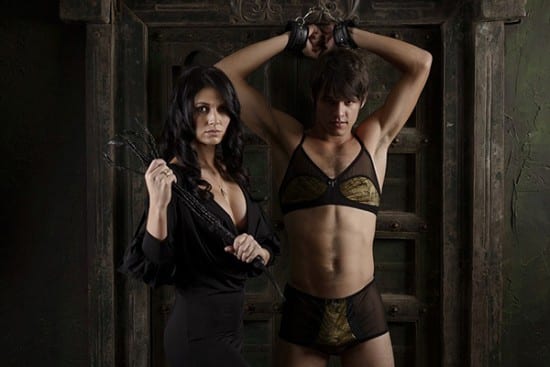 So, what do you think? Will you be buying your man silk bras anytime soon?

Image via The Daily Mail