A five year-old girl has been expelled for having two mothers.

A kindergarten student has been kicked out of a Christian school in California this month for having same-sex parents. The five year-old student, daughter of stay-at-home mum Sheena and navy officer LaShaune, was subjected to a hurried change in Mt. Erie school’s enrollment policy in order to ensure her speedy ejection from the educational institution.

The school’s handbook was revised over the summer, and now states it has the right to refuse admission to any pupil whose home life demonstrates any values or practices deemed ‘un-Christian’. The new guidelines state, “This includes, but is not necessarily limited to, living in, condoning or supporting sexual immorality; practicing homosexual lifestyle or alternative gender identity; promoting such practices; or otherwise having the inability to support the moral principles of the school.”

Understandably, the little girl and her parents are devastated by the blow.

“If we knew from the beginning that this was unacceptable, they didn’t condone or believe in this, if it was such a big deal, we would have never started her off there,” Sheena told The Daily Mail.

“I would never put my child’s emotional wellbeing in an unstable setting like that.”

The unfortunate issue at play is that as Mt. Erie is not a government funded school, it is not subject to the same anti-discrimination laws that state schools must adhere to. As such, privately funded schools may invoke their First Amendment right (freedom of religion) to refuse membership to anyone who does not comply with their beliefs.

Because of this, the little girl is now relegated to her house, colouring by herself, and missing her friends and teachers while she awaits acceptance to another school.

“I want my baby to be safe when she grows up. I don’t want her to ever have to be discriminated against because of her lifestyle,” Sheena continued.

“They told us, ‘Oh, this is not about your child,’ but it is about my child.” 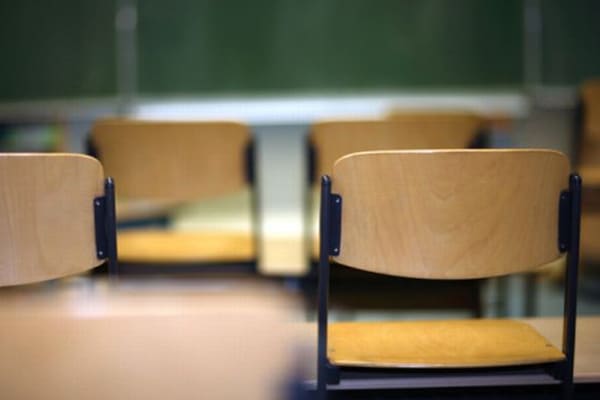 Regardless of the rampant bigotry evident in Mt. Erie’s decision, the problem with this situation is the conflicting messages the kindergarten student is receiving. Her mothers are also Christians who base their lives on the same values purported by the school, and she has grown up in the same environment as her friends with heterosexual parents, so is no doubt understandably confused as to why her teachers who support and accept these children, do not support or accept her.

Obviously, Mt. Erie has not considered this dilemma, or if it has, the school does not place the same importance on it as the oft-misinterpreted teachings of the bible. The inherently Christian messages of love, tolerance, and acceptable have not been observed in this circumstance; a demonstration of the glaring hypocrisy many religious institutions indulge in.

Not only will this little girl feel displaced, she will more than likely fear the same treatment at her next school, and the next. Fear of being bullied is almost as dangerous as actually being bullied. No child, especially at this impressionable age, deserves to have such paranoia lumped into such a young, fragile mind.

The USA is founded on 400 years of over-hyped Libertarianism; freedom and personal autonomy in social, financial, and religious matters. This is a wonderful principle in theory. However, if exploited, results in under-cooked value judgments and harsh discrimination.

I have a number of lesbian friends with children. I can’t imagine the hurt and humiliation they would feel if placed in the same situation as Sheena and LaShaune.

If the fundamentalist Christian church wishes to remain relevant, it must evolve with the changing values of modern society. Freedom of religion is one thing, but it must not be exploited to serve an ideological end. The expulsion of a family who has done nobody any harm is, by any human standard, wrong. Besides, I would imagine that Jesus, conveyed in the Bible as protector of the meek and champion of the downtrodden, really wouldn’t like it.