She’s no stranger to the limelight and, at the age of 21, her success is being compared that of Kate Moss. So what is it about Cara D that we all love? You can’t escape her image. Whether peering down on you from billboards or in your social media stream, she’s on runways, red carpets and in luxury campaigns. Or frolicking with her famous friends at festivals, on vacation or in nightclubs. She’s Cara Delevingne and she’s here to stay.

With a larger-than-life personality, Delevingne is fun and full of character, which her Instagram followers would know all too well, and perhaps is something that many of us aspire to be. In her professional life, it’s those famous eyebrows that are prominent, not to forget that deep and ageless model stare… and now she is shaking things up, throwing acting into the mix of her many talents. 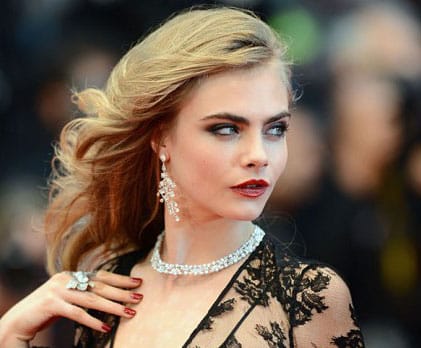 Delevigne’s big screen debut is as Chloe in Timeless, in which she plays an angry and passionate young woman, in the 30-minute film by writer Tim Firth. The clincher, without giving away too much, is when she collapses onto the floor in a hysterical flood of tears.

The script has really given the supermodel an outlet to channel her emotions and show the world that she is a skilled actress as well as a model. But, Delevingne doesn’t want to stop there; in a recent interview with Vogue she told the magazine that she was “working towards an Oscar and a Grammy”. Now that may be another Delevingne-ism, her sense of humour is dry and sarcastic, but with the talents of this girl you just never know. We cannot yet judge whether this screentime will lead her in the direction of an award-winning performance or an extension of her career for that matter, yet it does tell us that she is willing to try anything.

The full feature film aired on June 19 and only time will tell if this will kickstart her diverted path, though if all else fails not to fear, the supermodel has a back-up plan. As told to Vogue this month, Delevingne just wants to do whatever makes her happy: “I’d be a cab driver. Or I’d love to be an explorer and just travel and really feel different cultures and religions. I get to travel now but it’s not the same,” she says.

There is now talk of her working on the movie Kids in Love, set to film in September of this year, directed by her friend Preston Thompson. The true test will be her commitment to fashion weeks internationally and her schedule between these jobs. For Delevingne, we’re quietly confident that the best is yet to come.