In a move that will overhaul more than three decades of draconian family planning restrictions, the Chinese Communist party has decided to scrap the highly controversial one-child policy.

After 36 years, the primary reason for the change is China’s now ageing population and shrinking workforce because of the low birth rates.

China will “fully implement a policy of allowing each couple to have two children as an active response to an ageing population”, the party announced in a statement published by Xinhua, the official news agency.

“The change of policy is intended to balance population development and address the challenge of an ageing population.”

Opponents of the one-child policy have asserted that it has created a demographic “timebomb”. With China’s population of 1.3 billion aging rapidly (the UN predicts by 2050 China will have approximately 440 million people over 60), the working-age population – those between 15 and 59 – fell by 3.71 million last year. This trend is expected to continue, and will spell disaster for China’s economy and labor force.

“From a political, pragmatic perspective, loosening the policy is good for the party but also it is a good thing for individual couples who want to have that second child. It is a kind of win-win for everybody,” stated University of Oxford demographer, Stuart Gietel-Basten, who has argued for the end of the one-child policy.

China has been relaxing its family planning laws since 2013, when couples in rural areas, as well as ethnic minorities were permitted to have two children. However, the stringent laws remained for the majority of the population.

“It shows that the authorities have understood the changes in the total population and the demographic structure and started to address them,” said Chinese writer and advocate for the elimination of family planning restrictions, Dai Qing.

However, according to Qing, questions remain regarding how Beijing will enforce its new two-child policy.

“Even if people are allowed to have two children, what if they want to have three children or more? What if unmarried women want to have their own children? At the end of the day, it’s about women’s reproductive rights and freedoms.” 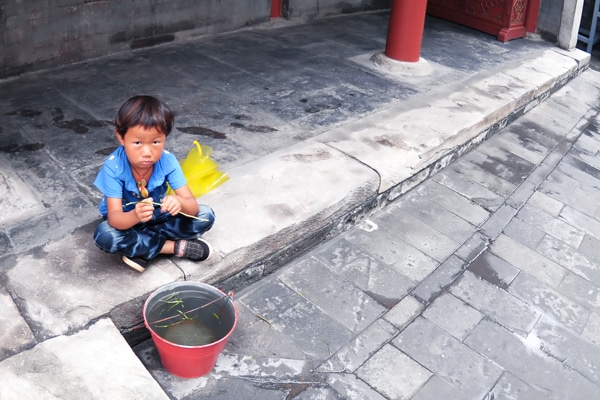 Although the Communist party has credited the one-child policy with preventing over 400 million births and therefore launching China’s economic boom from the 1980s to now, the laws have had major negative implications for women and girls in particular. Forced sterilizations and sex-selective abortions have been hallmarks of the policy’s backlash, along with the abandonment and infanticide of baby girls to allow couples the option of a boy to carry on the family name.

In addition to these ramifications, couples who violated the policy have been subjected to an array of punishments; fines, loss of employment, and forced abortions are on the list. One example of these harsh sanctions occurred in 2012, when a seven-month pregnant woman was abducted by family planning officials in Shaanxi province and forced to terminate her almost fully formed fetus.

Another glaring issue created by the one-child policy is the enormous discrepancy in China’s male to female ratio. The preference towards bearing boys has led to a predicted male surplus of 20 to 30 million men by 2020.

These men will be unable to find a wife; the country does not produce enough women to partner them all. This is of concern, as history has proved countries with a very large number of unmarried men of military age were more likely to pursue aggressive, militarist foreign policy initiatives.

However, although the population will now have the freedom to produce larger families, the policy overhaul has been greeted with a degree of passivity. Many couples have indicated they would not choose to have a second child because of the expense. In a country where over 82 million people live in poverty, this is unsurprising.

Regardless of the lukewarm reaction by the general public to the new two-child policy, the abolition of the one-child policy will inherently benefit women and girls. The rates of sex-selective and forced abortions will decrease, as will the infanticide and abandonment of baby girls.

Women will no longer be subject to arrest and fines for falling pregnant more than once, and the birth of girls will not go unreported. In short, women will (hopefully) live in a safer, more liberated society, especially as the gender gap will eventually find parity. China’s new two-child policy, although not without its teething problems, can only spell good news for the country’s female population.