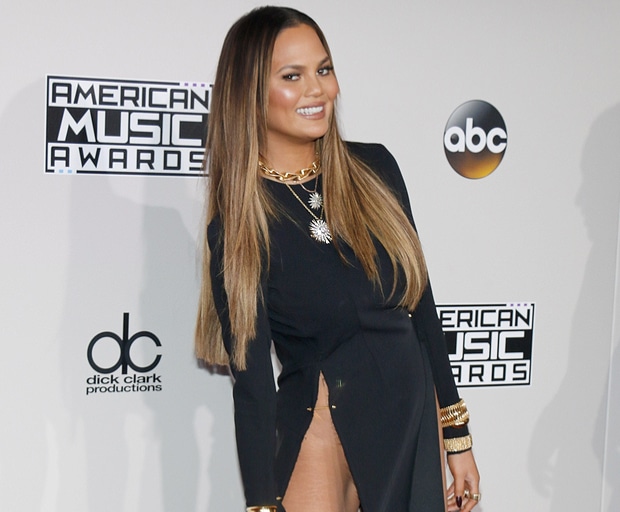 23 Reasons Why Christmas Is Annoying AF

The woman knows how to handle a wardrobe malfunction.

When Chrissy Teigen showed up to the American Music Awards on Sunday wearing a stunning black gown with slits up to her ribcage, jaws dropped.

But they dropped even further when a stray breeze proved no match for the gold safety pins holding her dress together, leaving nothing to the red carpet crowd’s imagination.

Twitter lit up with reactions to Teigen’s revealing dress and her wardrobe malfunction.

@chrissyteigen, I love you more than my luggage, but dayyyyummm that is one high slit pic.twitter.com/mC1XqgUrkQ

But Teigen took the whole thing in stride. When a Twitter user asked her “what happened to being a lady,” she clapped back like a boss – as she’s done many times before.

I am pretty sure you could clearly see I’m a lady. https://t.co/WmOtIhwaaR

She followed up with a “formal apology,” saying the incident was over, and that she couldn’t take it back.

@MbCkoko@brinehart714 I was walking. It floated. It’s over. I can’t take it back. Here is a formal apology. What else would you like?

Before the show, she’d given a hint that she’d be showing some major skin, tweeting about what was involved in getting ready to wear her Yousef Akbar-designed gown.

I shaved above the knee today so yes it is a big day today. #AMAs

On Instagram, Teigen was sure to thank her laser hair removal salon, along with her hairstylist, makeup artist, and the rest of her team. She also apologized “to anyone harmed mentally or physically by my hooha.”

#AMAs! love you so so so much @jenatkinhair @1maryphillips @monicarosestyle @kimmiekyees (apologies to anyone harmed mentally or physically by my hooha) dress is #yousefakbar and shoes are @dsquared2 and laser hair removal is @sevlaseraesthetics

Comment: What do you think of Chrissy Teigen’s dress?

The Rules Of Keeping Your Sanity On Social Media