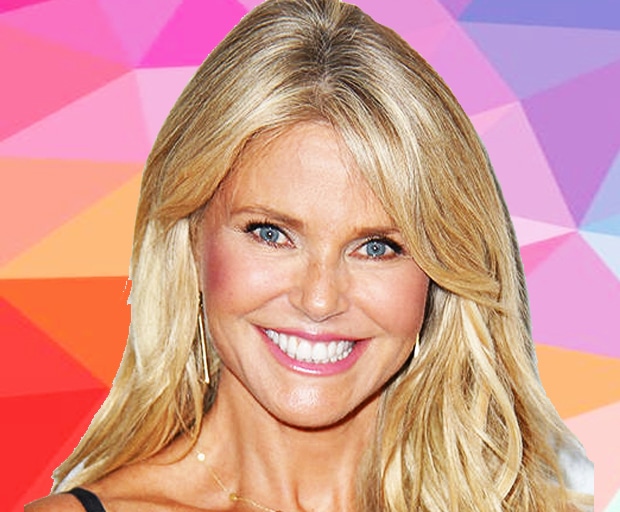 The supermodel appears in Sports Illustrated alongside her gorgeous daughters.

Christie Brinkley is celebrating her 63rd birthday by showing off her stunning bikini body in the 2017 edition of the Sports Illustrated Swimsuit Issue.

In an Instagram post, Brinkley credited the magazine with “sending the powerful message that good things come in packages of every size” and that women “do not come with an expiration date!”

Brinkley first graced the cover of Sports Illustrated in 1979, and was the first person to appear on the cover of their Swimsuit Issue for three consecutive years. In 2014, she appeared in the issue’s 40th Anniversary Hall of Fame.

This year, Brinkley’s daughters Alexa Ray Joel, 31, and Sailor Brinkley Cook, 18, joined her for the shoot. Brinkley told PEOPLE it was the thought of teaming up with her kids that got her back in a swimsuit for the camera.

Yes! I am excited to announce that I am back in @si_swimsuit ..I figured with my gorgeous daughters @alexarayjoel and @sailorbrinkleycook by my side whose going to be looking at me! Oh and My kids think I walk on water, so let’s not mention the apple box concealed just under the surface. For a preview check out @people.com ..and thank you Sports Illustrated for sending the powerful message that good things come in packages of every size and we do not come with an expiration date! ??psI can’t wait to see everyone at VIBES on Feb 17th and 18th in Houston! #proudmomhere!

The current issue of PEOPLE magazine has a sneak preview of the Sports Illustrated spread, showing Brinkley looking fab in a barely-there red bikini on the shores of Turks & Caicos.

In the exclusive PEOPLE interview, Brinkley gives her take on ageism. “In a country that’s very ageist, people love to put you in little boxes. Women feel very limited by their numbers. On a personal level, I thought, if I can pull this off, I think it will help redefine those numbers and remove some of the fear of aging.”

Brinkley’s youngest daughter, Sailor Brinkley Cook, has modeled before and embraced the idea of the photo shoot, calling it “empowering and liberating.” But her older sister, Alexa Ray Joel, “needed to be talked into embracing new experiences.”

In her own series of Instagram posts, Joel said the shoot “was a lesson in learning to let go, take the plunge, and embrace myself from both the inside AND out- which is something I struggle with each and every day.” Joel also said she hopes to “pass along this lesson of unconditional self-love and self-respect to every woman who’s willing to listen.”

Let’s STOP degrading and START celebrating ourselves and others, from both the inside AND out. ???There’s far too much degradation, competition, insecurity, and unhealthy standards associated with women and their bodies- particularly on social-media. As a conscious society, it’s up to us to flip this negativity on its head. I don’t have a completely flat tummy, or cellulite-free thighs… nor am I a model’s height or shape. Neither are hundreds of millions of other beautiful women out there. SO WHAT? Does it really matter, in the end? All that matters is how YOU feel about yourself. Set your own standards of beauty; both internally and externally. All of those unrealistic-looking, photoshopped images are nothing more than white noise, playing off of your own insecurities in order to make a buck. Don’t let them affect you. DO YOU! We are all perfect, just as we are. Please know that. Thank you @si_swimsuit for showcasing all heights, shapes, and sizes. For within our distinctions, our quirks, and our self-perceived ‘flaws’… therein lies the beauty. {Capture Credit: @si_swimsuit #BehindTheScenes Thank you for the honor of shooting me with my Precious & Golden Sunshines: Mamacita & Sailorina.}

One thing is certain – any woman would be lucky to look half as good in a swimsuit as Brinkley and her daughters do, at any age.

Sophie Rutkowski Is Fighting Back At Instagram For Censoring Her Scars

Dear 13 Year-Old Me, Who Thought I Was Ugly

Toxic Positivity: Demanding ‘Good Vibes’ Is Inspiring Precisely No One