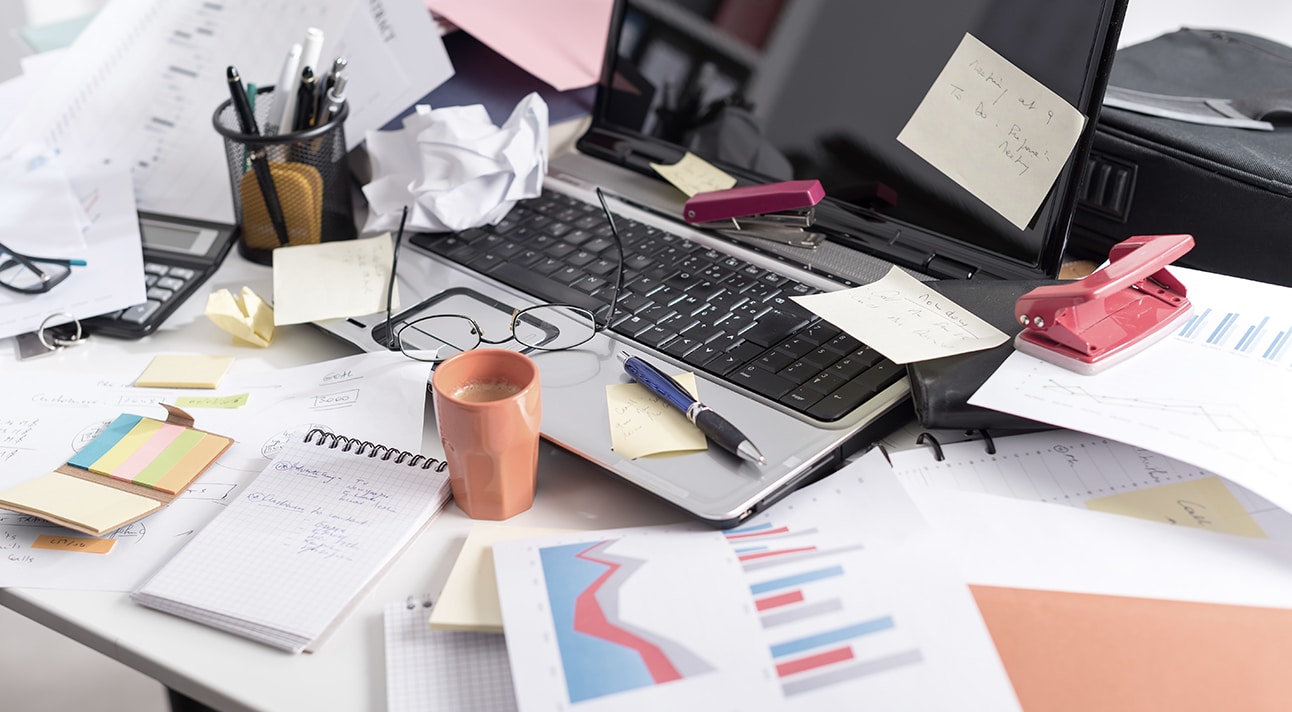 Having too much stuff can actually be hazardous to your health.

A friend introduced me at a party the other night by saying, “Elizabeth keeps her apartment very neat.”

I laughed and assured her that my apartment isn’t always that neat – that in fact, it was somewhat of a mess at the moment. She gave me a look. “If you have a tiny pile of stuff in a corner, you apologize.”

I had to admit, she had me there. It’s true: I hate clutter. Messes make me hyperventilate. And I literally cannot get into a bed that’s not made. My kids make fun of me because I make the hotel bed in the morning, even when I know the housekeeper is coming to clean the room.

I’m not sure why I’m this way. It could have to do with my anxiety disorder; feeling like I have control over my environment helps keep me on an even keel. But having an affinity for order isn’t just a silly personality quirk: I firmly believe that embracing minimalism and keeping a neat home is vital to maintaining mental and physical health. In other words, being a slob isn’t just gross – it’s bad for you.

If you’re someone who doesn’t make the bed, leaves cupboards open, throws your dirty clothes on the floor, and crams your refrigerator so full that you can’t see all the things rotting in the back, listen up. Your clutter could actually be making you sick. Don’t believe me? Here’s how clutter negatively affects both your mind and your body…

Having stuff scattered over every surface, strewn across the floor, and stacked on shelves causes you to be bombarded with excess stimuli. Your focus is pulled in multiple directions, you’re constantly hunting for things you’ve misplaced, and you can’t relax. Clutter is a distraction, causing you to lose focus and get sidetracked, and it also signals your brain to feel that your work is never done. If you have anxiety, like me and approximately 40 million other people in the United States alone, this is the last thing you need.

Do yourself a favor and get rid of what you don’t need. Streamline your life, straighten up your surroundings, and give everything a good cleaning. It will calm your brain and soothe your soul, guaranteed.

Your body chemistry gets out of whack

Anxiety doesn’t just make you miserable: it can cause you to gain weight and be more susceptible to illness. An excess of the stress hormone cortisol can cause cravings for sugar and high-fat foods, and make you more likely to gain belly fat. Your immune system can’t function at its best when you’re stressed, so you’re more likely to get sick and not be able to kick it. And having a messy kitchen makes it harder to cook healthy meals at home, so you’re more likely to go out to eat or grab packaged convenience foods, as well.

The first thing to do if you’re in this situation is to clean out your refrigerator. Get rid of anything old, unidentifiable, or bad for you. Fill your fridge with healthy, fresh produce and other good-for-you treats – and then eat them! Don’t buy more than you can consume before they go bad, though.

You’re more likely to have an accident

Anyone who’s ever stepped on a Lego in the middle of the night can attest to the pain that a tiny toy can cause. But clutter can be even more dangerous than that. If your floors aren’t clear, you can trip on your own clutter and actually break bones or require stitches. If it sounds funny, it isn’t. No one wants to show up at the emergency room bleeding because they were too lazy to put their things away.

However, for some people, the problem isn’t that they’re too lazy to put things away. Many people struggle because they don’t have a place to put things. If you’ve got too much stuff and not enough space, or you’ve simply never bothered to designate a place for specific things in your home, you’re fighting an uphill battle trying to keep things orderly. Resolve to get organized and find a place for everything that’s important to you. If it’s not important enough to deserve a special spot, get rid of it.

So yeah, maybe I am a neat freak. But it’s in the interest of my health. And not just that – I can work better when my space is neat. As French novelist Gustave Flaubert said, “Be regular and orderly in your life, so that you may be violent and original in your work.” I may not have written the next Madame Bovary just yet, but give me a little time. First, I’ve got to clean out my closets and organize my desk.

Comment: Does clutter affect how you feel, physically and mentally?