Confession: I’m More Afraid Of Mothers’ Group Than Being A New Parent

One of our fave new authors, Chloe Flynn reveals the secret underworld of mothers’ group.

There’s plenty to fear about childbirth.

The pain. The unknown. A bunch of strangers poking and prodding at your private parts, like some sort of never-ending Pap smear. And did I mention the pain?

Then, if you manage to survive all of that, there’s the next big hurdle. You know, the whole looking-after-a-newborn thing. Sleepless nights. Endless feeding. Oh, and “You’re now responsible for keeping another human alive”.

Yep, it’s scary stuff. And rightly so – having a baby is without doubt, the most significant, daunting, transformative journey that many women will go through.

But when it came to having my first child, there were two little words that instilled more abject terror in my heart than all of the above combined.

Look, I get the rationale. It takes a village to raise a child, and in most urban societies we’re sorely lacking in that sense of traditional community support for parents. Most people are lucky to have a monthly FaceTime with their family, let alone reap the benefits of intergenerational experience and shared knowledge. But at what point did someone have the bright idea of shoving a bunch of hormonal, sleep-deprived women in a room together – none of whom know what day it is, let alone offer any genius insights into how to look after a newborn – and think that was an adequate replacement?

In the Paleolithic era, it might have been enough to become bosom buddies with someone by virtue of simply living in the cave next door. I mean, all that time hunting and gathering, a girl’s gotta talk to someone. But I’m a discerning modern woman. How on earth was I supposed to forge a friendship with someone when arguably the only thing you have in common is a zip code and similar ovulation cycle? I mean, seriously.

Yet the most common question I received while pregnant – straight after the obligatory, “Do you know what you’re having?” (Ummmm, I mean, it may be a unicorn, but I’m fairly sure it’s a baby.) – was the follow-up, “Will you be joining a mothers’ group?”

For a while, I answered truthfully. “Probably not, I don’t really think it’s my thing”.

However, I soon realized the question was actually rhetorical. 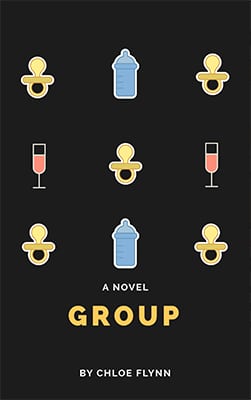 It didn’t matter whether joining one had been the best thing they’d ever done or an absolute disaster, it appeared that going to at least one meeting was part of some sort of socially-dictated motherhood rite of passage. It didn’t matter that you’d pushed a watermelon-sized human being out your nether regions, you weren’t a real mom until you’d gone through the initiation process.

So, with great reluctance – but, arguably, nothing better to do at 10 o’clock on a Wednesday morning with a new baby (at least, nothing that didn’t involve doing laundry) – I went along to my first mothers’ group at my local community health center. After all, how bad could it be?

It was, dear reader. Bad.

I mean, not a flight-to-Europe-sitting-in-the-middle-row-in-economy-between-a-morbidly-obese-passenger-and-someone-with-horrendous-body-odor awful, but definitely right up there.

Allow me to set the scene…

A group of women sitting in an awkward circle, all sporting the sort of shellshocked expressions probably not seen since Donald Trump won the Presidency. Two bored maternal health nurses with matching looks of ‘here we go again’; the weariness of dealing with the same infernal first-time parent questions etched all over their faces.

Half the babies were screaming in a symphony of despair: hungry, tired, or objecting to the truly awful decor of the room, which clearly hadn’t been touched since 1975. The other half were either asleep (what’s their secret?) or staring in that slightly glazed way newborns have – where you know they’re working out whether to vomit, have a diaper explosion, or do something else truly revolting to take away any last shred of dignity you may have retained after enduring the birth process.

Does that sound like a fun way to wile away a few hours?

While in our normal lives we tend to gravitate towards people with similar styles, jobs, beliefs and outlooks; this – as I’d feared – was a veritable social smorgasbord. Designer activewear was sitting next to tie-dye. Oh Lord, there was even someone wearing Crocs.

Professional-looking women keeping one eye on their emails were rubbing shoulders with housewives. Four-figure prams were parked next to baby-wearing apparatus so elaborate Houdini would’ve considered them a challenge.

Forget finding my fabled motherhood tribe, I couldn’t even work out who I wanted to sit next to. Suddenly that untouched pile of laundry at home was looking pretty good. 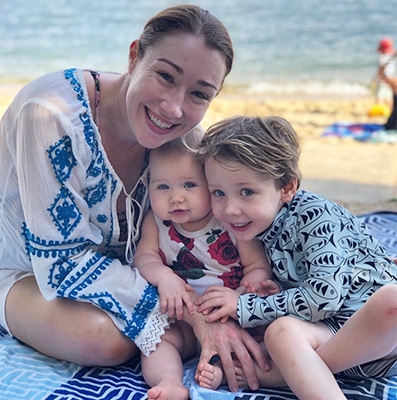 The most common question I received while pregnant was, “Will you be joining a mothers’ group?”

The session began with forced introductions and the sort of ‘fun fact’ questions that are designed to break the ice, but really just serve to heighten the awkwardness.

“So, who’s got any questions?” offered Bored Nurse Number One (let’s call her B1).

The responding silence was so deafening a librarian would have considered it OTT.

“Feeding – who’s having trouble with feeding?” B1 suggested, looking furtively at her partner for back-up.

“Who knows how many times a newborn should be feeding each day?” B2 added helpfully, looking quite smug at her own ingenuity.

Are you here to trick us, or teach us? I wondered, trying to look busy by fussing unnecessarily at my son’s bib.

You’re the expert, I wanted to shout. Just tell us the bloody answer and end this charade once and for all.

As the hush stretched from seconds into minutes, I finally cracked.

“Every three hours,” I threw out, in what I felt was a reasonably good estimate, based on the scientifically-sound methods of Google and idle skimming of a baby book in the obstetrician’s office. I wasn’t interested in being top of the class, I just hoped that answering would be enough to move this painful conversation on.

“You shouldn’t time your feeds!” came an indignant voice.

I looked over to the woman in question and tried to communicate an expression of, ‘Oh I don’t really know or care, I was just trying to put us all out of this misery’ (although, in hindsight, I may very well have looked like I just had some sort of odd eye twitch). Either way, she wasn’t having a bar of it.

We all proceeded to get a lengthy and impassioned lecture about the evils of scheduled feeds and why you should be ready to stop what you’re doing at any given moment to whip out a breast if the baby so desires, whether you’re driving down a freeway or in the middle of the dairy aisle in Costco.

Joined by a chorus of supporters (whether they were genuine backers or just jumping on the popular bandwagon, I couldn’t tell. But man, they were scary!), even B1 and B2 struggled to get a word in edgewise.

I sat in shocked silence, scarce believing such a throwaway remark could inspire such a diatribe. It’s one thing to believe passionately that you’re doing the best for your child; it’s another thing entirely to be so wedded to your beliefs that you’d smack down a perfect stranger. Perhaps I was inexperienced, or maybe just naive, but at the end of the day, who really cared that much?

Was the scariest part of mothers’ group going to be the mothers themselves?

That’s it, I’m out of here, I thought, searching frantically for the nearest exit so I could make a quick escape. I had a distinct sense things could quite easily turn violent, and I didn’t want to be still sitting here when it was bugaboos at 10 paces.

But as I looked around the room for anything that could be used as a potential weapon if attacked by my enemy, my eyes accidentally locked on someone else’s. She rolled her eyes: a gesture of support and mutual suffering which, in that moment, meant the world.

I smiled back, bolstered by the knowledge that I had at least one kindred spirit in this overwhelming sea of maternal competitiveness (or at least have someone to use as a human shield, should the need arise).

Witnessing our exchange, another mom smirked, shaking her head and nudging her neighbor.

And with the tension broken, I viewed my adversary in a new light.

Instead of a vicious zealot, I saw what I should’ve seen all along: a desperate woman, unhinged by weeks of zero sleep, desperately grappling with the challenge of looking after a life.

It wasn’t competitiveness that was making her defensive, it was insecurity; her only armor a jigsaw of theories cobbled together from various parenting manuals.

Basically, she was afraid.

And despite her best efforts to the contrary, it really wasn’t the fear of the unknown that divided us, but what made us all very much the same.

It made us a Group.

Oh god, I actually had something in common with someone who wore Crocs.

As we all eventually filed out of the room and prepared to go our separate ways, I ended up next to my eye-rolling ally.

“Well that was painful,” she sighed.

“See you next week?”

GROUP is a SHESAID Recommended Read. It’s available now as a paperback and ebook on Amazon. Buy it here.