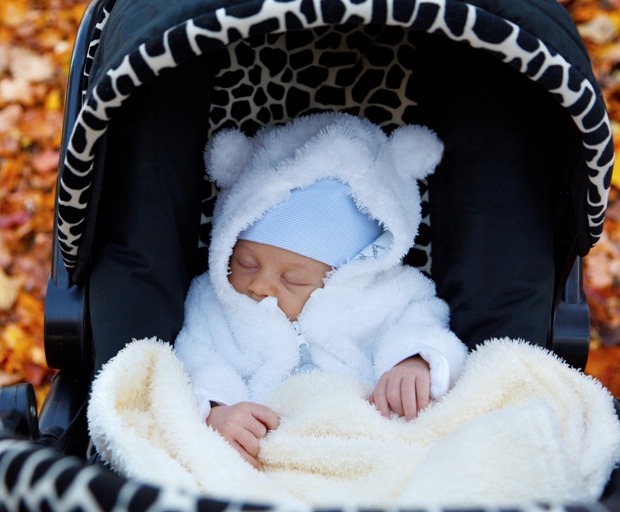 My name is Nicole and I am a pram bandit – an unashamed one too, for good measure. Back in those glorious, heady days Before Kids (BK) I avowed I’d never become one of those – the dreaded pram bandit beast, who runs over your foot without a thought or care in the world.

It happened to me once in a video shop. A feisty bandit nearly crippled me after running into me with her powerful double pram, and she then had the temerity and bad grace to glare/swear at me, as if it was MY fault. Well, ladies – I’ve turned into that dreaded cranky woman now, what with a big double pram which barely fits into doorways, let alone car parks/lifts/supermarket checkouts, you know, just all those important places you need to venture as a busy mum.

And I’ve realised one vital thing Post Kids (PK) the pram bandit beast is not to be feared, she is to be pitied, the poor love. You see, she’s so super tired, cranky and sleep-deprived looking after two small pram-size people, if she ran over your foot, chances are, she just didn’t even see you there. For the pram bandit beast is undoubtedly so busy trying to keep two small people alive in her double pram, she just can’t spare any empathy for you if you get in her way. Sorry.

Have you, a nice single lass, ever tried wielding a double pram? It’s hell, trust me. Especially when angry neanderthals insist on parking so close to your car park, you sustain injuries to your person trying to circumnavigate your way around said double pram, loading small people in and out. And, let’s face it, car parks seem to bring out the worst in people, especially if you – gasp – have a large pram in people’s way as you oh-so-selfishly try to load your small people safely in and out of their car seats.

Just today, a neanderthal in a ute seemed hell-bent on running over my double pram parked next to my car, momentarily taking up another car park while I loaded my children in, despite there being a MILLION other car parks for him to park his stupid black, hotted-up penis-extension in. Are people so lacking in good will and social graces they can’t extend you some good, old-fashioned courtesy and good-will while you care for your kids? Well, today, I stared down Ute Guy with full hands-on-hips, pram bandit beast rage, as he glared back at me, all righteous indignation because I was taking too long, in his mind. Lucky for him, he drove away, defeated.

Take on a pram bandit beast in full flight at your peril, people.