How To Cope With Suicide

As the world mourns the loss of comedic genius, charismatic actor Robin Williams who tragically took his own life at the age of 63 on August 11, SHESAID turns its attention to the difficult and emotional topic of suicide.

When a much-loved celebrity takes their own life – it sends shock waves throughout the community. But suicide, celebrity or otherwise, is far from an isolated incident – it’s a leading cause of death in the West.

It’s incredibly difficult to cope with the shock, grief and loss when a loved one passes away, let alone commits suicide. And, sadly, suicide is so prevalent, many people have personally experienced losing a loved one this way. And when a celebrity such as Williams, whom we so adored, we felt like we knew the essence of him, takes their own life – it’s truly distressing. Of course, anything we feel pales into insignificance compared to the grief his loved ones must be experiencing.

Many of us grew up watching Williams’s many incredible films – Dead Poets Society is still one of my all-time faves – and it’s hard to comprehend that such an amazingly talented, generous and lovely man (by all accounts) could feel so much pain, he had to commit suicide.

Other famous faces who’ve caused widespread outpouring of grief in the community when they too have died by their own hands include Nirvana front man Kurt Cobain; INXS singer, the captivating Michael Hutchence; uber-talented British fashion designer Alexander McQueen and beautiful, but tormented TV personality Charlotte Dawson.

For me and my family, it was seeing a beautiful, wild, untamed spirit – a young woman my age, with whom I grew up with – commit suicide after a lengthy battle with depression. My friend was bright, funny, smart and gorgeous – I spent many wonderful school holidays with her and her family as a teen. I owe her so many happy memories, such as this one: sunning ourselves by the sea as teens, only to get in trouble later for naughtily sunbaking topless, we sang every memorised word to Madonna’s 1986 True Blue album at the top of our lungs, annoying all those around us.

Her death and subsequent funeral were truly devastating for everyone who was lucky enough to have known her. And, since then, I have asked many questions about suicide and read much about the topic in the hope of developing a better understanding of what drove my poor friend to take her own life.
I’m no expert, but what I do know is that while we all experience suffering, for some poor souls the suffering is unbearable.

And this is echoed by leading clinical psychologists – one of whom, who wishes to remain anonymous, I’ve talked to at length (see below) on the topic of suicide.

What coping strategies would you recommend for people who’ve lost a loved
one to suicide?

Every person’s situation is unique. Seek counselling to talk about how you are feeling as you would most likely be experiencing a range of emotions especially grief, but also possibly confusion, distress and/or anger and would most likely benefit from help to resolve these feelings.

Do people who suicide always mean to kill themselves?

Sometimes, people especially young people, make a suicidal gesture as a way of seeking help. Having said that, anyone who self-harms in any way is clearly experiencing a great deal of pain and distress and they need help urgently.

How should society view celebrity suicides? Is there a tendency to glamorise it?

There is evidence to suggest that suicide can be “contagious”, especially among young people. So when people hear about a celebrity taking this pathway, there is a chance that it may seem like a legitimate, even glamorous, option.

Why do people suicide? Are they being selfish, as many people claim?

In general, people kill themselves because they are experiencing a great deal of emotional pain and cannot see any other way of ending the pain. They often genuinely believe that the world will be better off without them.

Main image via sydneyland.au.timeout.com and secondary image via www.pixabay.com. 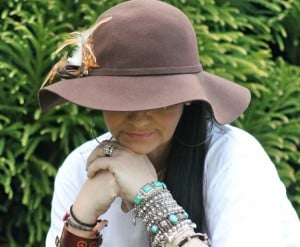