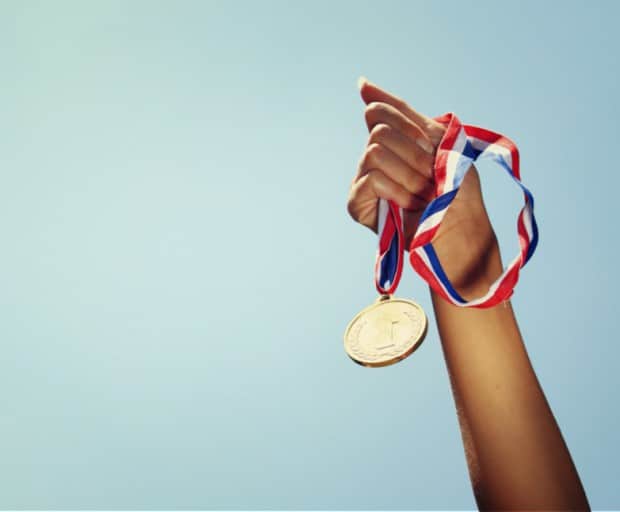 This Is Why We Close Our Eyes When We Kiss

Trap shooter Corey Cogdell won her second bronze medal at the Olympic Games in Rio de Janeiro this week, but when the Chicago Tribune tweeted about it, she was identified only as the “wife of a Bears lineman.”

The slight caused an uproar on Twitter. Many people called the Tribune out for its failure to recognize Cogdell by name, and accused the paper of diminishing the significance of her achievement by associating her victory with her husband.

Hey @chicagotribune, I fixed your tweet. (p.s. Maybe edit the article to focus on her achievements?) #Olympics pic.twitter.com/edtoExBua4

The tweet linked to a story about Cogdell’s win, titled “Corey Cogdell, wife of Bears lineman Mitch Unrein, wins bronze in Rio.” The Chicago Tribune responded to criticism apologetically, saying they “focused too hard on trying to emphasize the local connection” and that Cogdell is “awesome on her own.”

This is far from the first allegation of sexism by the press during this year’s Summer Olympic Games. When Katinka Hosszu of Hungary won a gold medal in swimming, NBC commentator Dan Hicks’ said that Hosszu’s husband and coach was “the guy responsible” for her triumph. And another NBC talking head suggested that the women’s gymnastics team looked like they “might as well be standing in the middle of a mall.”

Comment: Do you think the commentary and media coverage of the Olympics is offensive?

The Rules Of Keeping Your Sanity On Social Media