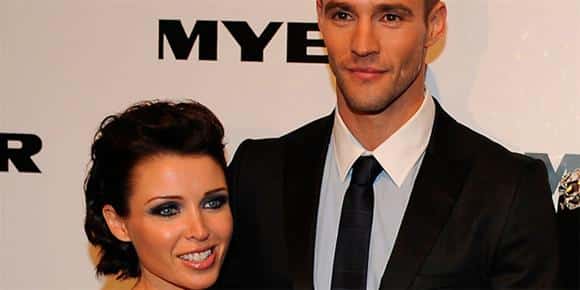 Dannii Minogue and model Kris Smith have confirmed they have split after four years together, announcing the news on Twitter, no less.

“It brings me great sadness to tell you that Kris and I have separated,” Dannii tweeted.

“We still care for each other and ask for privacy at this difficult time, in particular for our son Ethan who remains our number one priority.”

She thanked fans for their support, saying that she was going to “retreat for a while” to deal with the situation.

Myer model Smith also took to Twitter to share his feelings: “Dannii and I have a deep mutual love and respect for each other and although things have not worked out we have a gorgeous son together that we both love and implore everyone to respect our privacy at this challenging time.”

They are parents to 21-month-old son Ethan and split their time between London, where she was a judge on The X Factor, and Melbourne.

No reason for the split has been given, but last year the pair denied reports of a rift following speculation Smith had become close to fellow model Lauren Phillips.

At the time, Dannii cryptically posted on Twitter: “Never chase love. If it isn’t given freely by another person, it’s not worth having.”