Should Daycare Centres Have Zero Tolerance to Violent Kids?

In the 1992 US psychological thriller The Hand That Rocks the Cradle there’s a particularly frightening scene when the lead actor Rebecca De Mornay – who plays a crazed nanny – terrorises a little school bully who’s targeting one of her charges.

Now, I’m not a violent woman in the slightest, but when a friend jokingly reminded me of this movie scene, just after the shock and upset of learning the class bully had attacked my three-year-old daughter at her daycare centre, such is the fierceness of mother love, I could scarily relate to the mad nanny’s actions – if only for a second.

RELATED: How To Survive The Daycare Drop-off and Is Your Child Being Bullied?

While it would be very tempting to personally warn the daycare bully not to ever go near my child again, I am trying to trust that the centre’s carers have in fact got this dire situation under control. My daughter’s crime? A happy and sociable child, she simply wanted to play with this school bully, who lashed out at her in anger when she touched his toy.

And this was no normal toddler tantrum – this three-year-old boy, in my opinion, needs the attentions of a child psychologist, stat – he lunged at my daughter’s face with long, dirty nails, leaving deep scratches  just right under her left eye.

I was upset that this had happened to her at all, but even more so when I later learnt from my poor, traumatised daughter, when I got her home, that it was in fact the class bully who had attacked her – it was no random incident.

This kid is a repeat violent offender who’s previously bitten other kids, hit them with sticks and inflicted multiple bruises on yet another little girl, just from hard pinches. I know all this from other parents who have similarly signed incident reports.

So it got me thinking: should daycare centres have zero tolerance to violent kids? Should it there be a one-strike-and-you’re-out policy to weed out class bullies? I believe so. 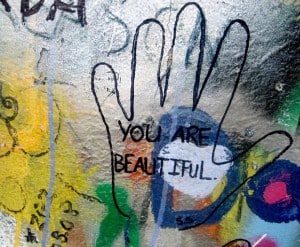 Unfortunately, our daycare centre doesn’t agree: they say they’re duty-bound to work closely with the class bully, and his parents, to improve his behaviour. Indeed, they protected him by not immediately revealing to me that it was he who had attacked my daughter.

Well, as I’ve told them, I don’t think this is good enough. I have every right, as a parent, to expect my child will be going to safe place, when I drop her off at their daycare centre twice weekly. Indeed, I am paying them for such a service.

Why should parents have to be anxious about their children getting attacked by a class bully, who clearly needs help?

And what will it take for this child to be excluded – a serious injury to some poor, innocent kid?!

And why haven’t this kid’s parents removed him? Don’t they care about the unnecessary stress their bully child is causing the other kids and their parents?

While I could just pull my child out of this daycare centre – and my husband and I are still seriously mulling this over – my daughter has made many good friends there, usually loves attending it and it’s very convenient to our home.

I am currently eagerly awaiting a response to my above concerns from my state government’s Early Childhood Education and Care which regulates early childhood education and care services.

What do you think? Should class bullies and violent kids at daycare centres be excluded?

Main image via safeharbor1.wordpress.com and secondary image via www.pixabay.com.