Trump is not the best person for President, but that’s exactly why people voted for him.

The President of the United States is arguably one of the most influential roles on the planet. So it makes sense the entire world was attentively watching on as the 45th President was announced this week. And it’s fair to say a helluvah lot of us were shocked as hell when Donald Trump was elected.

Across the globe, people are now wondering how people let this monster become President. The country who claims it stands for truth, justice, and freedom just voted in one of the most untruthful and unjust men currently in politics, not to mention a bully who wants to take away the God-given freedoms of many of its citizens.

I’m just going to say it; to everyone who voted for Trump: you have all made a terrible mistake.

But if you start to look at the American political system and the emotional collective tension that’s been vibrating through the US for some time now, the cloud of incomprehensible madness starts to lift a little bit…

It’s no secret many Americans feel disenfranchized with the political system and the people who are operating inside of it. A lot of hard-working, honest, everyday people across the country look at their lives and cannot see a single positive thing a politician has ever done for them. They see the system as irrevocably broken: corrupt, fuelled by money, and a place where morals can be bought by the highest bidder.

Since September 11, 2001, America has slowly been stewing in a pot of growing Islamophobia and xenophobia. Fear mongering around the threat of terrorism was strategically harnessed by George W Bush, with his near constant declarations of a “War on terror”. Bush very successfully instilled fear of the unknown, and uncertainty about the unfamiliar, in the hearts of much of the country’s people; a sense of terror that’s continued to seep into the deepest cracks of the American psyche long after he hung up his hat.

And what do we have to show for nearly two decades of spreading fear? A population of people who believe every Muslim is a terrorist and buy into ignorant myths about entire groups of people.

Perhaps unsurprisingly, in the shadow of this intense rising fear is an even more terrifying spread of hate-fuelled violence. The murders of African Americans at the hands of the police are doing nothing to change entrenched opinions on gun use. Conversely, these acts have only served to strengthen the public’s unwavering loyalty to the Second Amendment’s ‘Right to bear arms’. People want to protect themselves from the threats they see around every corner. Compounding this, the racial tensions between white Americans and other minorities are creating a toxic environment, feeding intense racial divides and xenophobia, and people of color are scared for their lives.

Since the global economic crisis of 2008, the American economy has been low, and remained relatively stagnant for the past eight years, which people have attributed to Obama’s so-called lack of leadership and not the worldwide ruined economy. And while the current President did create jobs, they were mostly minimum wage roles which are nearly impossible to make a living on. Factories have shut down and the coal industry is struggling. The lower and middle classes feel like they are moving further away from achieving the coveted ‘American Dream’ than ever before.

Whether it’s the miners who’ve had their livelihoods and only source of income ripped out from under them, the single parents working three minimum-wage jobs just to keep ahead and put meals on the tables for their children, or the everyday citizens watching on in horror as their country is consumed by gun violence, things have been going from bad to worse in the American people’s eyes for over a decade now. The big wigs in Washington, in their overpriced suits, brandishing triple-digit salaries, like Hillary Clinton, are as far removed from the harsh realities of this tense new environment as they possibly could be.

Trump, a businessman and self-confessed anarchist who speaks his mind regardless of the consequences, perfectly fits the bill for the anti-hero the American public have been waiting to come and “Make America great again”.

Some have questioned how someone who has zero political experience could shoot straight to the top of the political pyramid, but it’s this very lack of experience that Trump harnessed successfully in his campaign, branding himself as one of the people, an ‘everyman’ who could be trusted, in stark contrast to his opponent, regularly deemed “Crooked Hillary”.

‘Make America Great Again’ may just be one of the most successful campaign slogans of all time. Trump’s now iconic catchphrase, which was emblazoned across hundreds of thousands of bright red caps, bore a message of hope, and suggested the candidate, more so than his opponents, truly understood the plight of the people. It played into the ingrained human desire to believe that, no matter how bad things get, they will get better – we just need the right White Knight to come along and scare away all our demons. In short, Trump tapped into a collective vulnerability and gave people something to believe in again, and that was ultimately his smartest tactic.

He told people who were already growing increasingly Islamophobic in the wake of 9/11, that he’d stop the immigration of Islamic people – the so-called ‘bad guys’ in a painfully black and white war of good against evil. He told them he would absolutely protect their Constitutional right to bear arms. He continually spoke about how he was a self-made businessman who knew how the economy worked, and could fix it for all of the people who were struggling. He told people he’d protect their jobs from the people perceived as stealing them away by building a wall to stop immigrants (more ‘bad guys’) from Mexico. He was the obvious choice for conservatives because of his views on abortions, and the obvious choice for those who wanted change. He made promise after promise to the American people, saying exactly what so many had been waiting to hear.

This entire election was filled with backstabbing, dirty tactics, petty fights, and low-blows from the beginning. Clinton was at one point investigated by the FBI and Trump continued to say offensive things every time he opened his mouth while all along being entangled in messy lawsuits for reasons spanning from sexual assault to business fraud. Voters hated both of them. But more than they hated each candidate for their often obvious flaws, they wanted real change, a prize Trump dangled throughout his campaign.

People can blame the major parties for choosing the wrong candidates to represent them in the Presidential race, the older generations for voting Trump in, or the younger generation for being naive, but the real answer might be a lot simpler. 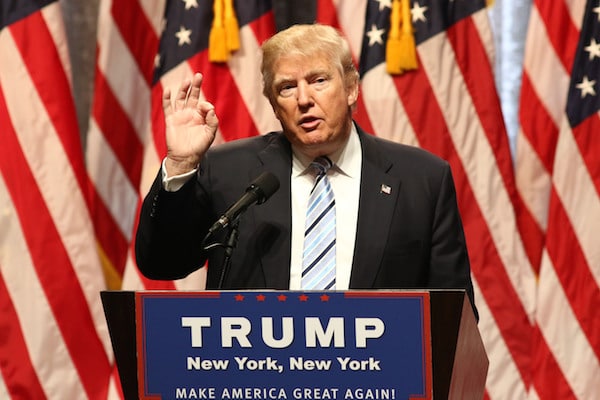 There is absolutely no question; Trump is the worst possible person for President.

He will be an awful leader. He has proven that even if you’re a bully, you can still be in a position of power. Even if you harass and sexually assault women, your prospects will not be affected. Even if you are outwardly racist and abusive towards other people, you can lead a nation filled with the people you openly hate and persecute. Trump’s presidency proves to women that even if you work hard and are more skilled and qualified for a job, a man will still be handed the position over you because of your gender.

But the people who voted for Trump – the everyday, working-class, good people who voted for him – did so because he represented a very real and deep-seated hope to be ‘great again’. A large proportion of people who cast their ballots in his favor didn’t do so because they agreed with the vile comments he made about sexual assault, or because his anti-LGBT views necessarily aligned with theirs. They did it because they believed no-one else they had ever voted for had ever made a difference to their lives, that it was time for a movement against the political institution, a rage against the machine.

America voted for an anti-politician because they felt they didn’t have another option. Unfortunately, what we’ve ended up with is not hope or change; it’s a wolf, who was hiding in sheep’s clothing. And the consequences of letting a wolf in your house are more often than not devastating.