You were supposed to build me up, not tear me down.

It wasn’t okay to call me fat.

You have no idea what I’m talking about, do you?

After all, you never technically used the word “fat” to describe me in the present tense, a fact you continued to hide behind throughout our relationship. Like the technicality that you were referring to my past self and not my present self would somehow make it okay.

Remember the first time you made a comment about it? You knew me for years before you dated me, so you’d seen me go from a size 10 to an 4. (Funny how you only told me how you felt when I shrunk.) In the first few weeks of us being together I asked if you could get me a brownie from my favorite shop that you walked past every morning.

“Haha, don’t get fat again,” you texted back.

We fought. I cried. Instead of telling you where to stick it, I angrily told you how hard I’d worked to get this way and explained all the stopgaps I’d put in place to make sure it never happened again. I reassured you I had it under control instead of telling you to fuck off from commenting on my body.

That “joke” moment changed something for me. I’d been proud of my hard work and loving my new body. Now I became worried that you were paying such close attention to what I looked like. It struck a nerve that you had to know was there. You reminded me that I could so easily gain weight again and started a permanent fear in me.

The next day there was an apology brownie on my desk. But instead of enjoying it, I was so worried you’d think I’d get fat again that I made that tiny brownie last two weeks. I ate a sliver every couple of days, to show you how great my willpower was.

If I could go back in time, I’d make past-me scoff the brownie right in front of you and tell you to go fuck yourself for fat-shaming me.

Over the next few years there’d be many comments. When I asked you to pick up a small tin of hot cocoa powder at the supermarket after having no chocolate for two weeks, you tilted your head and asked, “Do you really need that?” When we were brushing our teeth side by side, me in a crop top and pyjama pants, you looked at my tummy and said “When did that jiggle happen?” I was still a size 4. I only drank one can of soft drink per week but out of nowhere you’d comment you thought I was sneaking cans when you weren’t around. You told me my clothes looked tight. You told me my stomach stuck out. 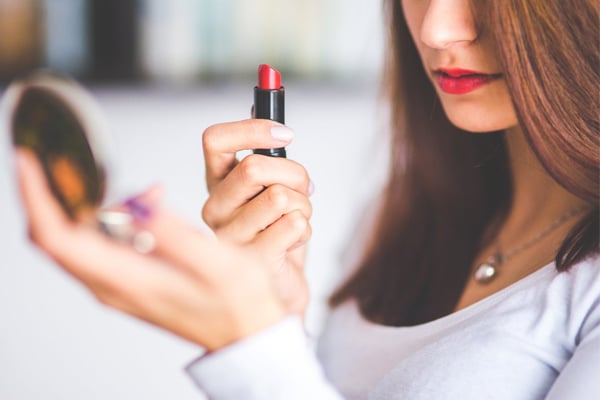 When I’d tell you how hurt I was you were calling me fat, you’d indignantly say “I didn’t say fat.” Like because you hadn’t used the actual, literal word, you’d done no wrong.

What once was my bodily triumph became an ever-present fear. Can’t eat this or he will think I am fat. Can’t drink that or he might make a comment. Don’t wear that dress, it hugs your oversized breasts… and on and on.

Let me tell you this right now (even though I never want to speak to you again): it is never okay to body-shame a woman. Those casual comments you dropped as easily as mentioning the weather wound us on a deeper level than you can comprehend. The stinging barbs said with a laugh lead to confident, beautiful women questioning themselves, thinking somehow they are “less than” because… why?

Why did you think this was okay? Because you thought about facts, dress sizes and numbers, but not my feelings. You were “just being honest”, you said. Wouldn’t I rather be with a partner who told the truth than lied to me?, you said.  You were just helping. You were “worried” I would put my hard work to waste. You thought maybe I hadn’t noticed or was in denial.

No, the only thing I was in denial about was how inappropriate your comments were. Because honesty, without tact, is really just cruelty.

You were meant to be the one person who would love me unconditionally. Who would lift me up and bolster my confidence rather than tearing me down. I spent so long learning to love my body and, in trying to “help”, you gave me a complex. I began to doubt myself, to think maybe I was fat (I wasn’t), maybe I shouldn’t eat that chocolate (I should) and maybe I couldn’t get away with wearing that dress (it looked figure-huggingly amazing and I should have sassed up the room with it).

In the end I got over you quicker than I got over my body complex, which is pretty messed up.

It was never okay to call me fat (or to insinuate it). The brilliant part of it being my body is that I can do whatever I want with it. And now, I’m going to use it to find someone who appreciates Every. Single. Curve.

Comment: How have you dealt with body shaming in relationships?