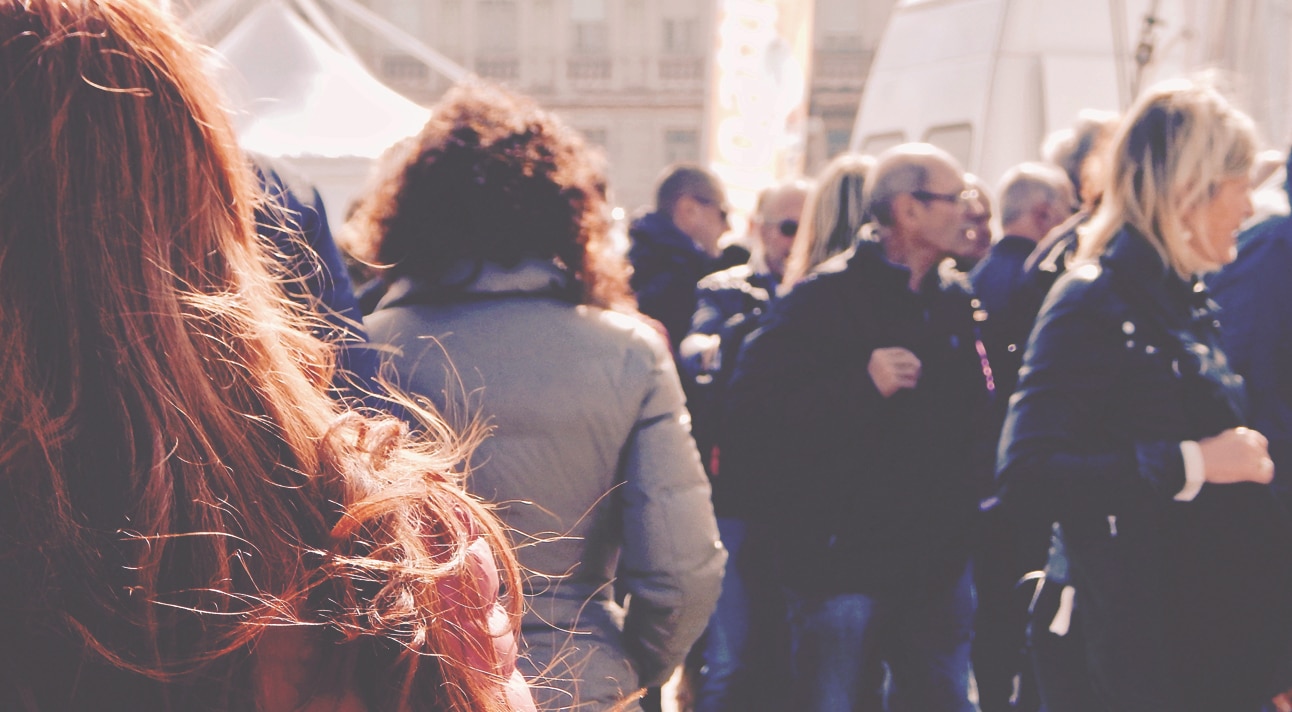 I’ve worried about money every day for more than 30 years.

The first time I ever worried about money was in the school cafeteria in first grade. I was standing in line to buy my lunch when the girl behind me tapped me on the shoulder, narrowed her eyes and announced loudly, “you don’t have enough money.”

I looked down at the coins in my hand, bewildered. What was she talking about? A quarter, a dime, and a nickel made forty cents. That was what I had, and that was how much lunch cost. My mother stacked those three coins next to the door every day for me to grab on my way to school.

“Yes I do,” I said to her, trying to sound as confident as she did. “Don’t you know how to do math?” I threw in, trying to sound snotty, like the popular girls. Being mean didn’t come naturally, but I did my best.

Before things could escalate into an all-out first-grade lunchroom battle, another student intervened. “She’s on reduced lunch,” my defender said, looking at me sympathetically. “It only costs forty cents.”

My face grew hot and I looked down at my Payless Shoe Store sneakers. How had I never noticed before that the other kids in the lunch line were holding crumpled dollar bills? I knew our family was somehow different from other families, but in the school lunchroom, at least, I’d thought we were on a level playing field.

From that day forward, I started to pay attention. I noticed things I hadn’t given a second thought to before, like where people had their birthday parties. Mine were always at home – my mother made the best, most beautiful birthday cakes, and created elaborate treasure hunts for my friends and me to follow. We folded out the sofa bed in the living room and all squeezed onto it, laughing and nudging each other to shove over so we didn’t fall off.

But other girls had their birthday parties at restaurants, where we were paraded into the kitchen and allowed to make our own sundaes. They had store-bought cakes. At their houses, we watched movies on big-screen color TVs and slept in guest bedrooms. I’d always felt sorry for kids who had store-bought birthday cakes, until I realized they preferred a store-bought cake.

At some point, I stopped being invited to other kids’ birthday parties, and even to their houses. I’m still not sure why. Was it because I couldn’t reciprocate properly? We only had a 13-inch black and white TV with a rabbit ears antenna – we got two or three channels pretty clearly, but the rest were snowy and crackly. We weren’t allowed to watch TV very often, so I didn’t care. But I knew that at other people’s houses, the big color TV was on all the time, from breakfast until late at night.

It’s been more than thirty years since that day in first grade, when I realized I was poor. Since then, I don’t think a day has gone by that I haven’t worried about money.

For richer or for poorer

A couple of months ago, The New York Times ran an article called “What the Rich Won’t Tell You.” In it, wealthy city-dwellers talked about being ashamed of how much money they had. One woman confessed to taking the price tags off of things so her nanny wouldn’t see how much they cost. She felt particular guilt over buying loaves of six-dollar bread, calling it “obscene.” She was aware of the immense privilege she had, and of the privilege her immigrant nanny lacked – aware enough to feel guilty, but not guilty enough to buy less expensive bread, or, presumably, to pay her nanny a high enough salary that she, too, could afford to spend six dollars on a loaf of bread.

From another recent New York Times article, I learned the term “Manhattan poor.” These are people who live in Manhattan, send their children to private school, pay an exorbitant amount in rent, probably have a summer home, and yet regard themselves as “poor” because they’re surrounded by people who have even more money than they do. Never mind six-dollar bread; these are people who feel they’re depriving their children if they haven’t taken them to Paris before they finish kindergarten.

I wouldn’t have understood any of this ten years ago. Growing up in the Midwestern United States, I didn’t know anyone like that. No one went to private school except the super-religious kids whose parents didn’t want them to have sex education. And I didn’t know anyone who’d been to Paris, kids or adults. Now that I live in New York, these kinds of people are everywhere. But I didn’t know, until I read that Times article, that they might be ashamed of their wealth – or that they might not even think they’re rich at all.

How do you know if you’re rich? I suppose no one ever feels like they have enough money. No one wants to call themselves “rich.”

When I was growing up, I thought anyone who lived in a two-story house was rich. If you wore Guess jeans, or had ever been to Disneyland, or had a swimming pool in your backyard – even one of those above-ground ones – you were rich. If your parents never bought groceries at the scratch-and-dent store, or drove a new car instead of a beat-up used one that was always breaking down, you were rich.

But what is rich, really? If you’ve never laid awake at night, wondering how late you can be on rent before your landlord evicts you, and wondering where you and your children will go if that happens, you might be rich. If you’ve never had a negative balance in your checking account, and at the same time had no savings, no retirement, no health insurance, no jar of spare change under the bed, no inheritance waiting for you – nothing – you might be rich.

And so, rich people, here’s what you’ll never understand: when I say I can’t afford something, I mean I actually don’t have the money for it. I don’t mean I don’t want to spend it, or move my investments around, or ask someone for it. I mean there is no actual way for me to come up with the money. Also: I’m 42, I’ve never been to Paris, and I don’t expect that I’ll ever go. Neither of my parents ever did; why would I? In my world, trips to Europe aren’t a thing.

I can’t imagine a day when I’ll feel like I have enough money. Never mind owning a house; I’ll probably never be able to afford to have the bad crown on my tooth fixed. I don’t expect to ever be able to stop working, because if I stop working, I stop eating. There’s no safety net for me. No trust fund, no inheritance, no savings account. But I’ll never talk about it, just like you’ll never tell your nanny how much your dress cost. I guess shame is one thing we have in common.

Just something to think about while you eat your six-dollar bread.

Comment: Did you grow up poor? How does it affect you today?