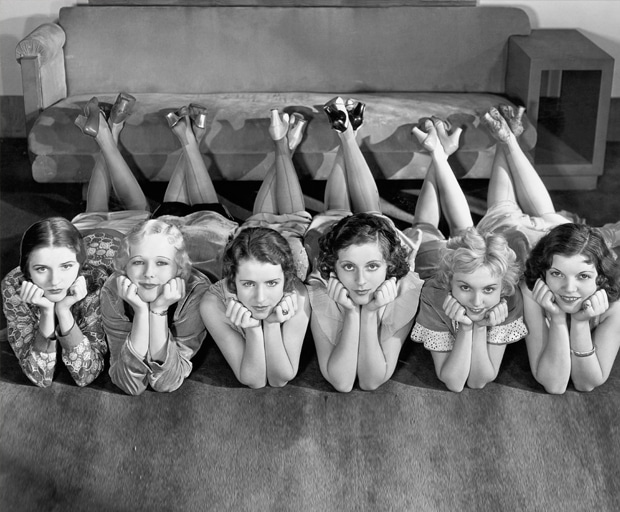 What I Learnt About Being A Transgender Woman

Because the future of female-kind is at stake.

A couple of weeks ago, I wrote an article about using my looks to get ahead.

It was an unapologetic admission of confidence in my physical appearance, and that I have the intelligence and skills to back it up. I made sure I included a few pictures of myself. You know, to put my money where my mouth was.

My intention was not to self-promote, but to encourage other women to feel the same about themselves.

I was interested to see whether people understood the point I was blatantly trying to make. Sadly, the responses to the article were horribly one-sided. Comments like “her face is ugly so we’d have to see the body”, “no lips or anything”, “narcissism”, and “I expected to see a ravishing supermodel” were at the forefront.

It’s not as if I’m sensitive to this; people will say anything behind the anonymity of a username. What disturbed me was none of these comments in any way related to my confidence, abilities, or the life-affirming message I was attempting to convey. Instead, they were all to do with my physical appearance. And that is cause for concern.

My whole life I have observed women tearing each other down for daring to step out of the pack. I have quite a few close female friends who have admitted they didn’t like me when they first met me. Why? They thought I was arrogant, vain, or egotistical. In short, women will only allow each other to express self-assurance if they are a carbon copy of Catherine Zeta-Jones.

This assumption among females of confidence as arrogance, physical assurance as vanity, and self-awareness as egomania is something I see all the time. I’ve been party to countless bitching sessions in which a particularly attractive or accomplished woman is confidence-shamed, or slut-shamed, or skinny-shamed, or any-other-kind-of-shamed you can think of. In my early 20s, when I was less secure, I used to participate. Now, I just walk away.

Recently, my frustration with the seemingly inexplicable urge of women to deny each other the right to self-confidence got me thinking. Men don’t seem to do the same thing, at least not to the same extent. So what is it about women? Is the complex borne from nature, or is it nurtured? More to the point, can we eliminate it, or are we doomed to forever quash each other’s egos until we have nothing left?

According to psychologist at Florida State University, John Maner, the reason women are inherently competitive is purely primal, and comes right down to our sense of smell. Yep; women can literally smell competition. Maner states it’s a case of an increase in testosterone when women are close to ovulation.

“It’s well known that testosterone is linked to aggression and competitiveness,” he states.

“Based on our testosterone findings, one could speculate that women exposed to the scent of ovulation might become more antagonistic or competitive.” 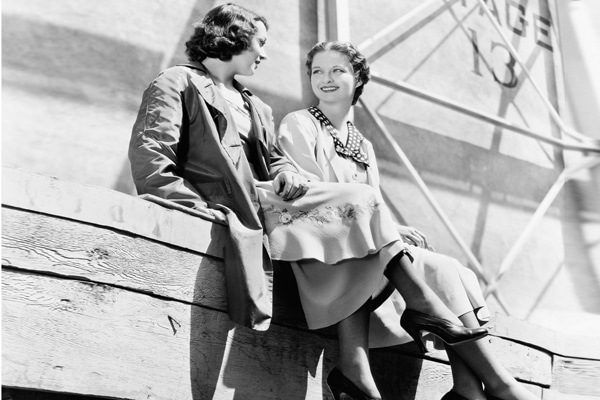 But competition over what? Well, as primitive as it sounds, it all comes down to attracting a mate. Believe it or not, the reason women are inherently nasty to each other is because deep down, we want to eliminate the competition, gain a male protector, and successfully continue the human race.

Nauseated yet? Let me explain. Back in the 1980s, evolutionary psychologist David Buss discovered intra-sexual competition comes in two forms, self-promotion and competitor derogation. Men demonstrate and promote their physical abilities and social status; masculine traits women are attracted to. On the other hand, women promote youth and physical attractiveness; feminine traits men find appealing. Men disparage their opponent’s economic and physical strength, whereas women pick apart the age, appearance and character of the competition.

So why do we take this to such an extreme level? The answer is social insecurity. We’ve been primed by the patriarchy to project our self-worth as defined by our sexual desirability onto ourselves and each other. In other words, what men inherently desire in us, we now desire in ourselves, and will go to any lengths to achieve.

And achieve it we do. According Emmanuel College researcher, Joyce Benenson, female competitiveness has three distinct facets. Firstly, to prevent inhibiting future pregnancy and child-rearing, women must protect their bodies from physical harm. As such, we rely on passive rather than physical aggression towards our counterparts. This accounts for the subtle verbal stabs we take against each other, and the fact we often fight in groups.

Secondly (and this explains a lot), highly accomplished and very attractive women inherently require less help and protection from other women. As such, they are less inclined to emotionally invest in other females, who could be considered competition. Therefore, women who distinguish themselves from the pack, or assert their prowess on any level, present a huge primal threat. Given this biological wiring, it’s unsurprising self-promoting women encounter hostility.

Finally (and we’re going back to highschool here), women cut down potential competitors by social exclusion. If a very attractive, confident, or accomplished woman arrives in a workplace or a particular social scene, the women already present may subtly (or not) exclude her. This compels her to withdraw, and as such, increases the existing women’s chances with the surrounding males.

At first glance, the situation seems hopeless. We could be doomed to walk the halls of insecurity until the end of time. After all, it’s hard enough to stop lady hormones tricking us into falling in love after sex. It would seem damn near impossible to control our primal instincts every time perceived competition comes on the scene.

But you know what? We have to try. We have to draw on our humanity, our inherent kindness, and remember life is not all about snatching a man. We have more to offer than our primal selves. So, women of the world, it’s time to evolve, and allow each other to flourish. As dramatic as it may sound, the future of our species is at stake.

Comment: Have you ever experienced competitiveness with other women?