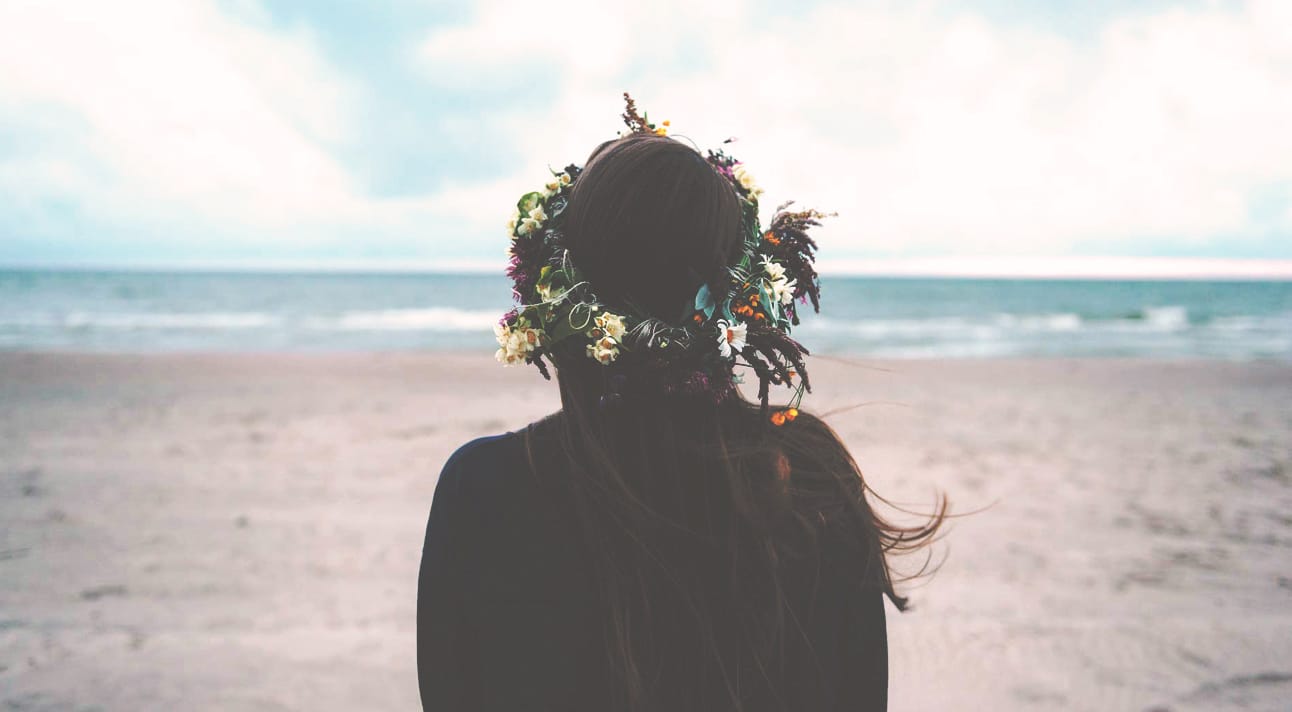 Don’t assume someone is fine just because they’re smiling.

Three days before Linkin Park singer Chester Bennington took his own life, he was goofing off with family and friends, spitting out a rotten egg-flavored jellybean and laughing while playing a game. His widow, Talinda Bennington, recently shared the sweet video of her husband on Twitter, bringing to light something that’s hard for many people to understand: people who are severely depressed, even to the point of being suicidal, can appear to be perfectly fine – on the outside.

The images of Bennington in the days before he died are heartbreaking; his wife also shared a picture of their family together, looking out over the ocean, smiling and laughing. “Suicidal thoughts were there, but you’d never know,” she wrote.

If you’ve ever been seriously depressed, you probably already know that looking okay and feeling okay are far from the same thing. Sometimes you pull yourself together in hopes that the old “look good, feel good” trick will work – and it might, at least a little bit, for a little while. But if you’re in the grip of a bad depressive spell, it’s always there, just under the surface, ready to come roaring back with full force as soon as the sun starts to set, or your friends go home, or when you wake up at 3AM and can’t fall back to sleep.

This was days b4 my husband took his own life.Suicidal thoughts were there,but you’d. Never kmow. #fuckdepression pic.twitter.com/2IPXxXJxmT

People with high-functioning depression often seem to be doing better than just fine; they’re holding down demanding jobs, juggling multiple responsibilities, and in general, being the life of the party. You literally can not know how someone is feeling from their outward appearance, or their accomplishments.

To illustrate the point, people have posted pictures on Instagram, using the hashtag #facesofdepression. In one, Jessica Woodard Sowards beams at the camera, glowing. In her caption, she explains that it was taken when she’d gone off her antidepressants and came close to ending her own life. “Normalize mental health issues. No more shame in my struggle,” she writes.

But if looking happy doesn’t necessarily mean anything, what does? It’s scary to think that someone you care about might not be “okay,” no matter how bright and sunny their smile is, or how much they seem to have their shit together. How can you know if someone is struggling underneath their shiny happy exterior?

You guys! This is the face of depression and suicidal thoughts. 3 years ago antidepressants saved my life and then a year and a half ago they almost claimed it because I just decided I was happy and quit taking them suddenly. Suicide is a permanent solution to a temporary problem. Normalize mental health issues. No more shame in my struggle . #suicideprevention #itsoktonotbeok #faceofdepression National Suicide Prevention 1-800 273 8255 It’s OK not to be OK ??????

For one thing, when someone is seriously depressed or suicidal, there’s usually a history of previous depression or other mental illness, trauma, or addiction; Chester Bennington had a long history of substance abuse and depression, and was a survivor of childhood sexual abuse. So if someone in your life has battled depression in the past, don’t assume it’s in the past. Check in with them regularly, ask how things are going, and make it clear you’re not just making small talk. Really listen to them when they tell you how they are.

Chester Bennington’s close friend and fellow musician Chris Cornell hanged himself only months before Bennington died in the same manner; there is much evidence that people who know someone who dies from suicide are more likely to die by suicide. Jennifer Michael Hecht, author of Stay: A History of Suicide and the Philosophies Against It, says, “when a person kills himself, he does wrenching damage to the community. One of the best predictors of suicide is knowing a suicide.” Keep a close eye on friends and family who lose someone to suicide; they are now at greater risk.

Sometimes the smile itself is a clue that something is amiss. Once someone has made the decision to go through with suicide, there is often a calm, happy period, when they feel at peace because they’ve made up their mind. They might visit old friends, clean and organize their home, or start giving their possessions away as gifts. This behavior, which might be taken as positive, could be a warning sign – so don’t take it lightly.

And if you’re the one smiling on the outside but aching on the inside, know that you aren’t alone. Whether you’re wishing someone would see through your I’ve-got-it-all-together exterior and help you, or you’re certain things are hopeless and you’re beyond help, reaching out is the first step to feeling better.

If you’re considering suicide, or think someone you know might be, here’s where to call:

Comment: Have you ever been depressed and appeared “fine” to the rest of the world?